The tech industry has been spoiled by decades of market domination.

First it was Microsoft’s monopoly, with new PC shipments hitting the 100 million mark for the first time in 1999, with most running Windows, and continuing to grow at double-digit percentages for another decade. Industry analysts were disappointed when sales were only 300 million last year.

Next it was Apple’s turn to take over, selling more than 400 million iPods since the product's launch in 2001 and topping that performance with the iPhone, which has sold more than 500 million units since its debut in 2007. (The iPad has also sold hundreds of millions of units to date, although its momentum is slowing.)

And then it was time for Android to take over the title of volume leader. Collectively, handset makers worldwide are on track to ship more than 1 billion Android-based smartphones in 2014.

With numbers that big, it’s tempting to dismiss any product category whose sales can’t be measured in nine digits or more.

And yet there are plenty of products and businesses that manage to limp along selling mere millions, and in some cases even less than that.

For the sake of comparison, I put together this chart listing recent sales or shipments for a single quarter for some well-known brands.

It's an elite group that can ship and sell more than 10 million of anything in a three-month period. Samsung actually ships smartphones in volumes that are greater than the entire output of the PC industry, with Apple selling far fewer units but taking most of the profit.

What I found interesting about Samsung's performance is that a single model, the Galaxy S5, has sold more than 10 million units in back-to-back quarters, roughly equal to all models of Apple's iPad.

In yesterday's earnings call, Microsoft revealed that it shipped 9.3 million Lumia smartphones in the third quarter. At that pace it will almost certainly crack the 10 million mark in the fourth quarter. In any other industry that would be an enormous milestone. But in smartphones it's a crushing disappointment, despite the fact that the gross margin for that category is a healthy 18.4 percent.

As a point of comparison, it's worth noting that sales of Chromebooks from all manufacturers in the second quarter of this year totaled 950,000 units. That's thousand with a T, not millions or billions. Sales may be surging , but Chromebooks still represent less than one-tenth of the sales of Microsoft's disappointing Lumia line, at similar average selling prices. 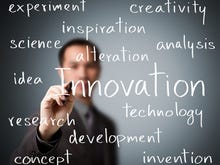 Special Feature: IT Innovation for Small Businesses ZDNet and TechRepublic have collaborated on a series about how small businesses can use IT as a catalyst to power innovation and efficiency. We've got original research, advice, case studies, a free ebook, and more.

And then there are iconic brands whose reputations are completely out of scale with their market performance.

Apple's Mac, for example, sold 5.5 million units worldwide in the most recent quarter, its highest total ever for a single quarter. But that's only about 6 percent of worldwide PC shipments, and the Mac installed base is roughly the same size as the Lumia installed base today.

Microsoft sold "only" 2.4 million Xbox consoles in its most recent quarter, a total that is probably slightly lower than Sony's PlayStation performance. That decade-old business is a success by most measures, but some critics insist Microsoft should get out of gaming completely.

And then there's TiVo, a brand whose name has become a part of the English language. Even if you have a DVR from your cable or satellite company, you probably refer to the act of recording a program as "TiVoing it." But TiVo's business isn't in the same league as the other companies I've mentioned. In the most recent quarter, TiVo had a mere 937,000 subscribers using TiVo-branded hardware, and it's been losing subscribers in that category at a rate of 20,000 or so per quarter in recent reporting periods.

Meanwhile, Netflix, without any hardware of its own, continues to grow, gaining more than 3 million paid streaming subscribers in its most recent quarter and crossing the 50 million mark.

The moral of the story: Numbers aren't everything. A small, well-run business can still change the world, even if it never comes close to having a monopoly.

Join Discussion for: How big does a tech product have to be before...