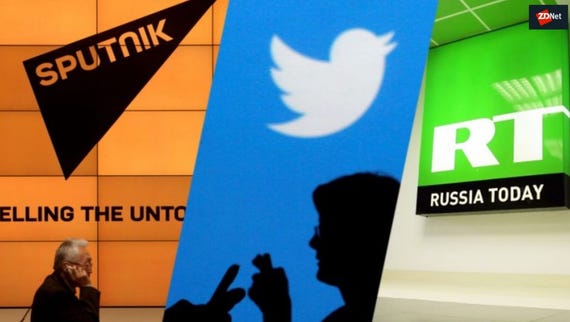 Donald Trump's improbable rise to the presidency looks dirtier and dirtier. In the latest revelation, Facebook announced on March 18 that University of Cambridge psychology lecturer and St Petersburg university professor Dr Aleksandr Kogan "lied to us and violated our Platform Policies by passing data from an app that was using Facebook Login to SCL/Cambridge Analytica, a firm that does political, government, and military work around the globe".

According to former Cambridge Analytica's parent company SCL employee Christopher Wylie, Kogan provided data on over 50 million Facebook profiles for Cambridge Analytica. Ironically, Wylie, who had nothing in common with his right-wing bosses -- hedge fund billionaire Robert Mercer and Trump's key adviser Steve Bannon -- was the one who came up with the programming, which enabled Trump's backers to use "Facebook to harvest millions of people's profiles. And built models to exploit what we knew about them and target their inner demons. That was the basis the entire company was built on."

In partnership with Kogan's company Global Science Research (GSR), they did that by creating the app, "thisisyourdigitallife". This purported to be a personality quiz that was billed as "a research app used by psychologists". It was used to spread individually targeted political propaganda.

This seemingly harmless quiz helped gathered, according to Cambridge Analytica CEO Alexander Nix, "nearly 5 thousand different data points about you to craft and target a message".

It was never just the answers people gave to the quiz. The real crown jewel was the open access it gave Cambridge Analytica to their Facebook accounts. According to Wylie, hundreds of thousands of Facebook users took personality tests with the app. In doing so, users consented to their data being collected for academic use. Its use was to prove anything but academic.

At the same time, the app also gathered the test-takers' Facebook friends' personal information. This led for over 50 million users' data being passed on to Cambridge Analytica. This is against Facebook's "platform policy" which banned the collection of friends' data for advertising or any reasons besides improving user experience.

Yeah. That worked out well.

This data was then used, as Nix said, to create "individualised targeted and engagement ads". The data was analyzed in part with the Big 5 Personality Traits psychological model, aka OCEAN V. The result, according to Nix, might target a religious voter with 30 percent religious-tinted messages, 20 percent gun rights messages, and 30 percent with economic ads, while targeting his NRA member neighbor with mostly gun rights messages on Facebook.

How successful were they? There is no question that social networking played a major factor in the 2016 election. According to Cambridge Analytica lead data scientist David Wilkinson, the company advised Trump's campaign to allocate time and resources to rural voters, especially in Florida, Pennsylvania, and Michigan. This led to Cambridge Analytica saying afterwards, according to a resentful former senior Trump technology staffer, "Look, I'm not saying they lied but for Cambridge Analytica to run victory laps and claim they won the election for Trump is a huge exaggeration."

Maybe it wasn't that much of an exaggeration.

Many, including the The New York Times, called the incident "one of the largest data leaks in the social network's history" and a "breach".

Facebook's general counsel Paul Grewal said in a statement it was "completely false" to call the incident a "data breach," and threatened to sue those who call it a breach.

Privacy researcher Sarah Jamie Lewis sarcastically tweeted, "Basically Facebook enabled mass phishing of accounts based on a promise developers wouldn't misuse that data. The system was working as designed, Facebook handed that data over willingly. Therefore their processes were just broken ... it wasn't a breach you see."

Facebook was aware that some of its users' data had been misused as early as 2015. Facebook demanded in August 2016 that both Kogan and Cambridge Analytica certify they had deleted the data. This was days before Trump hired Steve Bannon, former Cambridge Analytica vice president, to run his presidential campaign. Only now, as the news leaks, has Facebook admitted publicly that users' data has been harvested.

There are two morals to this story.

First, if you put any personal information on a public-facing network -- Facebook, Twitter, LinkedIn, whatever -- you can expect it to be gathered and used. That should be old news to most of you, but people still seemed surprised when they learn how little "privacy" there actually is on the net.

Second, no matter how interesting or amusing a Facebook quiz looks, if it requires you to let it access your Facebook account, don't take it. The only purpose of these quizes is to gather your information.

Finally, check to see what apps already have access to your data. Many sites use Facebook Connect logins as their logins. That's fine, but keep in mind if you turn off your Facebook account, you also lose access to these sites. But, there are other apps that you may not be using and are just vacuuming down your data. Delete these. You can do this by going to your Facebook applications setting page.

Join Discussion for: ​How Cambridge Analytica used your Facebook...