How drones can augment first responders

Drones and AI can be used to supplement first responders on the front lines of emergencies, but there are still ethical and technical hurdles to overcome.
Written by Esther Shein, Contributing Writer on May 11, 2020 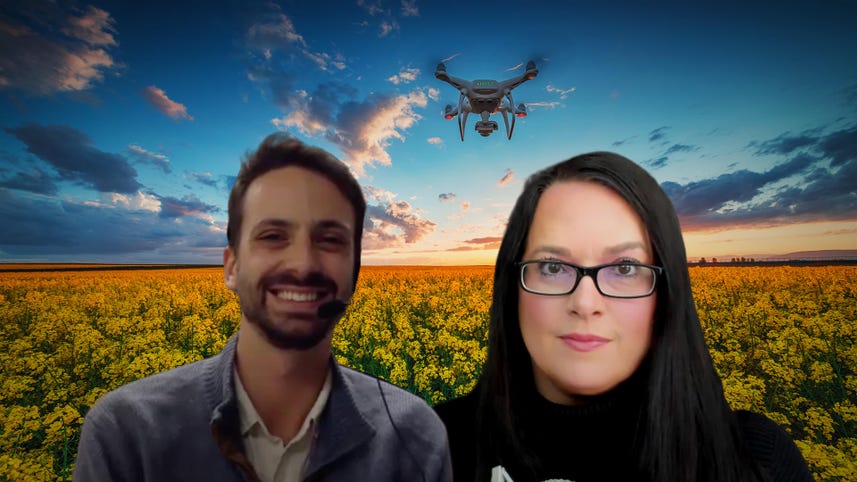 In mid-April, Westport, CT, police announced they would be testing the first ever series of US "pandemic drone" flight tests in the town, which was a significant hotspot, to identify social distancing and detect symptoms of the COVID-19 virus. Two days later, the department backed out.

Police Chief Foti Koskinas said in a statement that after public outcry over privacy concerns, the department decided not to participate in the program with drone maker Draganfly.

"Although I see the greater potential of this technology, I will always be responsive and respectful of the concerns of our citizens," Koskinas said in a statement on the department's Facebook page. "In our steadfast commitment to public service, we remain honored to have been given an opportunity to assist in a pilot program, which could someday prove to be a valuable lifesaving tool."

Drones, or unmanned aerial vehicles operated by a computer or a remote control device, are being eyed more frequently for use in emergency first response because they can survey dangerous places and take pictures that would otherwise be difficult to capture. They can also save lives. Police and fire departments have been early adopters. But as the Westport case illustrates, there are privacy concerns about use of surveillance technologies. The key is finding a balance as drones could prove invaluable, especially with first responders.

Drones are being widely used during the pandemic, and it's clear they are here to stay. Drones have been spraying disinfectant in China to fight the coronavirus, and mobile robotics overall will be a $23 billion market by 2021, ABI Research forecasts. "By the time the COVID-19 pandemic has passed, robots will be mainstreamed across a range of applications and markets," said ABI senior analyst Rian Whitton.

Karen Panetta, an IEEE fellow and dean of graduate engineering at Tufts University, is developing a system architecture that is AI trained on data coming from sensors.

Drones are especially useful in forest fires, she said, because they give a much bigger perspective on what's going on. A drone can indicate if people are stranded on top of a building, or if a roof might be ready to collapse. "It gives you that bird's eye perspective without you having to physically go there,'' Panetta said. "That alone is hugely advantageous."

Panetta said she can take data from a camera or thermal sensor or any video from a drone, feed it into her software and it will detect and recognize objects.

Her original prototype was for a drone to help conserve African elephants about two years ago. But Panettta felt her drone would also be ideal for first response. "AI is like an engine and I can tune it" for use in dangerous situations, she said. The drone is simply the vehicle to gather the data.

One of Panetta's first applications was a drone with a radiation sensor mounted on it so that after a dirty bomb or radiation leak, first responders could test a site for chemicals and radiation levels.

"They need rapid advice and information to make quick, informed decisions,'' she said. "If you don't have all the information presented to you quickly, they don't have the opportunity to see the configuration of a building," including whether it was built with materials like asbestos. That way, a first responder has a sense of the dangers they will be encountering.

"You're not walking in blind," Panetta said. "They risk their lives and it's unnecessary. The information is there."

One of the largest impacts AI is making on first responders is in providing human cognition of a space, agreed Michael Perry, vice-president of business development at robotics company Boston Dynamics. The next level is to go beyond human sensing of a space and include several sensors on a platform so a robot or drone can do a full assessment of an area and update that in real time.

Further ahead, the goal is to provide analytics to better predict the progress of a disaster and save lives, Perry said. That will be more of a challenge, though, he said. In a flood scenario, for example, a system can show historical maps of how floods work in a particular area and where there is higher ground and elevation models from previous incidents. That would tell first responders where to stage equipment and target their resources to help the greatest number of people in real time, he said.

"But perhaps there will be better synthesis to make better predictions in the future,'' Perry said. "You want the person doing the tough call but if you can enable them with better information, perhaps they can use that to save lives."

Technology is both a benefit and a liability

Of course, any technology is prone to failure. "People mess up all the time and particularly with new technologies that are not fully vetted or deployed at scale,'' Perry said. Or a novel technology could be misused -- someone might crash a drone because they are not an expert pilot, he said, or they may be used in an environment that doesn't lend itself to a drone.

"So better education of how to use the technology -- not just in technical sense but setting better norms around the use of drones -- will undercut those risks,'' he said.

Drones are also very expensive and they may be prohibitive for a municipality to own, Panetta noted. Depending on the model and type of drone, the cost can range from $5,000 to $10,000 for a mile's distance, she said.

Another issue is they cannot be operated in high winds. Operators also need to consider their range -- drones can only go certain distances before transmission is lost, she said.

Then, if someone wants to add sensors, it adds weight and "they're not made to carry sensors,'' she said. "If you need to go farther distances the drone has to be able to carry that and then you're talking about altering the flight dynamics and the battery life. Then you'll have to go for higher capacity."

Panetta isn't sure what a drone's shelf life is, but she said that "propellers always break and batteries die…I haven't seen one that's good for more than a year or two before the rotors and blades and batteries have to be replaced. They break more often because a lot of them are very delicate machines." Of her drone, Panetta said, "I can't tell you how many rotors and propellers I go through."

Drones should supplement, not replace humans

Still, the benefits may outweigh the negatives, especially when it comes to keeping first responders safe and informed, observers say. Drones provide safety, speed, communication, access in difficult terrains, and the ability to work with other tools, said Cameron Chell, CEO of Draganfly, the company that was working with the Westport, CT. Police Department.

Drone usage becomes more clear cut when a person doesn't have access to a certain environment. "If a bridge is out and you can't get across or during a tsunami, drones have been instrumental for search and rescue,'' said Panetta. "Otherwise, [first responders] would have had to suit up and go in with handheld Geiger counters…and when it goes off they have to back up. You're traversing dangerous structures, whereas a drone can tell you about the egress."

Everyone thinks AI "is a magic box" that will replace humans, Panetta said. "I look at is as an aid, an enhancement. At the end of the day, I want the human making the decision."