Drone regulations are up in the air

In one week: Court overturned the FAA's recreational drone rules, a drone crashed into spectators at Petco Park, and senators introduced the Drone Federalism Act.
Written by Kelly McSweeney on May 26, 2017 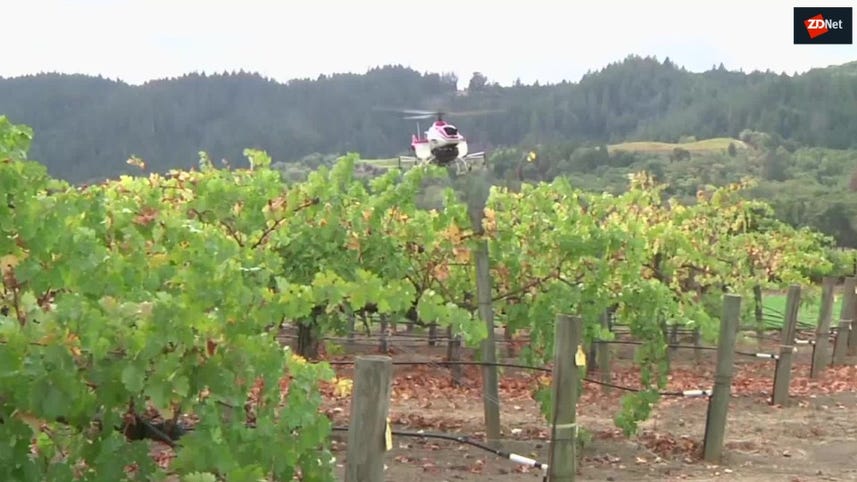 At a San Diego Padres game on Sunday, spectators ducked and reached to catch -- not a baseball, but a stray drone -- as it flew overhead and crashed into the stands. Fortunately, nobody appeared to be harmed, but it's easy to see how similar irresponsible flying could be a problem in the future.

We need clear, enforceable rules, but drone regulation is complicated. These unmanned aerial vehicles can range from a selfie camera that fits in the palm of your hand to a powerful flying robot that automates farming. Officially, drones are considered to be aircraft or model aircraft, depending on how they are used. (More on that in a bit.) Given this wide variety of applications and undeniable rising popularity, it seems that drones deserve a new legal category and perhaps even dedicated air space, but for now they remain in limbo.

On Thursday, a bipartisan group of senators introduced the Drone Federalism Act, which could establish a process for federal, state, local, and tribal governments to work together to manage the use of recreational and commercial drones. It is the latest attempt to make rules that balance between letting people enjoy technology while ensuring public safety.

"As drone use has exploded across America, neighbors, communities, and local governments are all still trying to figure out the best way to balance the property rights of drone users, land owners, and public safety," said Senator Mike Lee (R-Utah), in a statement. "These disputes need to be decided at the local level, not with top-down proclamations from Washington. This bill allows for those solutions to be discovered while still protecting interstate air travel."

The debate over how to regulate drones is so complicated that even the Federal Aviation Administration (FAA) is still figuring it out. Just last week, the District of Columbia circuit court of appeals ruled that the FAA is not legally allowed to regulate model aircraft such as recreational drones -- which is a bit awkward, since the FAA has (illegally) required drone registration since 2015. The Unmanned Aircraft Systems section of the Agency's website currently warns:

"We are carefully reviewing the U.S. Court of Appeals decision (PDF) as it relates to drone registrations. We are in the process of considering our response to the decision as well as any registration implications for non-commercial users. Please check this website regularly for further updates and instructions.

In the meantime, we encourage registration for all drone operators."

The recent incident at Petco Park occurred just over a month after San Diego amended the city's drone law to bring local laws in line with the FAA's rules so that local authorities can issue citations for reckless flying. Unfortunately, since recreational drones no longer have to be registered, cops will have a hard time tracking down the culprits.

The drone that crashed at Petco Park appears to be a GoPro Karma, which could've been part of a recall. (See: GoPro recalls all Karma drones for more.) While rules are shifting, it's likely that large venues will start to find their own ways to protect their customers, such as investing in anti-drone technology.

Sebastian Blum, VP of Business Development at Dedrone tells us, "Dedrone's software is a proactive detection solution, which would be able to detect this drone over one mile away from the stadium, and also map its flightpath, giving security personnel a warning of an incoming drone and protecting their athletes and spectators. With a proactive drone detection, security would be able to find the drone when it entered the stadium and intercept it and prevent any spectator harm."

Last year, the FAA released long-awaited guidelines for commercial drones, and since then, hundreds of thousands of pilots have registered to fly drones for business. Now, we're overdue for clarification for hobbyists who fly drones for fun.