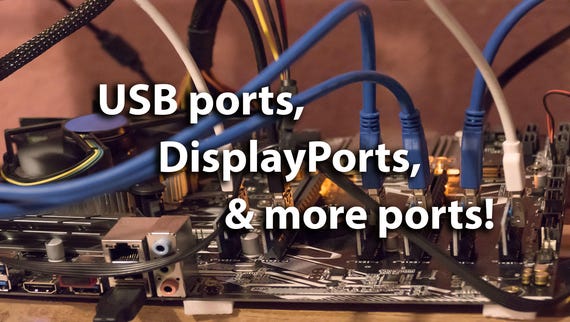 About a year before many of us found ourselves with plenty of time at home to work on DIY tech, educational computing company Kano teamed up with Microsoft to release the Kano PC, a maker-inspired 2-in-1 that featured the journey of learning about what all the components did and the reward (or punishment, some who prefer Raspberry-flavored Linux, would argue) of using a functioning Windows PC.

The Kano PC was a friendlier, more portable throwback to days when PC owners routinely explored their computers; internals in order to add what's now considered core functionality or assembled their own rigs as a fringe of mostly performance-optimizing gamers still do. But, while the assembled device was great for learning Scratch in a classroom setting (think extra-chunky Surface), neither the performance nor look screamed "professional."

That's not the case for the Framework laptop, a modular clamshell that, at less than 16mm thick, is competitive with mainstream laptop designs, particularly given its use of Intel's 11th-gen Core architecture. Indeed, nothing at a casual glance gives away the notion that this is a PC that ships with a screwdriver and has all of its internal parts labeled to facilitate replacement or repair.

The Framework laptop has a near-term and long-term value message for potential customers. First, out of the gate, customers should be able to choose from a wider range of components that are available in a typical customize-to-order model. Framework, which wants to encourage third parties to develop modules for its PC, will start with the classic chicken-and-egg problem that many modular systems have confronted. However, founder Nirav Patel says that there has already been a lot of inbound interest in modules, which are simple to make. Candidates could include everything from 5G modems to serial data acquisition ports. Prepare for a whole new level of one-upsnerdship. ("What? It's 2021 and your laptop still doesn't have an RS-232 connector?")

Second, assuming Framework sticks it out, customers can look forward to a useful laptop life designed to be double that of today's laptops since components such as batteries, mainboards, and keyboards can all be easily replaced or upgraded. More important than pure longevity, though, is Patel's quest to aim for more "happy years," that period of laptop ownership where the PC looks unboxed and acts unencumbered by specs that have fallen far behind the state of the art. And, of course, there's an even longer game behind the sustainability advantages that result from keeping laptops in use longer.

As noted, PCs have a long legacy of modularity on the desktop, and Framework plans to appeal to tinkerers by offering the Framework laptop as a DIY kit. But much of the focus on building a modular device over the past few years has focused on the smartphone, a quest in which Lenovo -- despite an earnest attempt with the Moto Z line -- has fallen short. Patel hails efforts like the Fairphone designed to improve the longevity of a smartphone but notes the challenges of trying to innovate in the cut-throat smartphone market.

Selling laptops isn't quite being the only umbrella vendor in a storm, either. But if Framework can piece together a critical mass of customization enthusiasts, DIY early adopters, and the environmentally conscious, it could eventually attract the interest of corporate buyers. Such customers would appreciate the startup's potential to deliver exceptional longevity, serviceability, and, potentially (by swapping out SSD modules), security in a package that's nearly as modular as LEGO, but is anything but a toy.

Computer company Framework wants you to upgrade and repair your laptop
Built around a right-to-repair philosophy, the 13.5-inch Framework Laptop can swap out its main board, battery or even keyboard and ports.

Framework Laptop is an easily upgradeable 13.5-inch notebook coming this summer
Tired of laptops that won't even let you replace their batteries, much less anything else inside? Framework looks to remedy that issue with its forthcoming portable, which is the latest attempt to bring the modular concept to the laptop space.

Fairphone 3, hands on: Ethically sourced and user-repairable
In a world where handsets jostle with each other to have the best camera, screen, battery life or aesthetics, Fairphone stands out for its ethical approach.

Join Discussion for: How Framework's pieces could come together...