Intel is boning up on its soft sciences to divine what drives customers to buy a certain device and what characteristics matter.
Written by Larry Dignan on Oct. 9, 2011

If you want to peer into the future like Intel it may be a wise idea to hire a few anthropologists and political wonks with survey experience.

Intel, a company that revolves around peering into computing's future, has a market research team schooled in professions you wouldn't expect to find at a semiconductor company. In other words, psychology, anthropology and social science majors can find at home at an engineer-dominated company. Yes folks, Intel is boning up on its soft sciences to divine what drives customers to buy a certain device and what characteristics matter.

We caught up with David Ginsberg, director of insights and market research at Intel, and Tony Salvador, senior principle engineer of the Experience Insight Lab at the company. Ginsberg was a Clinton/Kerry campaign manager and a researcher at Penn Schoen. Salvador was the first ethnographer to join Intel.

The combination of demographics with social, neurological and market research gives Intel insights into product design as well as customer targeting.

Here's a recap of our conversation with Ginsberg and Salvador by the key points.

What exactly is Intel after? Ginsberg said Intel is holding focus group, surveying customers and conducting quirky interviews to understand the emotional characteristics of consumers. "There are emotional and unstated desires that affect how people behave," said Ginsberg. These findings can be taken to engineers and product designers to create new devices and themes to carry the company forward. Salvador said that Intel is looking for "stable values" that can be used to imagine the future. These fundamental values are worth targeting because they are universal even if technology changes around them.

How does this approach develop markets? Salvador indicated that demographic and ethnographic observations in the health care industry led to the chip giant entering the monitoring device market---ultimately via a partnerships with GE. In 2003 and 2004, Salvador's group observed clinics and doctors. "We wanted to understand the system, not get a computer in doctor hands," said Salvador. "We wanted to know what the system is and where the interaction was. What does it take for computing to play?" After observing it became clear that computing and technology had a significant role in monitoring. If a physician could get more frequent data points on a patient, treatment would improve. Intel entered the digital home and emerging markets with the same approach.

What do consumers want? Ginsberg said that Intel's research shows that consumers want performance, but definitions vary. "Most decisions are made at an emotional level," said Ginsberg. "What are the emotional drivers?" with this mode of inquiry, Intel isn't looking for answers like multitasking. The common definition among consumers for high performance means "being in the flow with technology," said Ginsberg. In other words, performance has to be good enough to allow technology to fade into the background. Like an athlete in the so-called zone, performance to a consumer means that he can be immersed completely in the content for hours at a time. Those findings can be taking to the CPU experts, who can then figure out all developments on the platform to provide that experience. "This is fuzzy kind of work," acknowledges Ginsberg. "No one would ever say they wanted a flow like experience." 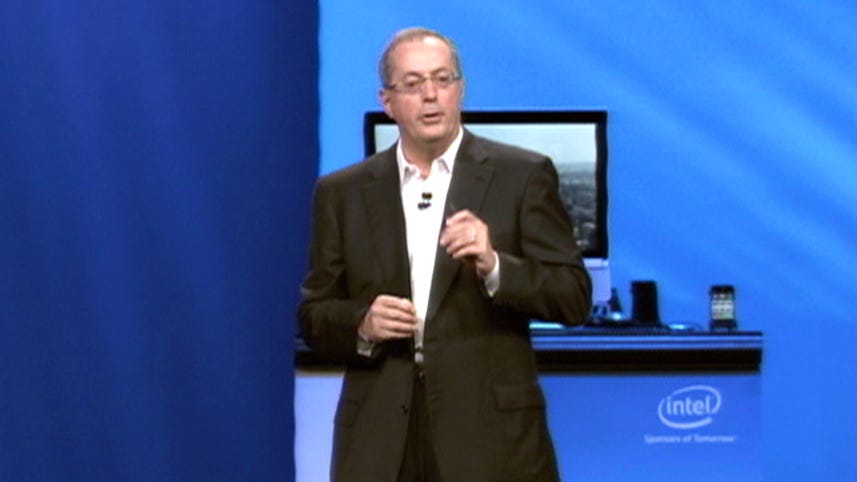 Are corporate IT buyers different than consumers? Ginsberg said that IT decision makers also need to be delighted, but there's a different conversation to be had. "It's the job of IT decision makers to be professional. So we have to understand why someone gets into that job and understand their motivations," explained Ginsberg. "What can we do to deliver products that help IT decision makers be more of a strategic driver?" Ginsberg said that IT buyers are receptive to Intel because it is seen more as a neutral third party than other large technology players who aim to send you a stack of gear, software and services. Granted, Intel wants to sell chips too, but it's removed more from the direct sales process.

Where does Intel fit in with these customer needs and wants? Given Intel provides a platform, it's not like it is angling to find the next hit smartphone. It may suggest things like the ultrabook through reference designs, but it doesn't make the devices as an ingredient brand. Salvador said the research findings are used to tie capabilities together. For instance, the data center is the transaction hub supporting a wide range of computing devices.

What fundamental values matter? Salvador said that security and trust have been surfacing as issues for the last few years. Ginsburg added that "security has been rising across the entire computing spectrum as an issue." The catch is that people won't pay for security and don't want any hassle to their technology flow. "As technology becomes pervasive and you realize your life is on a phone security becomes an issue," said Ginsburg. "But security in the future has to be seamless where devices talk to each other in the background." The data Salvador and Ginsburg surfaced are part of the rationale behind Intel's purchase of McAfee. Ginsburg also said that security also needs elements of corporate reputation to work. Intel's core equities according to his research are performance, innovation, trust and reliability.

How does Intel segment markets? Intel used to look at markets based on early adopters and then the followers. Designs were expected to trickle down to the masses. "The reality is that technology is so pervasive that approach doesn't work anymore," said Ginsburg. In other words, customers are divided up into "emotional functional desires." Early adopters are that way for a reason. Style-conscious consumers go for certain devices for another reason. Other consumers are value players that want productivity. The ultrabook is an effort to hit four experiences that matter: Enable tech flow, responsive, quick boots and being always connected. Ginsburg noted that Intel's CULV effort flopped because the price points didn't work and consumers want mobility without compromise. Salvador noted that there will be multiple devices in the field, but Intel's big goal is to be the connective tissue under them.