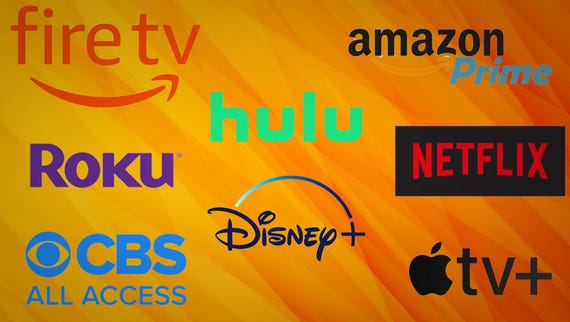 Roku has long been adept at staying above the fray in the platform wars. For example, it was the only third-party video device to support Prime Video as Amazon rolled out its own Fire TV. With its announcement today that it now supports Apple HomeKit (and thus Siri), in addition to Amazon Alexa and Google Assistant, its players will now be able to be controlled by all of the major voice agents. But while it has steered clear of alienating the industry's giants, it has nonetheless been mounting an offensive, one that is now clear in its pursuit of capturing the home theater.

It all began innocently enough with the launch of the Roku Wireless Speakers. These were compatible only with televisions that had integrated Roku software, which the company claims now powers 1 in 3 smart TVs sold in the U.S. (The ratio has grown since I first wrote about the speakers in 2018.) It expanded into soundbars last year with the Roku Smart Soundbar, which integrates a Roku player that can work with the company's wireless subwoofer as well as the speakers formerly limited to Roku TVs. And now, the company has announced the Roku Streambar, a mere 14-inch device that nonetheless packs in two forward-facing and two side-facing speakers. At $129, Roku is so confident of the mini-soundbar's holiday gift potential that the company notes that the device fits in a stocking.

While Roku's audio advances have been fueled by its acquisition of Danish audio company Dynastrom three years ago, it may have its sights on multi-room audio, a market the company addressed with tube-like networked audio players before it launched its first video devices. That would pit it even more directly against Sonos which, following Fitbit's acquisition by Google last year, is one of the only other independent consumer device companies to go public in the past five years.

Sonos, of course, targets a more affluent set of ears. While Roku's Smart Soundbar sells for about $200, half the price of Sonos' relatively inexpensive Beam, In contrast, Sonos' Dolby Atmos-equipped Arc soundbar, equipped with 11 audio drivers, retails for $800. A 45-inch audio tour de force, it does not fit in a stocking. However, it may be employed to play back audio from the Roku Channel, the company's ad-supported video aggregation play, which will soon be freed of its exclusive Roku residence and released as a standalone app for iOS and Android.

But Roku has not forgotten its standalone audio players, either. The company will cap off its lineup with a $100 low-profile Ultra player that it says has been reengineered from the ground up and includes features such as Dolby Vision and Dolby Atmos, support for the AV1 high-efficiency codec, Bluetooth (although the remote still uses the old RF standard), wired Ethernet, and a USB 3.0 connector for speedy retrieval and local playback of all those digitized VHS tapes in your library. Much of its player portfolio, though, remains in the HDMI stick form factor where, in addition to competition from Amazon's FireTV Stick devices announced last week, the company will compete against the TiVo Stream, based on Google TV, and the rumored Chromecast with Google TV.

As more of Roku's business has shifted to a licensing model, buyers of its standalone players may have had legitimate concerns about how much attention it would continue to pay to its low-cost retail devices. For the time being, though, it is not only plowing ahead but expanding its lineup and reach within the home and, with the Roku Channel app, beyond it.

Home theater audio becomes an unlikely new entertainment battleground
Living room audio has long been an afterthought -- marketed as a way to enhance the anemic output of flat screens. But the promise of voice agent control has attracted companies from diverse corners to engage in a war for the television.