Amazon held an invite-only hardware event on Thursday, Sept. 24 to announce an entirely new range of Amazon Alexa-enabled smart devices, including new Echo speakers. ZDNet has rounded up all the goodies, below, complete with photos and information on pricing, when they're available, and how to buy them. Consider this your one-stop shop. 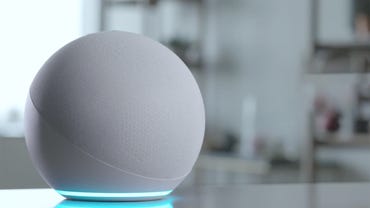 This is Amazon's next-generation Echo. Gone is the cylindrical design! Featuring a spherical form factor, fabric finish, and a bright LED light ring at the base, the new Echo is certainly striking. It also combines the "best of Echo and Echo Plus into a single device," Amazon said. On the inside, it packs a 3.0-inch woofer, dual-firing tweeters, and Dolby processing for stereo sound. And, like the Echo Studio, it can auto-sense the acoustics of your space to fine-tune audio.

It also comes with a built-in smart home hub, with support for Zigbee, Bluetooth LE, and Amazon Sidewalk. It's powered by Amazon's first-generation AZ1 Neural Edge processor, as well, which Amazon described as a new silicon module for accelerating machine learning applications. What's that mean? Alexa will be more responsive, and it will process requests faster on the new Echo. 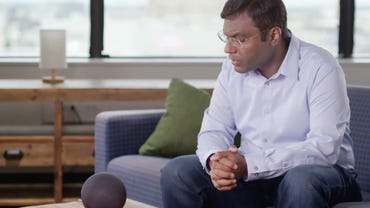 Amazon gave its latest Echo Dot the same look as the new Echo, complete with a spherical design and fabric finish. It features a 1.6-inch, front-firing speaker and is otherwise the same as the Echo Dot you know and love, though it also adds the tap-to-snooze feature from the Clock model. 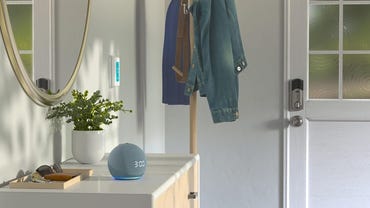 Speaking of the Echo Dot with Clock, it also gets the spherical design! It's different in it has an LED display, however, so you can glance at the time and any alarms. 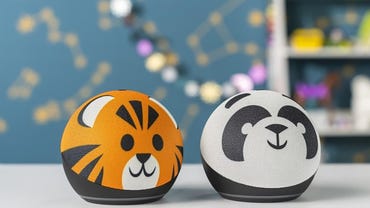 Amazon also redesigned the Echo Dot Kids Edition with the new shape. It even created Panda and Tiger designs and animal-themed alarms. Parents can create Alexa voice profiles for their kids, too, so Alexa can automatically recognize them. Meanwhile, kids get an Alexa feature called Reading Sidekick, which will help them with reading. Just say, "Alexa, let's read."

The Kids Edition comes with a one-year subscription to the Amazon Kids+ service, as well. 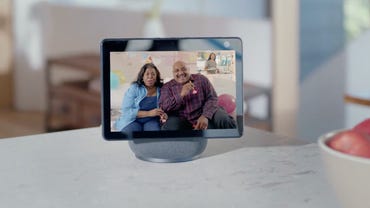 It still features a 10-inch HD screen, but it's adaptive and can automatically stay in view when you interact with Alexa -- similar to the Facebook Portal. Plus, it has a brushless motor that's completely silent. With a new Alexa Guard is in Away Mode, Echo Show 10 can pan the room and send you an alert if it detects movement. The Echo Show 10 uses the AZ1 to process speech faster, too. It also offers smart home capabilities via Zigbee, BLE, and Amazon Sidewalk

Other features include a 13-megapixel wide-angle camera that pans and zooms to keep you at the center of the frame, dual front-firing tweeters, and a woofer that provides directional sound and automatically adapts to your space. Finally, Echo Show 10 uses advanced computer vision algorithms and audio-based localization that's all processed locally and securely on-device. 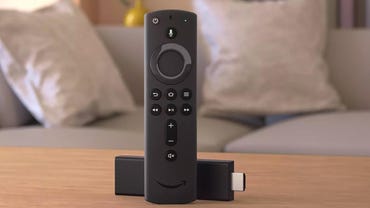 Moving onto Fire TV devices... There is a new Fire TV Stick that will retail for the same price as the previous model. The latest Fire TV Stick is 50% more powerful than its predecessor and comes with the Alexa remote. Amazon also announced a cheaper model, called the Fire TV Stick Lite, which costs $10 less. Amazon described it as the "most powerful" streaming device consumers can find for under $30.

Keep in mind the Fire TV Stick Lite cannot output expanded HDR color, while the  Fire TV Stick fully supports HDR and 4K. Both devices feature Alexa voice control and enter a low power mode when not in use. They also both have access to all the same apps and games. 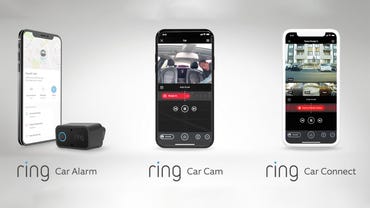 Amazon-owned Ring announced a new line of security cameras for cars: The new $199 Car Cam, $60 Car Alarm, and the Car Connect system, which all integrate with the Ring app.

The Car Alarm plugs into your car's OBD-II diagnostic port and sends alerts to your phone. It has a built-in siren that can be remotely triggered, or it can link to other Ring or Alexa devices to emit audible alerts when an event is detected.

As for the Car Cam, it is Ring's first camera for outside of the home and has the ability to record both inside and outside of the car when mounted on a dashboard. Like the Car Alarm, the Car Cam can send alerts. It requires either Wi-Fi or LTE for connectivity.

If your car already has cameras, then Ring developed the Car Connect platform. Ring says it's working with many automotive makers to build support for the system, but the first partnership it's announcing is with Tesla Model 3, X, S, and Y (when Sentry Mode is enabled). 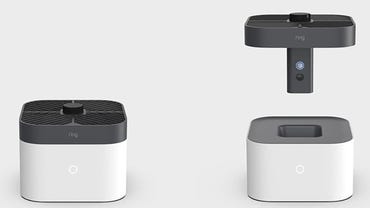 Ring's latest camera is the Always Home Cam. It's an autonomous drone that can fly around the inside of your home to give you a view of any room you want when you're not home. It can even return to its dock to charge its battery. It is fully autonomous, but you can tell it where to go, too.

You simply build a map of your home for it to follow, and the camera records when it is in flight. It will make an audible noise when flying, so it's clear when footage is being recorded. 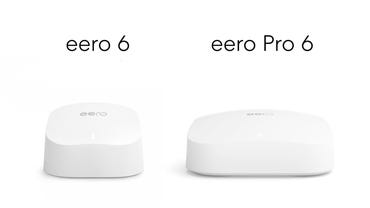 The Eero Pro 6 introduces support for Wi-Fi 6. It's a tri-band router that offers a single band and connects via 2.4GHz, but it also offers two bands for 5GHz to allow more devices to connect at the fastest speeds. It can cover up to 2,000 square feet per router.

The Eero 6 is a dual-band device that can cover up to 1,500 square feet (so can the new $89 Eero 6 extender). Both the Pro 6 and Eero 6 have two Ethernet ports and a USB-C port for charging devices, but the smaller Eero 6 extender for boosting your network has just a USB-C port. 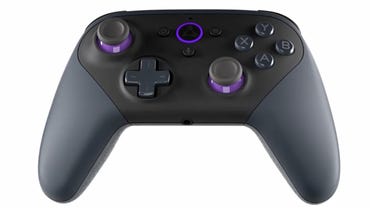 We have to mention that Amazon announced a cloud gaming platform. Called Luna, it's for PC, Mac, Fire TV, and iPhone and iPad, with an Android version planned for later. Amazon also announced the Luna Controller, an Alexa-enabled gamepad with a multiple-antenna design. It connects to the cloud to let you control games.

Phew! That's everything. Let us know in the comments which device piques your interest.