In the days of communism, many Romanian and Bulgarian children, who now are among the countries' leading technologists, learned to code on replicas of Apple II and ZX Spectrum machines.
Written by Andrada Fiscutean, Contributor on Feb. 12, 2016 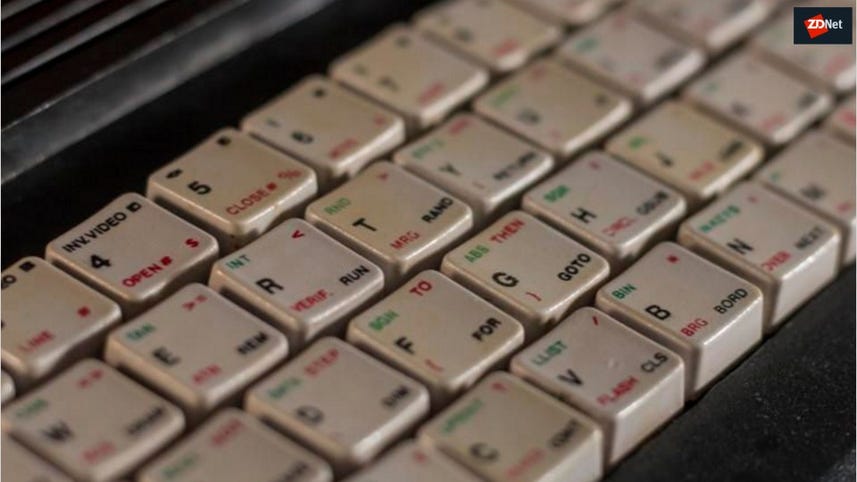 In the mid-1980s, with Bulgaria still firmly in the grip of communism, nine-year-old Svetozar Georgiev spent countless hours in front of a Pravetz-8M computer at a friend's house.

"We played games and wrote our first lines of BASIC," he says. This period marked the start of a career in technology. As an adult, Georgiev co-founded a startup, Telerik, which he sold in 2014 for $262m to US company Progress.

Meanwhile, across the border in Romania, which was facing equally harsh times in the '80s, Vladimir Oane was playing with an HC computer, which resembles the Sinclair ZX Spectrum. Oane later created a startup, UberVU, which he sold two years ago to Hootsuite for an estimated $15m to $20m.

These two businessmen, representatives of the Pravetz and HC generations, are among Romania's and Bulgaria's outstanding tech entrepreneurs.

Their businesses were shaped by colleagues who learned to code mainly by using replicas of Apple II and ZX Spectrum computers. Such machines were assembled throughout the whole of Europe, both Eastern and Western.

The current tech sectors in those countries can in part trace their roots back to the romantic era of home computing, when the focus was on building devices, and companies were less engaged in fighting patent wars.

Techies were no strangers to soldering irons. A few even created their own computers, sometimes with handmade, smuggled, or black market components.

The origins of today's Romanian and Bulgarian tech talent pools can be traced to the 1980s. The communist model of doing business implied keeping imports to a minimum, so Western technology was often reverse-engineered in Eastern Europe. Skilled professionals were needed for that, so school curricula were packed with math, electronics, and physics.

At its peak, Bulgaria produced 40 percent of the computers used in the whole Eastern Bloc. The IT sector accounted for up to 14 percent of the country's GDP between 1985 and 1990, making it the jewel in the crown of the Bulgarian economy.

The focal point of the IT scene was the small city of Pravetz, the birthplace of Bulgarian communist leader Todor Zhivkov, who ruled the country from 1954 to 1989, the year when most Eastern European nations adopted democracy.

He was involved in several projects in the 1970s and 1980s and was a good friend of late Ivan Marangozov, the genius on whose shoulders the country's home computer industry stood.

In 1980, Marangozov introduced the IMKO-1 (ИМКО-1), the first Bulgarian personal computer, based on the Intel 8080 CPU. Only a few dozen were made, for evaluation purposes. The IMKO-2 followed, inspired by the Apple II Plus. Three hundred units were manufactured, mainly for schools and universities.

IMKO stands for Individualen Micro KOmputer or Individual Micro Computer, although there's a joke claiming another acronym, "Ivan Marangozov Kopira Originala", which translates as "Ivan Marangozov copies the original", consistent with the Russian tradition of naming products after their inventor.

"[Marangozov] was a very interesting man, with a lot of knowledge in different areas. He played the flute very well and admired classical music," Boyanov says.

Soon after the IMKO series, the Bulgarian Pravetz computers were made, not all of them resembling Apple products.

Pravetz-8, or Правец-82, had a BASIC interpreter and one or two external 5.25-inch floppy disk drives. Pravetz-8M integrated a second Z80A CPU and could run either DOS or CP/M, while the Pravetz-8A used the Bulgarian chipset CM 631.

Another model, the Pravetz-8D, was inspired by the UK's Oric-1 and Oric Atmos computers, and featured a TV screen. It was targeted at the home market, according to vintage computer enthusiast Bogomil Alexandrov from Pravetz.info.

Probably the most widespread Pravetz computer was the 8C. It had a built-in floppy-disk controller, 128kB of memory, an optional 5MB hard drive, and a joystick port.

However, the most advanced was the 8S, manufactured between 1990 and 1994, with an improved motherboard design and 128KB of RAM, expandable to 1,080KB.

Bulgarians also developed 16-bit architecture machines, the Pravetz-16 series, which were compatible with IBM PCs. Later on, the factory was privatized and it moved to the 32-bit architecture, though with limited success.

"Very often, it's said the products have been copied from Western companies. That's not exactly so," Boyanov writes in his paper, History of Bulgarian Computing.

He explained that the goal of Bulgarian computer makers was to create products that "had to operate in the same functional way" as the Western ones. Rather than call them copies, a better term would be "analog" machines, he says.

"Sometimes the parameters of our similar products were better than the Western goods," Boyanov says.

Bulgarian engineers were able to correct some of the known shortcomings of the original products, he argues. Also, they had more time for design and for detailed testing, due to the less competitive nature of the Eastern European market.

"Most of the exported products, and even more so those made for the military, were of remarkable quality and reliability," according to Boyanov.

For an ordinary Bulgarian family lacking strong ties to the regime, owning an original Apple II machine was out of the question. Children such as Svetozar Georgiev felt that using a locally manufactured Pravetz was a privilege.

At some point, Svetozar's father brought home a Pravetz-16 computer from his work. The boy spent most of his free time glued to the screen, enjoying the awe-inspiring piece of tech and learning as much as he could.

Later in his life, he moved on from BASIC to more advanced computer languages. "When I started high school, I was already programming in C++," Svetozar says.

His fellow Romanian entrepreneur, Vladimir Oane, still remembers the sound his ZX Spectrum replica made while loading a game from an audio cassette.

HC stands for Home Computer, an unlikely English name at a time when the country was encouraged to favor Russian culture and economy.

The first HC computer was created at the University Politehnica of Bucharest by late professor Adrian Petrescu and his assistant, Francisc Iacob, a young graduate. The professor was the one who came up with the idea of building affordable computers anyone could buy.

"Petrescu was the brain. I was the guy with the screwdriver," Iacob tells ZDNet. "[Crafting the first HC] was a painstaking effort, yet there was plenty of enthusiasm."

The computers had to be made according to the country's economic reality. "They had to be low cost, they had to use a TV screen because a computer display was expensive, and they had to have a reasonably-priced storage medium, the audio cassette," Iacob explains.

Professor Petrescu says the ZX Spectrum computers were brought to the Romanian university by Arabs studying there, who owned several such machines.

His team came up with the HC-80. "This prototype was later taken to the factory," Iacob recalls. Engineers adjusted the design so the computer could enter mass production.

The device was launched under the name ICE Felix HC-85 and came with a built-in BASIC interpreter. It ran on a Z80A CPU and offered 64kB of RAM.

The computer arrived in many schools throughout the country, and most of the Romanian techies in their 30s have used one at some point. "Our work wasn't in vain," Iacob says.

The series continued. HC-85+ had dedicated circuitry allowing more identical computers to be interconnected, while HC-88 came with CP/M support. Later, there were the HC-90, the 91, 91+, and HC-2000, probably the best clone of the Sinclair machine ever built.

Several other engineers across Romania had been working on crafting personal computers inspired by the ZX Spectrum. TIM-S was made in the city of Timisoara, while CoBra was developed in Brasov.

Two decades after the last HC computer was produced, there are still nostalgic Romanian devs who use their favorite tech toy and design games for it. The web hosts tribute websites for the HC, and there are even online communities that help people repair them. The ZX Spectrum replicas, however, are notorious for their poor-quality keyboards.

German computer scientist Stefan Walgenbach, founder of the Home Computer Museum, is one of the most passionate collectors of devices made in Eastern Europe. He owns over a thousand computers, bought or donated to him in the past 25 years.

"I really admire the creative work of the engineers who build their machines with very limited resources, but a lot of enthusiasm," he tells ZDNet. The JET Romanian computer, a ZX Spectrum clone designed for games, was housed in a telephone case, yet still did its job.

"Pravetz systems look to me as if they were engineered by a large professional team with a lot of resources, whereas the HC seems to be more like an experiment, with a few enthusiastic people and fewer resources," Walgenbach tells ZDNet.

He finds it amazing that these clones were produced in high numbers and made it into the everyday life of ordinary people.

Throughout Europe, he counts over 70 replicas of the ZX Spectrum, the most copied Western computer. Apple II is the second most reverse-engineered device.

Cloning computers isn't the best way of doing business, and Eastern Europe might have offered more in exchange for the patents it infringed.

However, the founder of the Home Computer Museum believes that copying Western products was the only way the two countries could develop a tech industry.

"It would have been very hard to build everything from scratch. Perhaps that would have been possible in the larger countries, such as USSR or East Germany, but not in smaller, more rural countries like Romania and Bulgaria," he says.

The Apple and Sinclair replicas helped build the software industries in Bulgaria and Romania, which currently employ about 150,000 techies in total, most of them working for Western companies that opened offices here, such as Intel, Microsoft, or Oracle.

Much of the growth of the tech industry in the two countries is based on the former computer-experimenting kids, now aged in their 30s and 40s, who fell in love with technology at the display of a Pravetz or an HC machine.