How this startup is using laser mapping to tackle marine waste

Prize-winning LiDAR system can precisely measure how much waste ships bring into ports.
Written by Anna Solana on Sept. 13, 2019 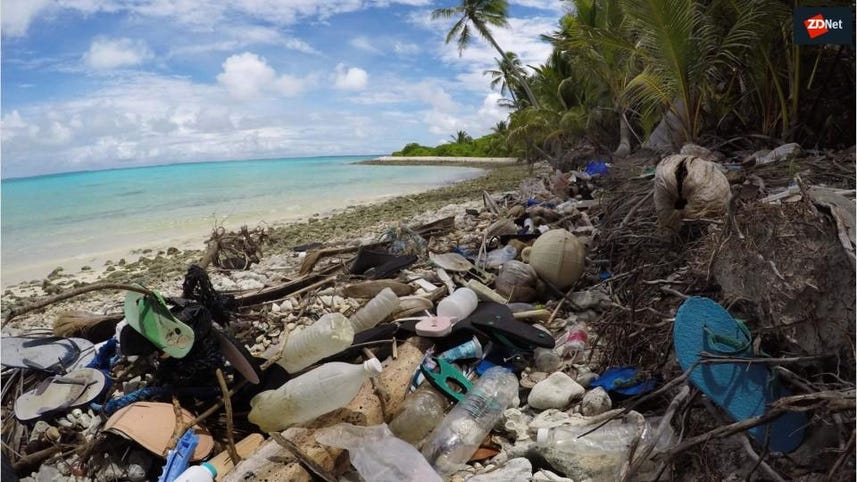 Marine litter is a serious environmental problem. More than 150 million metric tons of plastic have already accumulated in the world's oceans.

It is also widely assumed that shipping and fishing are among the main sources of this polluting debris. According to the European Commission, they cause 32% of marine litter in EU waters.

This pollution occurs despite the rules adopted by the International Maritime Organization (IMO) against the discharge of waste and the regulations contained in the International Convention for the Prevention of Pollution From Ships, known as Marpol.

The regulations make it clear that ships must keep waste onboard until it can be disposed of properly in port facilities. In Europe, a directive was issued in 2018 to align the EU regime with Marpol as far as is feasible, particularly regarding reception facilities in ports for the waste generated by ships.

But how easy is to comply with these rules? Javier Romo, technical head of Marine Environment at the port of Barcelona, explains that in Europe the collection of ship waste is included in the harbor docking fee.

The trouble is that it's not easy to ascertain the volume and weight of the garbage being disposed of for managing it later in the process. Port authorities pay Marpol inspectors to check garbage containers but it's hard for them to be precise.

Now, Portuguese startup 3D Modelling Studio has come up with a system to ease refuse management in maritime ports by automatically and remotely calculating the volumes of solid waste held in a container.

Its system, called Clever-Volume, enables the authorities to certify that what ships say they want to dispose of corresponds to the volume ascertained by Marpol inspectors on the pier. This volume might or might not be the same as was indicated at the time of docking.

The solution, which has won the SmartCatalonia Challenge tech competition and will be implemented in the port of Barcelona, is based on terrestrial LiDAR technology.

LiDAR measures the waste held in a container by illuminating a target with laser light and then recording the reflected light with a sensor.

"It's a technology of an active nature, because it generates the stimulus, or laser beam, that allows the measurement," Jorge Garcia-Fernandez, CEO of 3D Modelling Studio, tells ZDNet.

"This means it doesn't depend on the lighting conditions onsite, which makes geometric data more reliable."

With the development of autonomous cars, very robust LiDAR sensors are available at prices that compete with other image-based technology, according to Garcia-Fernandez.

In Barcelona, the system will let the port authorities actively collect waste data through sensors located on weighing systems and then automatically and remotely calculate garbage volumes in waste containers using the system's algorithm. The system also generates online reports in formats adapted to the end user's device.

That process of collecting data and calculating volumes all happens in the same cycle as the discharge of the waste and billing for the service.

Garcia-Fernandez reckons his product simplifies what has been a time-consuming, complex, and labor-intensive job. Clever-Volume obtains precise measurements in real time without affecting the workflow of the port or ship waiting times.

This is key as ports need an easy-to-use structure encouraging ships to correctly get rid of garbage to improve their efficiency in waste management.

"Clever-Volume is an interesting solution for us because we are a public entity, so the more objectively we can measure and assess the volumes we need to manage and cost, the better," says port of Barcelona's Romo.

Barcelona starts this month to figure out the details of the system's implementation. If it works well, it will be integrated into the port facilities.

Meanwhile, Garcia-Fernandez and his team are already working on a 2.0 version of the system, which aims to reduce data capture and processing times even further, and integrate color capture to classify waste more efficiently.

Security
This battery safety feature can break your Apple AirTags. Here's how to fix it