On paper, your pet project sounds like a fantastic idea -- but the people making the decisions just don't agree.

So why was your great IT project rejected and how can you convince the rest of the c-suite that your initiative is valuable? Here are some essential tips from the experts.

1. Make sure other executives understand the benefits

Poli Avramidis, CIO at the Bar Council, says some IT leaders struggle to articulate the strengths of technology. He says successful pitching of an idea often varies from person to person, with key differences in receptiveness between businesses and sectors. However, there are common issues.

"The biggest problem is when the CIO and the board don't talk the same language," he says. "Some IT leaders can choose to focus on the benefits of technology, rather than thinking about the business challenges the implementation is going to overcome."

Avramidis says CIOs cannot afford to be waylaid by their own interests and priorities. "You have to see things from other c-suite executives' points of view," he says. "You need to understand the thinking processes of others, particularly in regards to how technology makes sense for other lines of business."

What is straightforward to a CIO might be unclear beyond the IT department. "We all know that if you have an integrated system that will you will actually save the company time and money. But you must make sure other executives can see the benefits of the approach that you're suggesting," says Avramidis.

2. Call on project sponsors to do your selling work

Brad Dowden, CIO at recruitment specialist Airswift, says he believes project rejection is strongly connected to the quality of presentation. "You have to think about whether you tick the right boxes," he says. "Ultimately, you're doing a selling job and you have to sell the vision."

The bad news, however, is selling is not a natural character trait of all CIOs. "Generally speaking, technologists are not sales people at all -- they see a problem, they see how technology can solve that challenge, but they're not necessarily good at presenting how that issue is going to be resolved," he says.

Dowden encourages fellow IT professionals to remember that technology is just a small part of the actual project. "The more crucial element is business buy-in -- understand what your stakeholders want to do and make them sponsors for your technology project," he says.

"If you make other c-suite executives happy by demonstrating a clear return on investment in regards to their challenges, then the CFO and CEO don't really have a decision to make when it comes to funding. Your peers will have already done the groundwork for you -- they are your sponsors."

3. Focus on the business change technology can deliver

Richard Corbridge, CIO for the Health Service Executive in Ireland, has an interesting take -- the board should reject technology projects as often as they are accepted. Rather than feeling negative about knockbacks, technology professionals should embrace feedback and give the rest of the business the service it demands.

He says the modern CIO must ensure that the digital innovation being put forward for a board's approval is led by the business. The justification of new resources or investments in IT can only be made when the business benefits are clear. CIOs, in short, must be credible in their peers' eyes.

"By now, IT leaders across the globe should have come to the realisation that any technology project that cannot define its business value really is going to struggle to gain acceptance by the board or its governance structure. Yet we still insist on describing the 'business' as separate to IT," says Corbridge.

"The panacea for the approval of technology projects at board level has to be when we, as IT leaders, no longer look to the business as a separate entity but consider ourselves to be part of the business. The catalyst for a digital project can and should be the business change it can deliver, and not the technological advancement it brings. When we focus on business change, board decisions become easier to make."

4. Take a pragmatic approach to testing

Andrew Marks, former CIO and now the UK and Ireland managing director for energy in Accenture Technology Strategy, looks back on some of the proposals he rejected as IT leader and suggests a failure to support corporate objectives is a common theme. 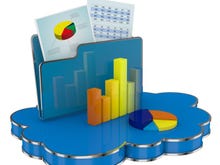 Cloud adoption: Why some IT chiefs think it's still too complex

The cloud may have jumped forward over the past few years but that doesn't mean managing these services has got any simpler.

"CIOs don't want to stop creative thinking, but they will want to see investments in innovation tied to business aims, whether driving up revenue, customer loyalty or reducing operating costs," he says. "As a CIO, I wouldn't say 'no' to testing a well formed business idea, while I would say 'no' to playing for the sake of it. You do need to show people how a new technology might add value. Testing allows you to call a halt if an idea does not appear to be doing what was hoped."

Marks remembers an incident as CIO when members of his own IT team proposed buying a selection of new-to-market tablets to understand their capability. The request was held back until the team could tie the investment to a set of business challenges. The approach allowed room for play and creativity, but the investment had a tangible end in mind.

Marks says any spending decisions regarding technology must be justified. He also suggests that sentiment is as true for IT managers looking to change direction on a current investment, as it is for those looking for financial backing for a new initiative.

"I work with IT leaders who have both an absolute focus on their organisation's end customer and who are also having to make difficult decisions on systems and services," he says. "Taking a pragmatic approach to testing ideas can help filter out the weaker ideas and leave only the best -- and most likely successful -- ideas to be taken forward. That way, you are more likely to create a track record of successful change and to receive future c-suite backing for new ideas."

Read more on the business of IT