In this quick video tip, we highlight two simple ways to take screenshots and one easy way to take screen recordings, all with tools already built into your Mac.
Written by Michael Gariffo, Staff Writer and  Maria Diaz, Staff Writer on June 30, 2022 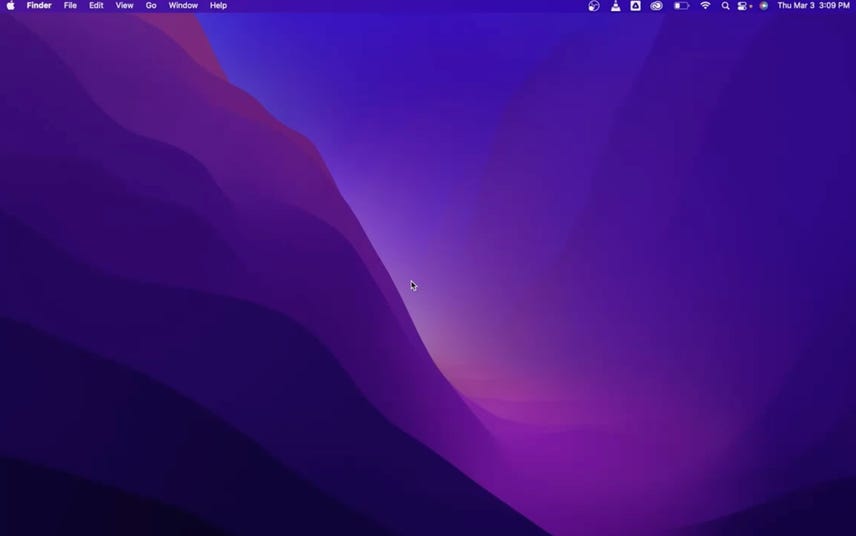 Whether it's for work or school, your personal reference, or a creative project, we often need to capture an image of our computer's display, or a video of the action occurring on it. For Mac owners, this process can seem a bit intimidating due to the unintuitive keyboard commands involved and the unexpected software required for the task.

We're going to show you how to quickly and easily produce screenshots and screen recordings with software tools that Apple ships with every PC it produces, so you can easily keep a visual record of any goings-on that occur on your Mac.

How to take screenshots on Mac

There are two methods to take a screenshot on your Mac, we'll cover them both in this guide and you can scroll down to find how to screen record below.

This method is a little quicker than the second one and easier to remember. It'll let you take your screenshot, save it immediately in your desktop, and edit it in Preview.

Step 1: From any window on your Mac, simply press CMD+Shift+3

This will take a screenshot of what is on your display at the moment and a small preview will appear at the bottom-right of your screen.

Click on the small preview that appeared at the bottom-right of your screen to open your screenshot in Preview.

Step 3: Apply any edits you wish

Once you have your screenshot open in Preview, you can make any necessary edits, including crop, sign, text, shapes, and more.

Click share (the small square with an arrow on it) to send your screenshot via message, the trash icon to delete it, or click Done to save it.

All screenshots taken with this method are saved as a JPEG file to the Mac's desktop by default.

Though using QuickTime to take screenshots may take a few seconds longer than the previous method, this method gives you the flexibility of choosing what part of your screen to capture, renaming your file, and where you'd like to save it.

Go to the top left corner of your screen and click File, then select New Screen Recording. You can also do this with the keyboard shortcut Shift+Cmd+N.

Step 3: Select one of the options for screen-capture

Once you've selected a screenshot option out of the first three on the left, the Record button will switch to a Capture button that will be on the right side of the bar. Click the Capture button to take your screenshot.

Step 5: Apply any edits in the preview window

Step 6: Fill out the info on Save dialogue window

When you close out the Preview window, a Save dialogue window comes up so you can add the desired file name, location, format, etc, that you want for your screenshot. Then, click Save. With this method, you can later find your screenshot saved in the folder you specified in the previous step.

How to screen record on Mac

You can record your screen on your Mac for free, without any third-party apps. QuickTime lets you do screen recordings quickly and easily.

It's not deja vu, we're repeating the same process, but this time we'll choose a recording option instead of a capture option.

On the right-hand side of the bar, there is a Record button, click it to start your screen recording.

Step 5: Complete the on-screen tasks you wish to be recorded

As soon as you click Record, QuickTime starts recording your screen, so it's time to complete the actions you want to capture in your video.

Click the small, square-in-a-circle "stop recording" icon that appeared in the taskbar at the top of your display to end your recording.

Step 7: Preview the recording in the QuickTime Player

When you stop recording, QuickTime will immediately open the video file on a new window so you can preview it. Once you close your Preview window with your new screen recording, you'll be able to find it as a .mov file on the Mac's desktop by default.

Can you do a screen recording with audio on Mac?

You can record your screen and audio at the same time with QuickTime. To record audio as well as your screen, click on the drop-down arrow next to Options to reveal a menu. Choose which microphone you'll use to record. This menu is also where you can change the default of where your screen recordings are saved, add a timer, and other options like whether or not to show mouse clicks.

Are screen recordings for Mac free?

While screenshots have always been free, there's a lot of software for sale advertising to be the best to do screen recording, so many may wonder if it's actually free to do a screen recording. It is completely free to record your screen with QuickTime, which is already in your Mac.

Laptops
How to get an Apple student discount to save on MacBooks, iPads, and more