CIO Strategies: Big data is about more than lots of data. Here's how to use it to make smarter decisions.
Written by Mark Samuels, Freelance Business Journalist on Dec. 5, 2017 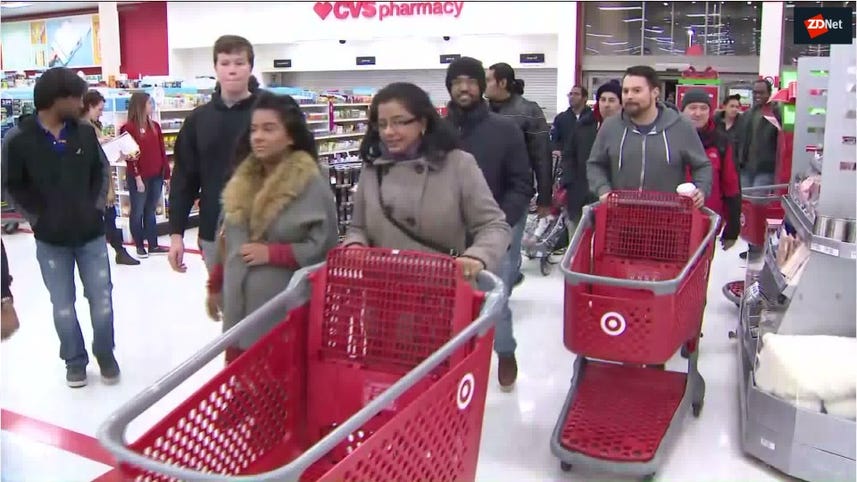 When it comes to big data, retailers have more information than most organisations. However, Julian Burnett, CIO at retailer House of Fraser, recognises the amount of information is not always matched by a level of insight.

"Retail is an industry that's been trading on its gut instinct for quite some time," he says. "Being able to back your decisions up with evidence of things that might work is crucial. I feel very confident that we're getting our data set to enable us to properly inform our employees during their decision-making processes."

Here, Burnett explains how he has placed business intelligence (BI) front and centre at House of Fraser and offers best practice tips to CIOs around developing a strategy, honing that capability and exploiting innovation, including artificial intelligence (AI).

Burnett says his firm's investment in BI allows decisions to be made on evidence, rather than instinct.

As part of building up the technology team, Burnett -- who joined House of Fraser in October 2015 -- has focused on BI capability and hired specialist individuals with significant experience. While the firm was already using MicroStrategy's BI software, it was not making the most of the technology.

Burnett says he used a test question when he arrived in the role. "How many people consume how many reports every day?" he says, referring to the query he posed to the rest of the business. "The answer to that question gives you an indication of just how messy things are -- and in our case, there were about 800 active users in the centre who were consuming about 18,000 reports every day. That felt like an awful lot of information and it probably wasn't being consumed effectively."

Burnett said the realisation allowed him to define a significant opportunity around the creation of insight. He started a process of consolidating and improving data flows around the business, while also thinking about how the organisation could present its information more satisfactorily though the data visualisation tools that MicroStrategy provides.

"We just let that approach seep through the business to see what would happen," he says. "The take up was dramatic. We accompanied the strategy with a campaign of encouragement and support, including webinars that people could join. There were regularly 200 or 250 people wanting to know how they could gain access to the new forms of information and what they could do with that insight once they had it."

2. View business intelligence as a work in progress

House of Fraser continues to hone its data strategy. The firm started trialling MicroStrategy 10 towards the end of 2016. The updated version of the technology gives workers access to interactive dashboards. Most of the implementation work was completed in the first quarter of this year, yet Burnett says BI projects always remain a work in progress.

"My ambition is to dramatically reduce the number of reports created," he says. "I want to give people a much more dynamic platform for information enquiry and to feed the insatiable curiosity of retailers. Retail is a very data-hungry sector and, if I can provide tools to enable curiosity, that would be great."

Burnett says the implementation of BI has already produced a range of business benefits. The widespread adoption and use of visualisation tools has allowed workers across the organisation to develop a much clearer insight into performance in key areas, such as stock availability and product returns.

The initiative also uses self-service data discovery to give users the opportunity to build interactive dashboards in as little as 20 minutes. Burnett says this focus on empowerment provides employees with the potential to visualise data quickly and to find innovative ways to improve customer experience.

"Transformation comes through everybody in the firm seeking to improve their performance," he says. "So, we've held up a few of these exemplar initiatives, where we've amassed data, used analytic tools, and demonstrated improvements can be made and results measured. That's really the power of these tools."

3. Use algorithms to augment your in-house data capability

Burnett gives the example of how the firm has used BI to support data analysis in a markdown optimisation strategy. Like all retailers, House of Fraser tries to avoid discounting for as long as possible. When these discounts do take place, the aim is to be a judicious as possible, says Burnett, and to maximise profit from every sale.

"There's some science and creativity behind that approach," he says. "We've recently put together a competition between an AI-based machine and our buyers. We amassed a very large historical dataset of price and promotion data. We fed this pricing and discount information to an algorithm."

Burnett received a report on the before and after effects of using big data to help improve the firm's markdown strategy. He has presented the information to the board and says the difference between human and AI performance is significant. In some cases, algorithms produce as much as a 20 to 25 percent performance boost.

"The data set is an accumulation of the past actions of our staff," he says. "It is a test against a relatively small set of products, but it provides employees with the information to go and improve their performance. What we have is some historical data that points to how staff have performed in the past and which could be used to enhance actions in the future.'

Although the potential benefits are significant, Burnett says it is important to recognise a series of factors -- rather than just price -- influence the success of a markdown strategy. Human emotion still plays a key role in making the right judgment calls and, for this reason, algorithm-powered AI must not be viewed as job killer.

"The data produced by the algorithm is an augmentation for the people filling these roles, not a replacement," says Burnett. "It's an enhancement, rather than a situation they should fear -- and positioning the benefits in that way has been helpful."

Open-sourcing data will make big data bigger than ever

Open source changed everything about how we write code, can open-sourcing data do the same for big data? The experts say yes.

How to build a data science team

For Vodafone NZ, the slogan that data science is a team sport took on new meaning. Based in a small, isolated market, the company had to bypass traditional HR approaches, taking a Moneyball-like rationale to build the right team.

Find out how logistics company UPS is using data and analytics in a number of key projects.