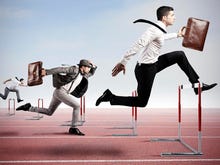 Less than a year after Hewlett Packard spun off HP Enterprise, HPE CEO Meg Whitman is announcing several organizational changes to the company, including the departure of its CTO.

Martin Fink is retiring as HPE's CTO and head of Hewlett Packard Labs after more than 30 years with HP. With his departure, HPE is moving Hewlett Packard Labs into the Enterprise Group under Antonio Neri, to "further accelerate" the division's work from R&D to commercialization, Whitman said. The move should specifically help align R&D on "The Machine," HPE's attempt to overhaul computing architecture, with the company's business roadmap, Whitman said. HPE is still on track to preview The Machine prototype by the end of this year, she said.

The changes come just a month after HPE spun off its enterprise services unit and merged it with CSC. 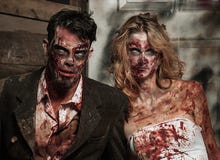 Meanwhile, HPE is also consolidating its sales teams into a single global sales organization led by Peter Ryan, currently senior vice president and managing director of the Enterprise Group's EMEA region. Additionally, HPE is consolidating its product marketing, e-commerce and customer advocacy groups into a single marketing organization under the leadership of Henry Gomez, currently chief marketing and communications officer. The company's IT and cybersecurity teams will move over to Chris Hsu, HPE's chief operating officer.

"We're living in a world where continuous improvement is essential to long-term success," Whitman wrote.

Whitman also announced that HPE's chief customer officer John Hinshaw is leaving the company at the end of the year.