In two separate recent announcements, HP has affirmed its goal of being the neutral supplier of choice for all things cloud.
Written by Dana Gardner, Contributor on Feb. 7, 2012

In two separate recent announcements, HP has affirmed its goal of being the neutral supplier of choice for all things cloud. 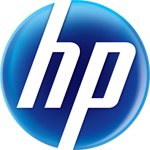 Pack 10, bringing with the ability to better manage cloud instances across the enterprise-public cloud continuum, including deep discovery of virtualized workloads' performance inside of Amazon and VMware vCloud clouds.

Then this week, HP on Tuesday further thrust its global market-leading LoadRunner performance testing suite -- via partners -- into development clouds, known as platform as a service (PaaS) providers. This is clearly aimed at the fast-growing mobile development and greenfield SMB development spaces.

Interestingly, neither the cloud operations efficiency benefits of the updated DDMA nor the HP LoadRunner-in-the-Cloud offering will be initially offered inside of any HP public clouds. These formerly enterprise-targeted development and operations tools are being extended to more private and public cloud uses -- but via cloud ecosystems, partners and channels. [Disclosure: HP is a sponsor of BriefingsDirect podcasts.]

While HP is not taking the arrival of its own public cloud offerings off the table -- indeed they have committed to them in the past -- they seem to be happy for now to develop the picks and shovels and provide them to the miners and the current mine owners.

The strategy lessens the potential for conflict that other cloud providers such as Microsoft, Google, Amazon, Salesforce.com and VMware can face (no mention yet of Microsoft Azure). And it makes HP more amenable as a supplier to those public clouds, which may be of interest to them, given both HP's technologies and their vast and global installed base of enterprise customers.

While HP is not taking the arrival of its own public cloud offerings off the table . . . they seem to be happy for now to develop the picks and shovels

Digging more deeply into the news items, the DDMA Content Pack 10 brings a critical part of the HP IT Performance Suite to more types of cloud uses, as well as back into more kinds of mainframes, particularly for the IBM iSeries servers. Reaching more deeply into legacy workloads and across various cloud and hybrid models allows for more automation of those apps and runtimes, and fosters far better change management when those loads need to be adjusted to accommodate varying demands.

HP is also enabling any IP-pingable device to be discovered, mapped, and managed via the various online deployments. The overall benefit is more a lifecycle approach to management of apps and devices across legacy and hybrid environments, and to gain a single view as a business service of all the parts that support the apps and processes regardless of their locations.

Discovery capabilities have also been added for HP ServiceGuard, Glassfish open-source server and VMware Datastore. In addition, integration has also been enhanced to include CiscoWorks LAN Management Solution (LMS), Aperture VISTA, NNMi, Application Signature and Service-Now. Functionality has also been added to the integration of Troux. Finally, Content Pack 10 provides new features such as support for SAP JCo3, Oracle VM Server for SPARC, UCMDB to XML export and a BMC Atrium pull adapter.

On the LoadRunner news today, HP has worked so far with three partners that will take the LoadRunner on demand services out to their specific customers and on their public clouds of their choices. The initial partners are: Orasi Software Inc., Genilogix and J9 Technologies. These partners will set the pricing, but the performance testing services are deliver on a pay as you go basis.

"This is unique. It's the easiest, lowest-cost way to bring LoadRunner capabilities to the cloud," said Matt Morgan, senior director, Product and Solution Marketing, Software, HP.

It's the easiest, lowest-cost way to bring LoadRunner capabilities to the cloud.

Incidentally, the testing phase of the cloud PaaS proposition is essential for quick devops and RAD benefits. It further allows any investments that enterprises have made in Loadrunner to be extended via the cloud providers to developers working on new mobile projects, or for them to control and view testing results when using third-party developers.

By straddling the cloud-enterprise ecosystem HP may be able to bring more value to the channel partners and end users -- especially SMBs -- then trying to build the whole cloud first and putting in services later. It's the ecosystem of services, after all, not the location of them, that matters most.