Sit down for this one.

HTC says it's on track to return to profitability in the second quarter of its financial year. The downside is that the phone maker's revenue will continue to fall. 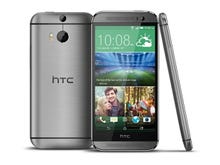 The Taiwanese phone maker said it will make a second quarter profit in the second quarter, after three quarters of operating losses. Revenue will decline to land between $2.1 billion and $2.3 billion, down from about $2.35 billion a year earlier.

Its gross profit margin is expected to increase by 0.6 percentage points to 22 percent.

Also, selling its 9.5 percent stake in a Chinese private equity fund for just shy of $70 million will help the company drum up $2 million in pre-tax gains in the upcoming quarter.

In  the company's first quarter , it made a far bigger than expected loss on poor sales of its flagship phone, drumming up $1.09 billion in revenue for the January-March quarter. That's down by one-fifth of the revenue in the year-ago quarter.

HTC chief executive Peter Chou said in prepared remarks, citing what he called a "positive customer response" to its latest phone: "We have dramatically improved our operational efficiency and supply chain readiness to ensure immediate availability on the launch day."

Without wanting to go all "Hunger Games," the odds may, unfortunately, not be ever in its favor. At least, if history is anything to go by.

HTC was once the world's leading phone maker, thanks to its partnership with Google over the Android mobile operating system. Even with the recently announced and widely-applauded HTC One (M8), in which ZDNet's sister-site CNET gave the smartphone a 4 out of 5 rating — one of the highest ever given for a device — the company's finances still appear sluggish and stagnant.

Profit yet lower revenue generally means higher margins for its devices, as in the costs of manufacturing are lower but the price points for the end consumer are higher. If the phones are that good — and almost every reviewer on the tech scene says they are — that's a balance companies like Apple, can get away with. In HTC's case, it's mostly — but not exclusively — attributable to outsourcing manufacturing to Taiwanese and Chinese firms.

Over the past few years, few phone makers have been able to turn around their fortunes. Motorola introduced the Razr, one of the company's, and the world's, most popular phones of all time. And, Apple innovated ahead of the curve to counter its stagnating Mac and iPod business.

But for the likes of BlackBerry, Nokia, Alcatel, Sony Ericsson, NEC, Sharp, Siemens — and let's not forget Palm, they weren't quite so lucky in their efforts to get back into the black.

HTC is expected to announce its fiscal second quarter earnings in August.

Join Discussion for: HTC says it will return to profit by August,...