HTC will redesign some of its smartphones after losing a court ruling in Germany to Nokia over a wireless patent, according to CNA. 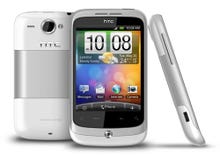 Courts ruled that the Taiwanese company had infringed on Nokia's patent EP1579613 for a "method and apparatus for enabling a mobile station to adapt its revision level based on network protocol revision level," noted the report.

In a filing to the Taiwan Stock Exchange on Saturday, HTC noted the functionality in question was redundant and no longer used in Germany. "We are investigating modifications for our handsets to remove this redundant technology," the company said.

HTC added the redesign would allow for minimal disruption to customers while it pursues an appeal.

"Nokia is pleased that the Regional Court in Mannheim, Germany has today ruled that HTC products infringe Nokia's patent EP 1 579 613 B1, which enables modern mobile devices to work in older networks," it said in a statement.

The Finnish company noted the ruling was its fourth German patent injunction it has won against HTC to date. Nokia added it first took action against HTC in 2012, and has since asserted more than 50 patents globally against the Taiwanese firm.