Huawei global CFO Meng Wanzhou is still fighting for bail during the wait for her extradition hearing, with prosecutors alleging she cannot be trusted while she cites health concerns.
Written by Corinne Reichert, Senior Reporter on Dec. 10, 2018 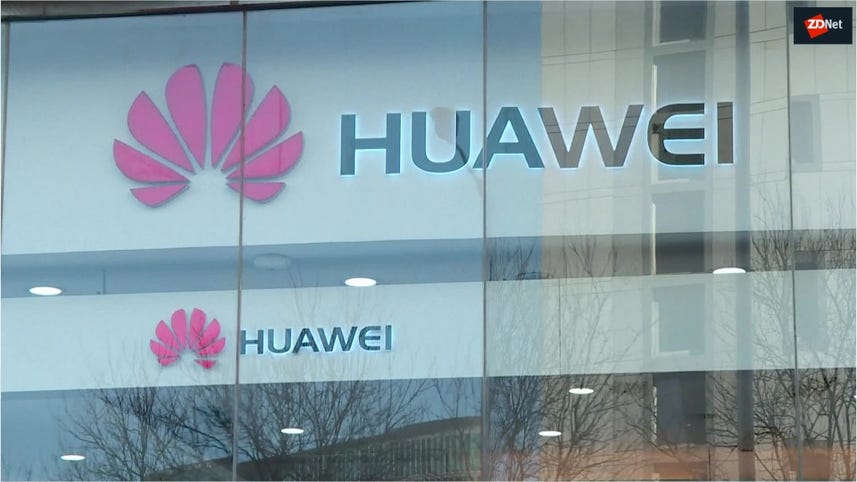 Huawei's global CFO is due back in court this week in Canada to fight for bail, with prosecutors claiming she cannot be trusted.

Meng Wanzhou, who is also the daughter of the founder of Huawei, was arrested in Canada on December 1, and faces extradition to the US, which has accused her of misleading multinational banks about Huawei's control of a company operating in Iran.

This put banks at risk of violating US trade sanctions against Iran and incurring significant penalties, according to court documents, with US officials alleging that Huawei was trying to use the banks to move money out of Iran.

Citing severe hypertension and fears for her health, Meng said she should be released on bail while awaiting the extradition hearing. A sworn affidavit by Meng also said she is innocent of the allegations and will contest them during trial in the US should she be extradited there.

Threatening "consequences" for Canada, China has criticised her arrest and demanded her immediate release. It is "totally up to Canada" what those consequences will be if it does not "correctly handle" the situation, Chinese Foreign Ministry spokesperson Lu Kang said on Monday.

Canada had not informed China "at the first instance" of her arrest and detainment, despite the two countries having a consular agreement, and Meng has been denied proper access to medical attention, according to Lu.

"This has breached her human rights," he said.

Meng had been taken to hospital for treatment of her hypertension after being detained, as well as being treated for a carcinoma, her lawyer David Martin told court on Friday.

The US has 60 days to file a formal request, and if its evidence convinces a judge that the case has merit, Canada's justice minister will decide whether to extradite Meng.

Earlier this week, Chinese Vice Foreign Minister Le Yucheng told Ambassador Terry Branstad that the US had made an "unreasonable demand" to Canada of detaining Meng while she was passing through Vancouver, China's foreign ministry said.

"The actions of the US seriously violated the lawful and legitimate rights of the Chinese citizen, and by their nature were extremely nasty," Le told Branstad, comments similar to those he made to Canada's ambassador the night before.

"China will respond further depending on US actions."

Since at least 2016, the United States has been looking into whether Huawei shipped US-origin products to Iran and other countries were in violation of US export and sanctions laws, Reuters reported in April.

Companies are barred from using the US financial system to funnel goods and services to sanctioned entities.

News of the arrest brought stock markets down amid fears of increased tension between the US and China, whose presidents recently announced that they had reached an agreement to halt additional tariffs from being imposed in their ongoing trade war.

In a statement, Huawei said it has no knowledge of any wrongdoing by Meng.

"The company has been provided very little information regarding the charges, and is not aware of any wrongdoing by Ms Meng. The company believes the Canadian and US legal systems will ultimately reach a just conclusion," Huawei said.

Meng was detained provisionally by Canadian authorities on behalf of the US on Wednesday while she was transferring flights in Vancouver.

US Senator Marco Rubio meanwhile told CBS' Face the Nation on Sunday that he would "100 percent absolutely" introduce something in the new Congress that would ban Chinese networking companies from doing business in the United States.

"We have to understand Chinese companies are not like American companies, OK. We can't even get Apple to crack an iPhone for us in a terrorist investigation," he said.

"When the Chinese ask a telecom company, 'We want you to turn over all the data you've gathered in the country you're operating in', they will do it. No court order. Nothing like that. They will just do it. They have to. We need to understand that."

Rubio was a strong critic of ZTE, which pleaded guilty in March 2017 to violating US trade sanctions on sales to Iran and paid up to $1.2 billion in penalties to settle the case.

Trump's administration has been cracking down on Chinese involvement in the American tech sphere, including with draft legislation barring the sale of national security-sensitive technology to China and blocking government or contractors from buying telecommunications equipment and services from both Huawei and ZTE.

In February, the heads of the CIA, FBI, NSA, and the director of national intelligence to the Senate Intelligence Committee also recommended that Americans not use products from Huawei and ZTE.

In July, Huawei wrote to the US Federal Communications Commission (FCC) arguing that the nation should not miss out on its market-leading technology, and pointed out that its exclusion would drive up consumer costs for mobile services.

Huawei's 5G equipment has so far been banned or limited by the US, Australia, and New Zealand, while the UK's BT last week announced it would be stripping Huawei from EE's mobile core.

Meanwhile, Japan is reported to be contemplating banning Huawei from government purchases.

China has demanded the US withdraw an arrest warrant for a Huawei executive as a senator mooted a Bill to ban Chinese telcos from doing business in the US.

Japan looking at banning Huawei and ZTE from government deals

Land of the Rising Sun could be the next nation to exclude Chinese telco vendors.

The Canadian government was given a few days' notice of the imminent arrest of Huawei's CFO on behalf of US authorities, with Wanzhou Meng facing a bail hearing on Friday.

Samsung plans to bring a 5G smartphone to market in the first half of 2019, as part of the growing drive to provide 5G service. Both Verizon and AT&T will carry the device.

The promise of 5G for the enterprise and beyond (TechRepublic)

There are two key sets of opportunities for the enterprise with 5G, according to a new PwC study.

AI & Robotics
Microsoft Teams could be getting games to play in meetings, says report