The Chinese tech giant has opened a new Customer Solution Innovation Centre in Sydney, with the local CTO telling ZDNet it is testing, trialling, and verifying 5G solutions with all Australian carriers.
Written by Corinne Reichert, Senior Reporter on July 4, 2018

Huawei has launched the Customer Solution Innovation Centre (CSIC) in Chatswood, Sydney, in a bid to demonstrate its 5G and Internet of Things (IoT) capabilities to customers, government, and industry.

Speaking at the opening of the CSIC on Thursday morning, Huawei Australia chair John Lord said the centre shows how Huawei is committed to innovation and research and development (R&D) in Australia.

"We want to help drive this maturing digital economy in Australia, and we see the CSIC ... as a key part of this for our customers, our partners, and also the ICT industry," Lord said.

According to Huawei Australia CTO Dr David Soldani, the centre will be used for designing, developing, and testing solutions across 5G and IoT, driving an open industry ecosystem, and accelerating digital economy transformation.

"We want the centre to be used by everybody -- our customers, our partners, even consumers, regulators, everyone can come see what's happening in the industry," Huawei Australia CEO George Huang told ZDNet.

"Because especially when a lot of new technologies are coming -- 5G, IoT -- many people don't exactly know what they are, so we hope they can come to see what's happening in the industry, and our customers can understand really ... what kind of possibilities we can explore."

Soldani also used the event to emphasise that Huawei is a 100 percent employee-owned company, with more than 700 staff members in Australia and offices in Sydney, Melbourne, Brisbane, Perth, and Adelaide.

Huawei's National Innovation and Training Centre in Sydney, launched in 2015, has also trained over 5,000 engineers, Soldani said, with Huawei also having opened a narrowband IoT (NB-IoT) lab at JCU's Cairns campus in February 2017 and helping launch an NB-IoT testing and certification facility under an agreement between James Cook University (JCU) and Enex TestLab in December last year.

However, Huang said the centre is in no way related to any discussion about the possible 5G ban in Australia.

"Since the beginning of Huawei's presence in Australia, we have been doing a lot of things like this," Huang said.

"We opened the training centre, we opened the innovation centre before without those kind of things, so this is part of our efforts to bring value to our customers, to the industry."

Soldani revealed to ZDNet that Huawei is "testing and trialling and verifying with all carriers in Australia", confirming that Huawei provided its 5G customer premises equipment (CPE) for Optus' "5G Live experience" in the Gold Coast in April.

Huang added that Huawei is "open" to working with all telcos, because 5G requires an open ecosystem.

According to Huang, the next big 5G development will be working on use cases.

"Next I think we will work with our partners and customers ... if we want to make 5G a success, you need business cases," he explained.

"What we are doing is to work with our partners to find out the real case that can really bring value to the consumers. This is I think the next step."

He said Huawei is continuing its work on proof-of-concepts while specifications are being set globally.

Huang added that Huawei is continuing to grow its presence in the Australian consumer technology market, saying the company had a good response to the local launches of its P9, Mate 10, and P20 smartphones over the last year. 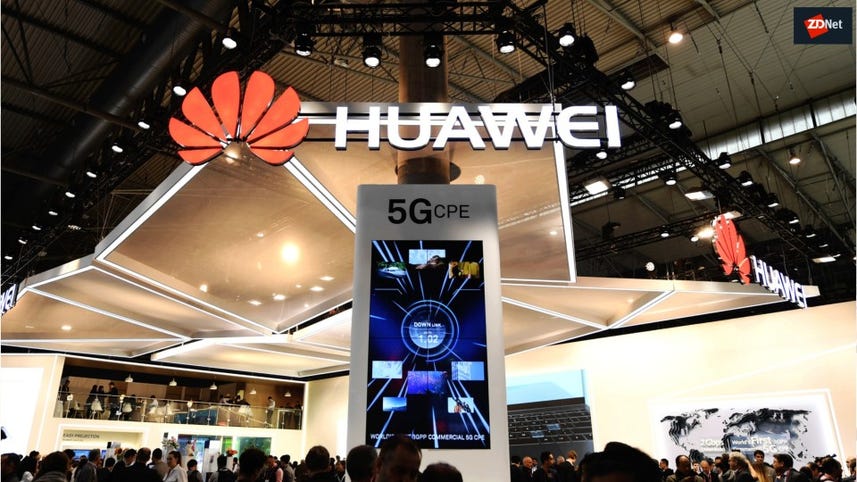 Huawei has never had a national security issue: Australia chair

Huawei is again offering up its equipment and source code up for testing by intelligence agencies in an effort to avoid a ban on taking part in Australia's 5G rollouts.

Huawei will continue trialling 5G with Singaporean carrier M1 for the next year.

Following anti-Huawei national security advice from the US, Huawei is looking into how the cost of 5G network rollouts would blow out if it were to be banned from providing equipment to Australia's telcos.

Huawei's P20 smartphones target professionals with a high-end, AI-assisted camera. Here's everything you need to know about the devices designed to best the Samsung S9 for photographic excellence.