Hungry? This six-wheeled robot might be delivering your next pizza

Domino's Pizza is to trial the delivery of pizzas to customers by autonomous wheeled robots.

The robots from Starship will deliver pizzas within a one-mile radius around Domino's stores in some German and Dutch cities.

It's not the first time the pizza chain has experimented with high-tech delivery methods: Domino's has previously used drones to deliver pizzas in New Zealand.

Starship's autonomous robots are designed to deliver goods locally in 15-30 minutes within a two mile radius. The company was launched in July 2014, by two of the co-founders of Skype.

Domino's Group CEO Don Meij said the robotic delivery units will complement existing delivery options including cars, scooters and e-bikes, but said that with its growth plans over the next five to 10 years the pizza chain "simply won't have enough delivery drivers" if it does not look at new initiatives such as this.

Starship recently announced $17.2m in seed funding, led by Mercedes-Benz Vans, which it plans to use to accelerate the development of pilot programs in Europe and the US. 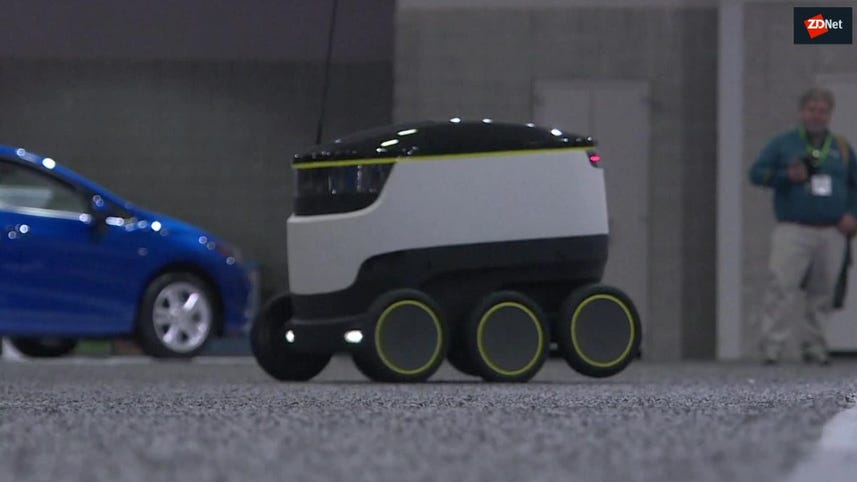