Pair will work on an IoT system that will allow the Korean carmaker to monitor vehicle telemetry in real time.
Written by Chris Duckett on March 22, 2021 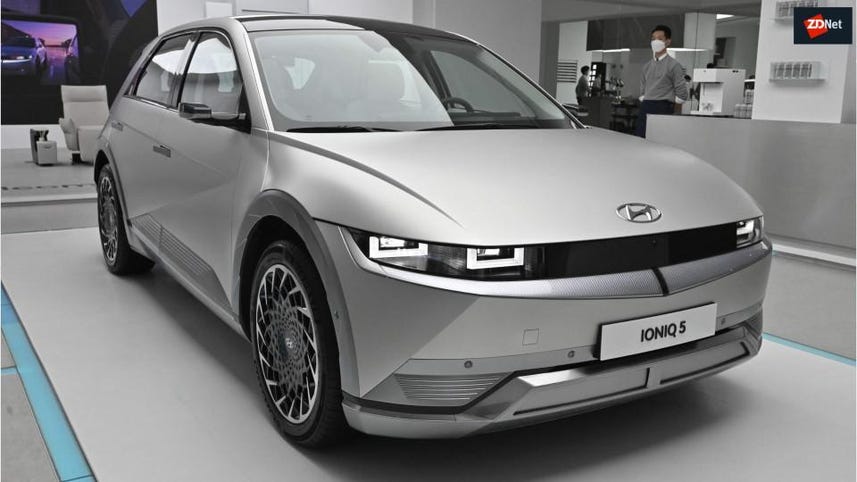 South Korean giant Hyundai Motor Company has teamed up with Singapore's Singtel to work on a system that will allow the carmaker to monitor electric cars being driven on the island.

The IoT system will provide Hyundai with telemetry, or what it labels as "automatic data transmission", related to the status and performance of the batteries powering the electric vehicles that use its subscription service.

"Our collaboration with Hyundai Motor is timely given the Singapore government's decision to phase out internal combustion engine vehicles by 2040 and the recent Budget announcement on new policies to encourage more Singaporeans to switch to driving electric vehicles," Singtel Group Enterprise managing director for government and large enterprise Andrew Lim said.

The pair also signed a memorandum of understanding to work on smart manufacturing together, and follows Hyundai saying it would create an innovation centre in the city-state to "conduct studies on future mobility".

On Monday, Singtel and its Australian arm Optus announced it was using AWS Outposts and 5G connectivity to create its Multi-access Edge Compute (MEC) infrastructure product.

"The MECs with AWS Outposts can be accessed from the closest Singtel site to help businesses seamlessly operate their applications that use AWS tools and require ultra-low latency data processing," Singtel said.

"Singtel can also deploy the MEC with AWS Outposts to the customer's location for trials involving confidential data that the customer prefers to retain within their premises."

Earlier in March, Optus combined 2,100MHz spectrum using FDD with 3,500Mhz spectrum utilising TDD on a non-standalone 5G live site with Ericsson and Samsung. Optus said the carrier aggregation and spectrum sharing across 4G and 5G would provide faster speeds and better coverage to its customers.

The company currently has over 1000 sites with 5G operating across Australia.

For four days last week, Vodafone Australia had a configuration error pushed into production that was blocking its customers from accessing bit.ly links.

The error was raised on Twitter on Sunday as the NSW State Emergency Service was using the URL shortener to point users to critical evacuation orders related to floods occurring throughout New South Wales.

"During a [business as usual] process to block identified spam or fraud bit.ly links, an error was made during configuration. This inadvertently resulted in access to all bit.ly links being blocked between Wednesday 17 March and Sunday 21 March on our network," a Vodafone spokesperson told ZDNet.

"This was an unintentional error on our part and access has been restored. We acknowledge this would have caused an impact on some of our customers and we apologise for that."

For its part, the NSW SES is now referring people directly to its homepage for details on warnings and orders.