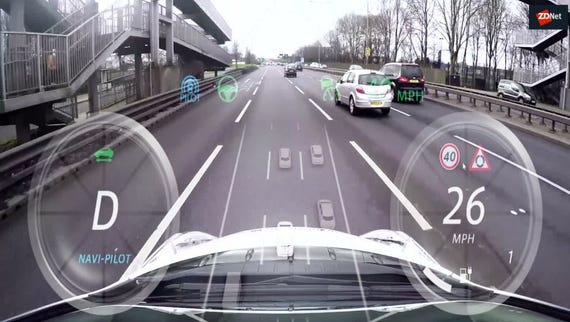 In two separate partnerships announced ahead of CES 2018 in Las Vegas next week, Hyundai Motor Company and Volkswagen Group have placed their bets on self-driving technology company Aurora Innovation to further their respective autonomous vehicle visions.

With the first announcement, Hyundai is aiming to bring self-driving vehicles to market by 2021 by incorporating Aurora's self-driving technology into Hyundai vehicles starting with models custom-developed and launched in test programs and pilot cities.

Over the longer term, Hyundai and Aurora will work to commercialise self-driving vehicles worldwide.

The duo will initially focus on the development of hardware and software for automated and autonomous driving and the back-end data services required for Level 4 automation -- autonomous vehicles that can operate without human input or oversight under select conditions.

"We know the future of transportation is autonomous, and autonomous driving technology needs to be proven in the real world to accelerate deployment in a safe and scalable manner," Dr Woong Chul Yang, vice chairman of Hyundai, said in a statement.

Meanwhile, Volkswagen has turned to Aurora to realise its vision of "mobility for all at the push of a button".

"This means that we want to offer mobility for all people around the world. Mobility also for children, elderly, sick, and visually impaired people, really for all. 'At the push of a button' stands for simplicity and the easiness of use," Volkswagen Group chief digital officer Johann Jungwirth said in a statement.

"In the future, we anticipate that people will be able to use our mobility app or digital virtual assistant to hail a self-driving electric vehicle to drive them conveniently door-to-door, or use our Volkswagen OneButton which has GPS, connectivity, and a compass, as a small beautiful key fob with maximum convenience."

According to Jungwirth, working with Aurora gives the company a "giant leap forward" in its mission to become the world's leading provider of "sustainable mobility" with self-driving vehicles.

"Our aim is to create new mobility-as-a-service (MaaS) solutions ... [which] have been tailored to the human with highest safety standards, best-in-class user experience, and digital intelligence. For me, this is the reinvention of mobility and the automobile," the CDO added.

Over the past six months, Volkswagen Group and its Volkswagen Automotive Innovation Lab at Stanford University have been working with Aurora to integrate Aurora's self-driving system including sensors, hardware, and software, such as machine learning and AI technology, in Volkswagen's vehicle platforms.

Hyundai first began testing autonomous vehicles on public roads in the United States back in 2015, having been granted a licence by the state of Nevada. The company at the time said it hoped viable partially automated cars would be in the market by 2020 with fully self-driving cars soon to follow. The automaker later that year said fully autonomous cars should be a reality come 2030.

Since then, Hyundai has partnered with Cisco, initially on connected car research in April 2016, after the former came up with a "hyper-connected and intelligent car" development roadmap.

At the time, Hyundai said its short-term focus would be on bringing smartphone connectivity and smart home services to vehicles, with future plans for smart remote maintenance services to diagnose and repair vehicle issues, a connected mobility hub to combine all of its smart features, smart traffic controls to reduce congestion, and lastly autonomous driving.

Hyundai then extended its agreement with Cisco the following November, with the two co-developing connected cars solutions aimed at the Chinese population by collecting car information and social data in China. Hyundai also built a connected cars datacentre in Guizhou, China, as part of the arrangement.

Speaking at Cisco Live Las Vegas last June, R&D director at Hyundai Paul Choo said the car maker's aim is to move from reactive response to customer demand to a proactive response to market, revealing that the company and Cisco were working towards developing a hardware platform for smart vehicle solutions, bringing high-speed connectivity into the car via Ethernet, and implementing end-to-end security.

Hyundai's latest "new-generation fuel-cell vehicle", which will make its official debut at CES 2018 next week, will become the first model to be utilised in the test processes starting this year, Hyundai said on Thursday.

The big consumer electronics show kicks off on Jan. 7 in Las Vegas. Here's a rundown of trends to watch for at CES 2018.

Join Discussion for: Hyundai and Volkswagen partner with Aurora...