IDC reckons that information technology upgrades for cities will be worth $57 billion in 2014, up from $34 billion in 2011.
Written by Larry Dignan, Contributor on June 5, 2011

IBM on Monday will outline plans to integrate its various applications for cities into one offering as it attempts to tap into a growing market.

In many respects, Big Blue is following the money. IDC reckons that information technology upgrades for cities will be worth $57 billion in 2014, up from $34 billion in 2011.

These cities are struggling with budget and infrastructure constraints as well as an influx of residents. IBM's plan is to take its software used in various projects---Rio, Memphis and New York to name a few---and integrate them into one system dubbed the IBM Intelligent Operations Center for Smarter Cities.

Wonky name aside, IBM move makes sense. The components of the operations center break down like this:

These components have an analytics woven throughout them. IBM will deliver these tools under a licensing format, but plan to offer a software as a service version at some point in the future. Pricing wasn't disclosed, but will depend on size of city, number of users and the components in use.

Chris O'Connor, vice president of IBM industry solutions engineering, said the operations system is designed to create a single product that can address cities of all sizes. O'Connor added that cities didn't have to add sensors or tracking tools for these systems to work.

"Most cities already have digital information overflow with hundreds of cameras, deployed meters and data from different sources," he said.

The system is flexible enough to provide dashboards for the mayor of a city as well as workers in the field. "We see adoption in two categories---around individual departments and divisions and a larger initiative or program," said O'Connor.

Here's a look at a few screenshots: 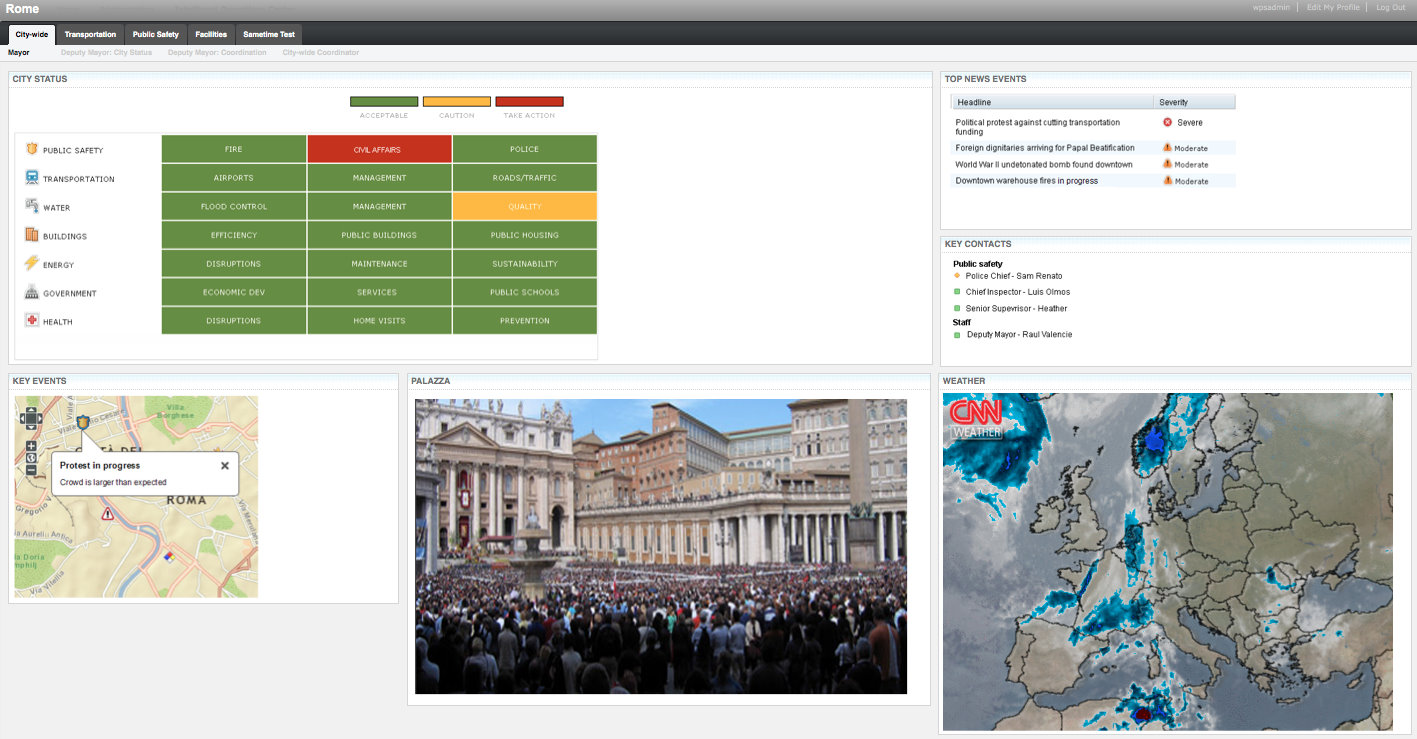 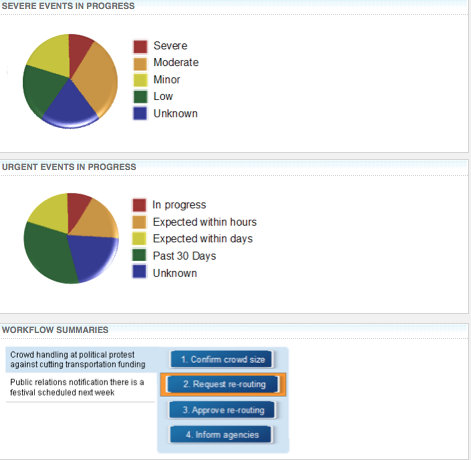 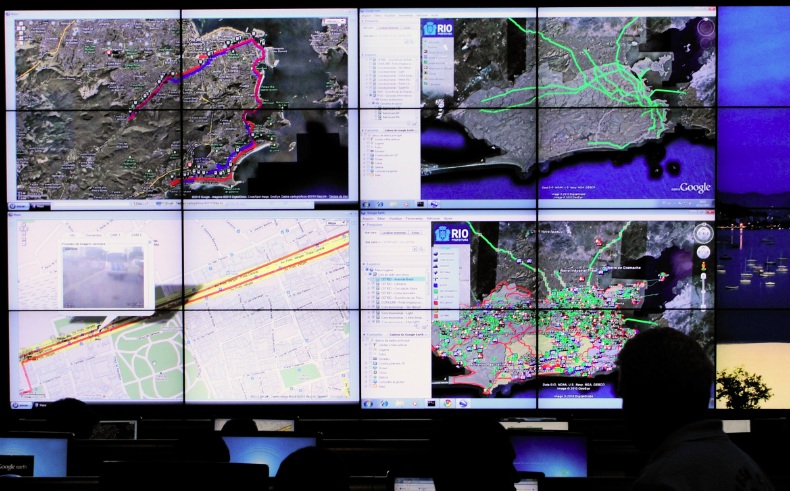