When a rival gets their hands on a lucrative government contract, it's no surprise when a competitor files to block the move. They want the business themselves.

IBM has done exactly that, according to reports, over a $600 million cloud project that will last 10 years between Amazon and the U.S. Central Intelligence Agency (CIA).

First reported by FCW, the federal business technology publication said the bid, which would see the U.S. intelligence agency use Amazon Web Services (AWS), was protested by IBM three times since the news first came to light in March. The last amendment to the paperwork was filed on April 11. 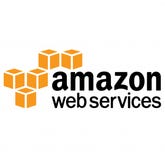 Amazon Web Services passed for US government use

Amazon Web Services has been recognized as suitable to run government applications.

It's not uncommon for major firms to protest such contracts due to the vast sums involved and the kudos of having a government contract in their portfolio. However, because we still have no idea what the CIA wants to use the cloud service for, it's likely that the details of what IBM has put in the memo is classified.

The deal is part of a "private cloud" initiative by the CIA in order to dedicate resources to its operations, but also to keep its physical hardware entirely disconnected from the public cloud while in the same datacenter.

The Government Accountability Office reportedly confirmed the protest bid to the publication, which will rule by June 6, later this week, on whether or not Big Blue can claim a stake to the CIA's business. If that's the case, the CIA will have to run through the procurement process again, which no doubt the taxpayer will be ever-so-thankful for.

Amazon has not yet formally confirmed the move by the CIA to use its cloud offering. However, Amazon's AWS GovCloud (U.S.) was granted FedRAMP compliance by the federal government in May, adding to the weight of the original Amazon-CIA reports.

The process is a government-wide program that ensures sensitive data is as secure as it can be. It also means that the U.S. government can start using Amazon's cloud service for higher-classified material.

The CIA declined to comment on the earlier reports. The agency "does not publicly disclose details of our contracts, the identities of our contractors, the contract values or the scope of work," according to a spokesperson.

We put in questions to IBM but did not hear back at the time of writing.