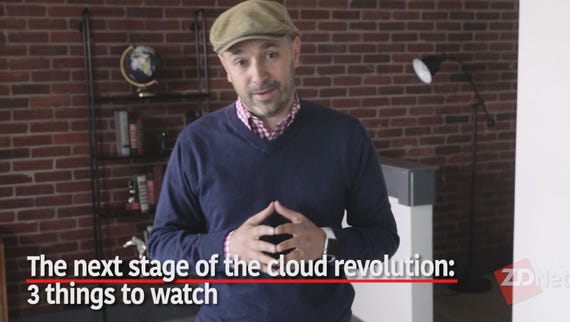 The next stage of the cloud revolution: 3 things to watch
Watch Now

IBM said its as-a-service annual run rate is $10.3 billion exiting the fourth quarter, which was better than expected on earnings and revenue.

The company reported non-GAAP fourth quarter earnings of $5.18 a share on revenue of $22.5 billion, up 4 percent from a year ago. Adjusting for currency, IBM's fourth quarter sales were up 1 percent.

Wall Street was looking for fourth quarter non-GAAP earnings of $5.17 a share on revenue of $22.06 billion. For 2017, IBM reported revenue of $79.1 billion, down from $79.92 billion a year ago. Revenue has been sliding at IBM. Consider IBM's annual revenue:

There were a few moving parts in IBM's results. For instance, IBM reported a fourth quarter net loss of $1.14 a share due to a one-time charge of $5.5 billion tied to U.S. tax reform.

For 2018, IBM said it expects revenue growth and margin stabilization.

On a conference call with analysts, CFO James Kavanaugh said the company has repositioned well and is entering 2018 with a "stronger revenue profile than a year ago."

In 2018, we'll maintain a high level of investment. This is important as we continue to build out capabilities in AI, in cloud, in security and in Blockchain, just to name a few. As always, we'll look for more productivity in our spend base, especially in our Services business, where we'll continue to remix our skills to new opportunities.

IBM said it plans to deliver 2018 operating earnings per share of at least $13.80. IBM also said its capital expenses will rise.

By unit for the fourth quarter: