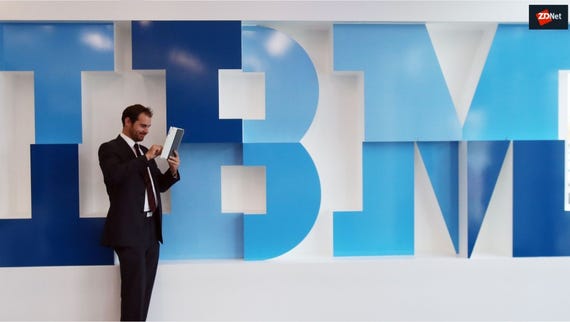 The Australian government has signed a new five-year agreement with IBM, giving the multinational AU$1 billion to be a whole-of-government "technology partner", effective immediately.

The agreement, which is the largest ever IT contract signed by the federal government to date, will see IBM provide hardware, software, and cloud-based solutions, and also includes joint innovation programs in quantum computing, cybersecurity, and research, touted by the government as furthering its digital transformation agenda.

It is expected all government agencies will have access to the tech under the billion-dollar agreement; however for the agencies that already have extensive money invested in IBM -- the Department of Human Services, the Australian Taxation Office, the Department of Home Affairs, and the Department of Defence -- IBM said the agreement "improves the current arrangements and gives them the autonomy and flexibility to change the profile of their technology over the next five years".

According to Big Blue, this will make it easier, more efficient, and cost-effective to access emerging technologies such as artificial intelligence, blockchain, and quantum computing.

Although the Digital Transformation Agency (DTA) led the agreement, it is currently attempting to spread the AU$6.5 billion spent annually on IT by the Australian government across the smaller players by refreshing the way the government procures IT-related services.

The idea is to open access to government contracts by refreshing the archaic panel procurement process, as one example.

That aside, under the arrangement, IBM and the DTA will convene a group made up of government and industry folk to "prioritise the introduction of new technologies to citizen services".

Under the joint innovation program element of the arrangement, IBM's local R&D teams will be starting up a Melbourne-based research team that will focus on the applications of blockchain, AI, and quantum computing in government.

Separate units of expert computer engineers and developers will also be based on the Gold Coast and Canberra to work on cybersecurity solutions for data protection and the application of supercomputing for government services, IBM explained.

The company will also provide access to "Building Digital Capability" tools and resources aimed at helping the government keep up with the changing needs within the workplace, such as raising digital literacy.

According to newly minted local MD David La Rose, the agreement is a "very tangible demonstration" of IBM's partnership with the Australian government and its agencies, having been the vendor of choice for many Commonwealth entities for 40-plus years.

One contract IBM held in the past was the delivery of the 2016 Census.

On August 9, 2016, the Australian Bureau of Statistics (ABS) experienced a series of denial-of-service (DDoS) attacks, suffered a hardware router failure, and baulked at a false positive report of data being exfiltrated, which resulted in the Census website being shut down and citizens unable to complete their online submissions.

The ABS called out IBM for failing to adequately address the risk posed to the Census systems it was under contract to provide, and that IBM should have been able to handle the DDoS attack.

Since then, IBM Australia has been awarded dozens of federal government contracts.

The Bureau of Meteorology, Human Services, Education, Finance, Defence, Prime Minister and Cabinet, the Bureau of Statistics, Veterans Affairs, and the Federal Court all have high-cost IT projects being watched closely by the Digital Transformation Agency.

Recent research shows that companies are making a lot of efforts towards digital transformation. Here are eight ways to do things better in the new year.