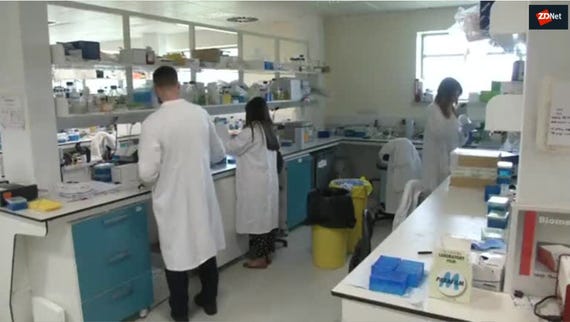 Researchers from IBM and the University of Melbourne have developed a proof-of-concept seizure forecasting system that predicted an average of 69 percent of seizures across 10 epilepsy patients in a dataset.

The system, which the scientists claim is "fully automated, patient-specific, and tunable to an individual's needs", uses a combination of deep-learning algorithms and a low-power "brain-inspired" computing chip to predict when seizures might occur, even if patients have no previous prediction indicators.

IBM noted that a one-size-fits-all approach is inadequate when it comes to epilepsy management, as the condition manifests itself uniquely in each patient.

"Epilepsy is a very unique condition where triggers for seizures are specific to individual patients -- some may be sensitive to heat, others to stress. This is why deep learning is important because it can interpret the data and look for signs and patterns specific to an individual's brain signals," an IBM spokesperson told ZDNet.

For the proof of concept, the researchers borrowed up to three years of individual patient data from an earlier study conducted by the University of Melbourne and St Vincent's Hospital. By training the algorithms on just 60 days of data before they were put into prediction made, the system achieved a 69 percent average prediction rate despite the algorithm having no knowledge of future data. This allowed the researchers to simulate how the system could operate in real-world scenarios, and the algorithms were retrained in response to an individual's long-term brain signal changes.

"To date, much of the research has been limited to training algorithms based on general patterns for seizures ... for example, doctors manually selected signs and patterns which could preempt seizures, which were then used to train prediction algorithms. However, these researchers were limited in their ability to reliably predict seizures across all patients in a long-term fashion, given brain activity patterns are not only specific to an individual but also change over time," the Epileptic Seizure Prediction using Big Data and Deep Learning: Toward a Mobile System report states.

"New deep-learning techniques have helped us improve from previous results, allowing the system to automatically identify seizure patterns for individual patients and adapt to changing brain signals over time, without additional human involvement."

The seizure prediction system, which was designed to be adjustable to when and how an epilepsy patient would prefer to be alerted of an upcoming seizure, was deployed on an ultra-low-power neuromorphic computing chip to demonstrate potential applicability in the real world as a smart wearable.

"The hope is that one day this could be applied as a wearable seizure warning system, meaning patients could be alerted via text message or an app that a seizure is likely to occur. This could mean they could take measures such as ensuring they are in a safe environment for the seizure, family or friends could be alerted, or a patient could choose to take medication to prevent a seizure," an IBM spokesperson told ZDNet.

According to Epilepsy Action Australia, more than 65 million people worldwide are living with epilepsy, making it one of the most common neurological conditions. In Australia, 250,000 people have been diagnosed with epilepsy, with 3 percent to 3.5 percent of the population expected to experience the condition at some point in their lives.

While anticonvulsant medications can be administered at sufficiently high doses to prevent seizures, one-third of epilepsy patients do not respond to available treatment. In addition, due to the spontaneity of seizures, epilepsy patients have restrictions around activities such as driving a car and swimming, and live in fear and uncertainty about when the next seizure will occur.

The scientists involved in the development of the proof of concept said the research "moved us beyond the restrictions of conventional machine learning, towards a deep-learning system which has the potential to offer greater insight for medical decision-makers in epilepsy management and treatment".

IBM admitted, however, that there is still work to be done before it can confidently claim that the proof-of-concept system can predict any seizure before it occurs.

"For a system to be scalable more broadly, we will look to train algorithms on data collected from outside the skull -- meaning it would be less invasive to gather data from patients to train AI algorithms specific to their individual brain signals."

IBM is not the only organisation to explore the combination of machine learning and wearable devices for epilepsy management. A UK initiative last year, called myCareCentric, brought together wearable technologies, shared care records, machine learning, and data analysis tools to assist epilepsy patients with monitoring their condition.

An app was created to collect information such as sleep patterns, exercise, heart rate, temperature, and galvanic skin response from devices such as the Microsoft Band and smartphones, and then integrated with a patient's clinical record to predict when a seizure might occur.

IBM also revealed earlier this year how its cognitive computing facilities were being put to use in the fight against eye disease. By using deep learning and visual analytics, IBM researchers were able to quickly diagnose and classify diabetic retinopathy in patients without the need for extensive tests.

IBM has expanded the functionality of its Watson Data Platform to include data cataloguing and data refining, to help developers and data scientists build AI applications.

Join Discussion for: IBM and University of Melbourne present seizure...