IBM CEO Sam Palmisano says that all groups---companies, governments and other organizations---need to solve global issues with a long-term view.
Written by Larry Dignan, Contributing Editor on Sept. 20, 2011

IBM CEO Sam Palmisano said technology is filled with a “bone pile of enterprises” that couldn’t find a second act. The problem: These companies couldn’t break an emotional tie to whatever made it successful in the first place. 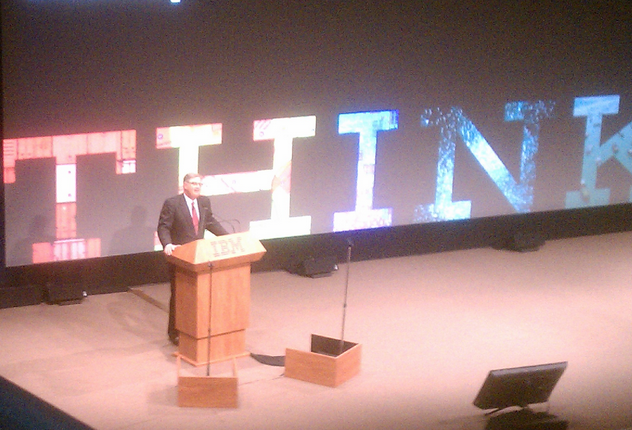 “It’s so easy to stick to things that made you profitable,” said Palmisano. “A core responsibility of leadership is understanding when it’s time to change.”

That leadership can equate to strategy shifts to setting up a company to operate when you’re gone to creating an institutional culture.

The message is quite current as many technology companies are working through leadership transitions (Apple, Yahoo), trying to create new acts (Microsoft and Google) and managing their first big crises (Netflix). Netflix CEO Reed Hastings recently referenced the innovator’s dilemma challenge in his mea culpa post to customers.

Palmisano, speaking at IBM’s Think leadership conference at the Lincoln Center in New York, argued that the world is becoming a system of systems and that’s why there’s so much upheaval in the world. Part of that upheaval revolves around short-term management.

For IBM, the challenge to long-term management is a 90-day earnings cycle. But governments, universities and other institutions also face short-term issues whether it’s a budget or electoral cycle. Palmisano added that leaders have to ignore the pull of short-term management.

Palmisano took an optimistic tone and noted that historians will look back to current issues as an innovative golden age. The challenge is that leaders have to be more collaborative than competitive. “You have to see self as not only a competitor, but a broad collaborator,” said Palmisano. IBM’s definition of collaboration differed from the standard—which revolves around Facebook, social networking and other tools—and focuses on addressing society issues and bringing multiple groups together and “assembling the right talent pools.”

“The technology is not the issue these days,” said Palmisano.

He added that boundaries across companies, governments and disciplines are crumbling and that creates a lot of discomfort—and opportunities—around the world.