Almost a day-and-a-half after a number of Australian users reported finding their iCloud connected devices locked, with a message asking for money, Cupertino has finally acknowledged the situation. 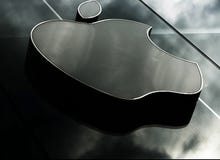 Overnight, many Australian users of Apple's devices, both iOS and OS X, have woken up to find access to their devices locked by hackers asking for US$100 to unlock them.

In a short statement, the company said that iCloud was not compromised, and users should change their Apple ID password.

In full, Apple said: "Apple takes security very seriously and iCloud was not compromised during this incident. Impacted users should change their Apple ID password as soon as possible and avoid using the same user name and password for multiple services. Any users who need additional help can contact AppleCare or visit their local Apple Retail Store."

Affected Australian users woke up yesterday morning to find their phone, tablet, and even desktop or laptop, showed a message originating from Apple's find my device service stating "Device hacked by Oleg Pliss" and asking user send US$100 to unlock the device.

It is presumed that the attackers gained access to users' Apple ID credentials, and from that point on, have been able to access the Find My iPhone service to lock the devices.

The root cause of the attack has yet to be identified, with a community Apple support thread morphing into a group investigation in an attempt to pin down any commonalities between users.

Users from Australia, New Zealand, Canada, and the US report being hit by the attack.

The attack arrives as reports surface that Apple is set to unveil a home control system at its annual WWDC conference next week.

Join Discussion for: iCloud not compromised in Apple ID attack:...