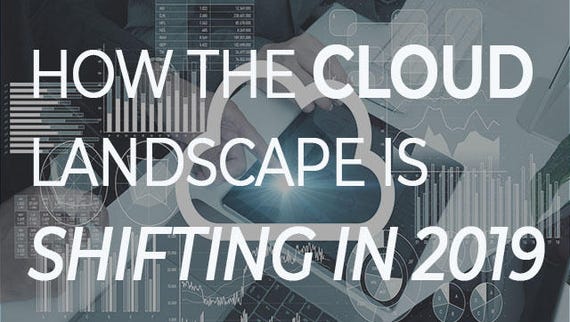 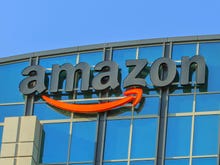 Amazon CEO Jeff Bezos pens a shareholder letter every year and they are usually a must read for the lessons. The 2017 letter was a gem and 2018 held a few lessons too. This year's shareholder letter features a healthy dose of AWS and a lot of database talk in a riff on the power of curiosity.

Like previous years, Bezos touches on big themes that are usually customer centric. In some ways, the letter reads like a short management self-help book (2018, 2017). Bezos touted the "power of wandering" and curiosity in a section largely dominated by AWS. Bezos said:

Much of what we build at AWS is based on listening to customers. It's critical to ask customers what they want, listen carefully to their answers, and figure out a plan to provide it thoughtfully and quickly (speed matters in business!). No business could thrive without that kind of customer obsession. But it's also not enough. The biggest needle movers will be things that customers don't know to ask for. We must invent on their behalf. We have to tap into our own inner imagination about what's possible.

AWS itself -- as a whole -- is an example. No one asked for AWS. No one. Turns out the world was in fact ready and hungry for an offering like AWS but didn't know it. We had a hunch, followed our curiosity, took the necessary financial risks, and began building -- reworking, experimenting, and iterating countless times as we proceeded.

From there, Bezos drops a few lines that make AWS a bit of an obsession for Oracle, a database giant. Bezos said the AWS army of databases has been informed by enterprise customers "constrained by their commercial database options and had been unhappy with their database providers for decades."

We spent several years building our own database engine, Amazon Aurora, a fully-managed MySQL and PostgreSQL-compatible service with the same or better durability and availability as the commercial engines, but at one-tenth of the cost. We were not surprised when this worked.

But we're also optimistic about specialized databases for specialized workloads. Over the past 20 to 30 years, companies ran most of their workloads using relational databases. The broad familiarity with relational databases among developers made this technology the go-to even when it wasn't ideal. Though sub-optimal, the data set sizes were often small enough and the acceptable query latencies long enough that you could make it work. But today, many applications are storing very large amounts of data -- terabytes and petabytes. And the requirements for apps have changed. Modern applications are driving the need for low latencies, real-time processing, and the ability to process millions of requests per second. It's not just key-value stores like DynamoDB, but also in-memory databases like Amazon ElastiCache, time series databases like Amazon Timestream, and ledger solutions like Amazon Quantum Ledger Database -- the right tool for the right job saves money and gets your product to market faster.

Bezos also noted that AWS is taking the same approach to machine learning. What's interesting is that Microsoft Azure and Google Cloud Platform both see machine learning and databases as differentiators.

The broader themes of Bezos shareholder letter include:

The third-party seller platform is accelerating and are benefiting from Amazon's tools that are provided as a service. "We helped independent sellers compete against our first-party business by investing in and offering them the very best-selling tools we could imagine and build. There are many such tools, including tools that help sellers manage inventory, process payments, track shipments, create reports, and sell across borders -- and we're inventing more every year," said Bezos. What Bezos didn't say is that third party sales can provide better profit margins so it's a win-win for the marketplace ecosystem.

Big innovation means big failures -- embrace it. You could call this section as an ode to the Fire phone. Bezos said:

Amazon will be experimenting at the right scale for a company of our size if we occasionally have multibillion-dollar failures. Of course, we won't undertake such experiments cavalierly. We will work hard to make them good bets, but not all good bets will ultimately pay out. This kind of large-scale risk taking is part of the service we as a large company can provide to our customers and to society. The good news for shareowners is that a single big winning bet can more than cover the cost of many losers.