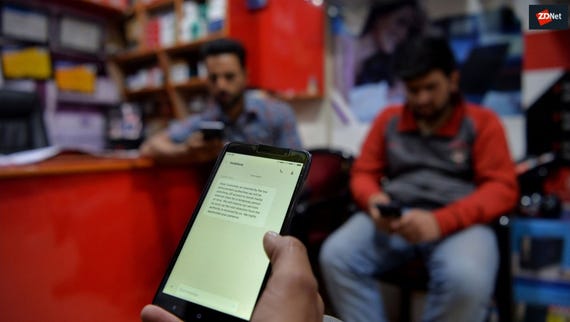 A few days ago, the Supreme Court of India passed its judgment on the validity of the Aadhaar Act of 2016, perhaps the single most important law that aspires to control almost every aspect of day-to-day life for all Indians using a mandatory Universal ID and accompanying biometrics such as a iris scan and fingerprints. Both the major Indian parties, the ruling BJP as well as the Congress, instantly claimed the decision to be a victory for themselves and for all Indians. The BJP were especially looking forward to a ruling that would vindicate its reformulation of an Act that was bequeathed to them by the previous UPA administration.

Before we get into the specifics of the ruling and what this means for the BJP government, companies as well as Indians, it would help to understand what Aadhaar is and why it has fomented such frenzied debate in India.

As mentioned before, the scheme was first started by the previous Congress (UPA) administration before it rolled over to the right-wing nationalist Bharatiya Janata Party headed by Prime Minister Narendra Modi, which took power in 2016. It was never meant to be mandatory, but the BJP government, which levied strident criticism against it when the UPA birthed the program, essentially made it so upon inheritance.

The unfurling arms of an Octopus

At first it seemed like a good idea: Use the program and its accompanying 12-digit ID number to reduce rampant corruption and bring sound processes and practices to the delivery of public goods to the poor and needy. One area that needed urgent cleanup was and is the Public Distribution System, where subsidized items like food grain and oil are siphoned off in large quantities by middle-men.

Yet, almost overnight, the purview of the program expanded like the unfurling arms of an octopus. Not only was it now needed for close to a 100 government schemes, it quickly became mandatory for all kinds of other things. Opening a bank account? Provide your Aadhaar number. Need a SIM card for your phone? Aadhaar, please. School admission? Airline tickets? You know the answer by now.

It got so ridiculous that even people attempting to send courier packages required providing their number. If this wasn't the beginning of a Phillip K. Dick short story I don't know what is anymore. And scared or over zealous officials in public or private institutions simply wouldn't bend without one. All of this, somehow, despite a Supreme Court order in August 2015 that prevented the government from overreaching beyond using it for the PDS system.

Fears of a surveillance state

By the time the issue got to the Supreme Court this year, fears of a surveillance state were not just an ominous sign of things to come for the program's critics, but a living reality to them, which is why -- when the Supreme Court ruled a few days ago by striking down Section 57 that allowed corporations or individuals to ask for an Aadhaar card in exchange for goods or services -- the reaction was widespread jubilation amongst them. Today, no school, company, or similar entity can ask an Indian for his or her 12-digit Universal ID.

Also: These industries will soon be impacted by biometrics TechRepublic

The only places or situations that require the ID number under the court ruling is while filing income tax returns and while applying for a personal account number (PAN), which was formerly issued for tax and payroll purposes. And, of course, for availing subsidized food and oil.

Justice AK Sikri read out the majority judgement that said this: "That portion of Section 57 of the Aadhaar Act which enables body corporate and individual to seek authentication is held to be unconstitutional" -- corroborating what the scheme's critics have been saying all along.

Yet the BJP tried to put a rosier spin on things. Finance Minister Arun Jaitley, in a press conference following the verdict called it "historic" and said this: "One of the purposes behind a judicial review is to figure out the dos and don'ts... the Supreme Court has upheld the core and principle areas of the legislation but has also made some observations. It has specified areas where we can't go and where we may need a legislation."

In other words, the government may decide to bring all the things that were axed back in through the back door of legislation.

Indeed, the BJP may be legitimate in claiming some kind of victory, even if it is a little half-baked. After all, the apex court has sided with the BJP-NDA government's main stance in a 4:1 judgement in the five-bench court that the scheme is constitutionally valid and is not a breach of privacy.

"We are of the view that it is very difficult to create a profile of a person simply on the basis of biometric and demographic information stored in CIDR. Insofar as authentication is concerned, the respondents rightly pointed out that there are sufficient safeguard mechanisms," said the court. Massive and numerous breaches of the digital system storing all this information, which has been widely reported, will cast some doubt of this view.

Justice Dhananjaya Y Chandrachud, who is destined by seniority to be chief justice in 2022, was the lone dissenting voice. He labeled the entire Act unconstitutional.

"The Aadhaar project is violative of fundamental rights, including the Right to Privacy and the Right to Equality," he said in his dissent.

"Identity is necessarily a plural concept. The Constitution also recognises a multitude of identities through the plethora of rights that it safeguards... Technology deployed in the Aadhaar scheme reduces different constitutional identities into a single identity of a 12-digit number and infringes the right of an individual to identify herself/himself through a chosen means," he added.

Nothing other than mass confusion.

With close to 800 million Indians out of India's one billion mobile subscribers having provided the Aadhaar number, this is one huge headache for all entities to navigate. What happens to those numbers? Justice Chandrachud wants telecom operators to expunge all the Aadhaar data garnered from their subscribers, but the rest of the bench don't feel the same way. The government has been directed under Article 142 that the collected data not be trashed for a year.

Also: Delta will scan faces at new 'biometric terminal' at the airport CNET

Meanwhile, telecom companies like Reliance Jio and digital payment apps like PayTM have a new problem: Both companies "flourished under the current government's Digital India movement, which has smartly allowed them to operate within the ambit of Aadhaar," according to the Quint, but they will now have to fork over Rs 100 for the verification of a customer, rather than the Rs 15 that they were spending by piggybacking on the verification process required by Aadhaar.

That is a pretty big dent to their bottom lines, and you can be sure that -- with this kind of money at stake -- this saga doesn't quite end here.

The thin silver lining in India's restrictive rules for ecommerce

A more relaxed investing climate would have ushered in desperately needed retail innovation and jobs but these onerous rules have forced ecommerce companies to educate small sellers.

The boom in smartphone usage will come, not from English users, but from those who speak one of 23 Indian languages, and the success of hardware, software and content providers will hinge on the ability to innovatively cater to this population.