The boom in smartphone usage will come, not from English users, but from those who speak one of 23 Indian languages, and the success of hardware, software and content providers will hinge on the ability to innovatively cater to this population.
Written by Rajiv Rao, Contributing Writer on March 30, 2018 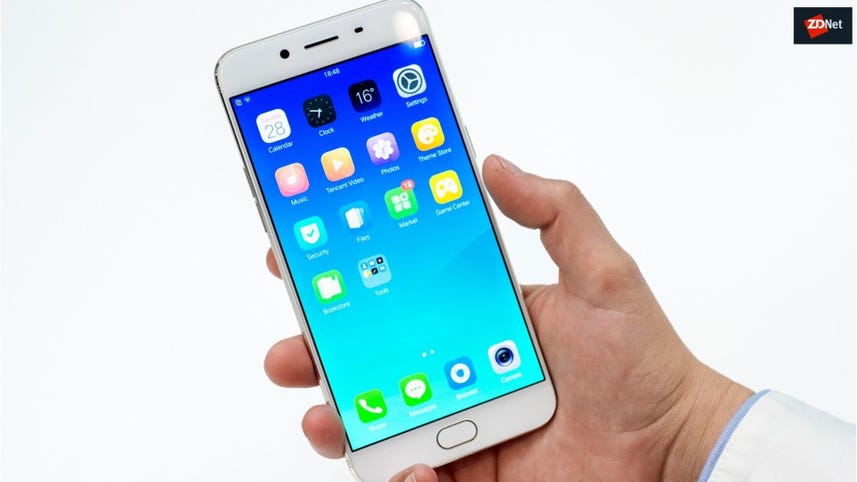 Content and technology providers hoping to exploit the goldmine of 800 million Indians who will be buying smartphones for the first time in their lives will quickly realize a crucial trend: India may have been colonized by the English and the language may hold sway in the boardrooms, bars, and coffee shops of its major cities, but for the rest of its citizens, local languages are how they communicate and how they will access the internet.

This fact poses a giant headache for companies -- simply because India has some 23 official languages across 1.3 billion people that are so distinct from each other that when Indians sometimes travel from their own state to a neighboring one, they often have no idea what their fellow citizens are saying. To compound this complexity, there are thousands of dialects that often replicate this experience within just one state. English, which is what most devices are equipped with, can become essentially useless.

Indus OS, a homegrown outfit (which I first wrote about here) that tailor-makes an OS uniquely catered to India's staggeringly diverse population, is surfing on this very complexity as an opportunity. Founded by three graduates from the Indian Institute of Technology, its operating system supports an impressive 22 languages that can switch to English and back with just a swipe. Android takes seven steps to change into a local language.

It's not surprising that Indus now has 8 percent market share -- versus 2 percent for iOS and 82 percent for Android -- before the rural smartphone boom has even begun. Indus even has its own app store, called App Bazaar, with over 400,000 applications that, unlike Google Play Store, require no email login -- another pivotal feature to attract local language users from the hinterland who may not yet have discovered email. Indus has attracted $17 million in venture funding from Omidyar Network amongst others over two rounds. It has also cemented partnerships with eight domestic phone companies including Micromax, Intex, and Karbonn, for preloading its OS onto their phones.

This customization is going to cough up more such opportunities as time goes by. According to a study done by KPMG and Google in 2017, English language users would only reach 199 million by 2021, while Indian language users will double to 536 million by then. The same study surveyed 7,000 urban and rural smartphone users across eight languages also revealed that 99 percent of local language-speaking smartphone users accessed the internet using their smartphones versus a national average of 78 percent, emphasizing how key local languages will be to country that has largely skipped the PC revolution and leap-frogged into a mobile one.

Similarly, Indian entrepreneurs in the content game have also recognized the opportunity in catering to India's vast, fragmented linguistic base. As the Economic Times points out, ShareChat, an indigenous social media platform with 3.5 million daily active users, allows you to pick from 10 languages and 27 dialects and is successfully pushing content production houses to tailor-make offerings to their audience. Even Amazon Prime is following suit. Pratilipi, a publishing platform, houses 165,000 articles across eight languages.

Most of these companies have no doubt realised a key finding in the above-mentioned study: More than two-thirds of local-language users have more faith in the trustworthiness of news offered in their own language than those in English.

US leviathans WhatsApp and Google have likely internalised these learnings over the past few years. WhatsApp has already been proactive in jumping on the vernacular bandwagon by supporting 11 regional languages, while parent Facebook does so to 13. A social media and messaging platform that doesn't adapt quickly to this rising trend could easily get disrupted -- and they know it.

For Google, which is present in nine languages, there is an immediate incentive to support a regional push: Cold, hard cash. According to the Economic Times, the market for local language advertising is going to mushroom from 5 percent today to 35 percent in the next three years and reach a size of Rs 10,000 crores ($1.66 billion). Not only did Google recently launch AdWords and AdSense in Tamil -- a language spoken by a state of 43 million people -- it has also started to orchestrate events that bring content creators and advertisers from across this populous state together.

In a country filled with avid consumers of information and entertainment, the language that enabled the Satya Nadella and Sundar Pichai's of the world, namely English, will now be shunted aside in the pursuit of vernacular glory.

It isn't so surprising that India, with its multitude of political parties, was a perfect place for the UK firm to thrive.

Mobile payments skyrocket in India while banks watch from the sidelines

Digital payments firms like PayTM, Google Tez, and the recent entrant WhatsApp are rapidly pushing credit and debit cards into the background.

Smartphones
Fitbit is ending PC and Mac syncing, here's what you have to do instead