The corporation argues that despite a willingness from firms to invest in software-definded infrastructure (SDI) and cloud, businesses are put off by the complexity of building the infrastructure.

Intel claims it's "easing the path" to cloud deployment with a series of new processors, solid state drives, and industry collaborations, which it says will help businesses deploy new services at greater speed and scale. 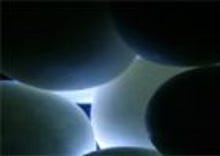 Intel is the latest technology giant to invest in quantum computing research. Quantum computing, years away from commercialization, is supposed to be a huge leap forward.

The Xeon E5-2600 v4 is based on Intel's Broadwell microarchitecture, whose design includes several features suited to the virtualization technology that underpins cloud computing platforms. Among these optimisations are greater control over how applications share the processor's memory bandwidth and on-board cache, as well as refinements to help I/O-heavy apps run on virtualized infrastructure.

The announcements are part of Intel's 'Cloud for All' initiative, which aims to develop industry-wide standards for easy-to-deploy cloud technology and to encourage the rollout of new cloud platforms.

Partnering with Intel on this initiative is virtualization specialist VMware, which has announced the creation of a network of Centers of Excellence aimed at accelerating cloud deployments by driving custom optimisations, facilitating proof-of-concept testing, and integrating cybersecurity best practices, in collaboration with the United States National Institute of Standards and Technology.

Intel is also expanding its Cloud Builders programme to include SDI use cases and help organizations create more efficient cloud platforms through better use of infrastructure as a service orchestration and automation.

"Enterprises want to benefit from the efficiency and agility of cloud architecture and on their own terms -- using the public cloud offerings, deploying their own private cloud, or both," says Diane Bryant, senior vice president and general manager of Intel's Data Center Group.

"The result is pent-up demand for software-defined infrastructure. Intel is investing to mature SDI solutions and provide a faster path for businesses of all sizes to reap the benefits of the cloud," she adds.

In addition to the chips designed to support more efficient cloud platforms, Intel has also released new SSDs in the form of the Intel SSD DC D3700 and D3600 Series. The drives are designed to provide critical redundancy and failover to ensure safeguards against data loss in mission-critical storage deployments.

Intel has high hopes that investment in cloud-related technologies will boost its bottom line and offset an slowdown in enterprise data center spending.