Chip giant says its strategy is taking a 'systems-level approach' to scaling quantum for commercialisation.
Written by Asha Barbaschow, Journalist on Oct. 12, 2020 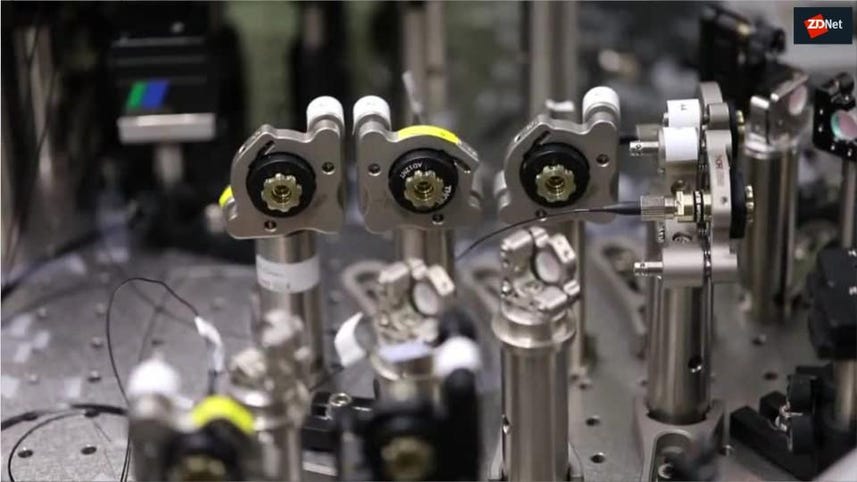 Intel has used its appearance at the IEEE International Conference on Quantum Computing and Engineering to discuss its "full-stack" approach to quantum innovation, which it has touted spans across hardware, software, and algorithm development.

According to the company, its body of work highlights important advances across those areas, which it said were critical for building scalable commercial-grade quantum systems that can run useful applications.

Dr Anne Matsuura, director of quantum applications and architecture at Intel Labs, said quantum research within Intel Labs has made "solid advances in every layer of the quantum computing stack", including with spin qubit hardware and cryo-CMOS technologies for qubit control, and software and algorithms research that she said would put researchers on the path to a scalable quantum architecture for useful commercial applications.

"Quantum computing is steadily transitioning from the physics lab into the domain of engineering as we prepare to focus on useful, nearer-term applications for this disruptive technology," she added.

"Taking this systems-level approach to quantum is critical in order to achieve quantum practicality."

As quantum is an entirely new compute paradigm, Intel said it requires a new stack of hardware, software, and algorithms in order to run future applications on a full-scale commercial quantum system.

"Simulations can help provide an understanding of how to build all components of the full quantum stack, taking workload requirements into consideration before they get built in real quantum hardware," Intel said. "Quantum research efforts across this stack are all necessary today so that as the hardware matures, useful applications are ready to run on near-term smaller qubit quantum machines."

This approach, Intel said, is central to its strategy of taking a "systems-oriented, workload-driven" view of quantum computing, which is the foundation of its vision of quantum practicality.

The company presented its quantum research at IEEE, spanning the use of deep learning to design multi-qubit gates, the efficient loading of classical data sets into a quantum machine, optimal qubit configurations for quantum physics simulations, post quantum cryptography, and a novel technique for executing noise-resilient algorithms efficiently on small qubit systems.

Intel said it has made steady progress in work towards making commercially viable quantum computing a reality.

There are working machines today that perform some small part of what a full quantum computer may eventually do. But what are the real-world applications for quantum computing?

2020s are the decade of commercial quantum computing, says IBM

IBM spent a great deal of time showing off its quantum-computing achievements at CES, but the technology is still in its very early stages.

Quantum Computing
McDonald's said it was trying to delight customers. Then the truth slipped out