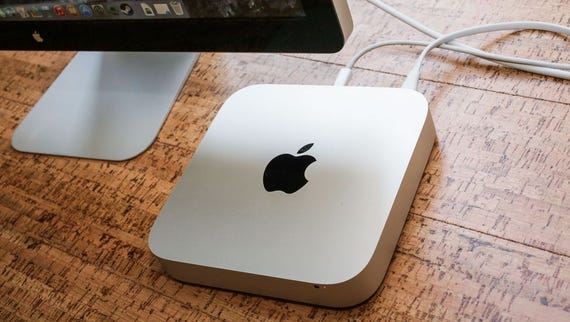 Video: What would it take for Apple to turn the Mac Mini into a Mac Mini Pro?

In the accompanying video, I show you how to replace the fan on a six-year-old Mac Mini. Why would I do that? Because, it's so much more meta than that.

Read also: If Apple's Mac has any future, it's in the cloud

Think about the 2012 Mac Mini. It's the last nearly perfect desktop machine Apple has introduced. You can open that bad boy up. You can replace memory, drives, and -- as I show you in the video -- even fix the fan.

All my Mac Minis have had SSD replacements over the past few years, so the only moving parts are their fans. One machine has been noisy for a while, so I bought a $14.75 replacement from Amazon.

Replacing the fan is a breeze. Twist the bottom slightly to open the case, unscrew three screws, pop off the connector, and do it all in reverse with the new fan. You're done.

I own four of these 2012 machines. They're that good. But, alas, they're not good enough for the workloads I want to run now. I can't run live streaming through these things. They choke on Wirecast, Mimo Live, and OBS.

The iMac Pro is impressive, brain numbingly expensive, and saddled with a big, heavy screen that, while pretty, precludes flexibility.

My 2012 Mac Minis are six years old. Apple updated the Mac Mini once more, in 2014, but it removed the perfection: It's now a closed box. You can't upgrade or fix most of what's inside. That makes me sad.

Apple said its delaying the new Mac Pro until 2019. I (and most power users) can't wait another 18 months or more to get my job done.

What if, instead, Apple updated the Mac Mini? What would it need to do to make this thing perfect again?

As it turns out, not much.

Read also: The new iMac Pro is actually cheaper than the original Mac

First, it would need to go back to the 2012 maintainable design. Let users upgrade memory. Let users swap out drives. Let users fix broken fans. We're not children who can't be trusted around gear. We're pros who have work to do.

The last change (I told you this was simple) is to put some Thunderbolt 3 ports on the back. Keep two USB 3, and add two Thunderbolt 3. That gives you the ability to add an external GPU and one of those lovely ultra-widescreen monitors.

Apple doesn't need to build some super-new, modular machine -- as if computers have never been modular -- or make us wait 10 dog years to get our jobs done. It is always so concerned with heat flow to keep its boxes super thin and quiet, but it's missing the point. The Mac Mini works. Production houses have tens and hundreds of these things. Just put a decent fan in the thing, upgrade the processor, add Thunderbolt 3, and ship it.

Call it the Mac Mini Pro (Apple capitalizes Mac and Pro, but not the "mini" in either the Mac or the iPad). And make it in space gray. Because, why not?

Price it under $2,000 -- because this smart, easy re-design is not that expensive to make. Now, we pros can get our work done without taking out a mortgage. I'd probably buy another four. How about you?

I don't think Apple can fix the iOS mess it's created

Apple has turned iOS from a sleek, streamlined, easy-to-use operating system into a ghastly horror show.