The new iMac Pro is actually cheaper than the original Mac

The iMac Pro is Apple's most powerful, and most expensive computer. Even so, you may be surprised to learn that it is comparatively less expensive than the first Mac. And the difference in performance? Just wow.
Written by David Gewirtz, Distinguished Lecturer on Feb. 7, 2018 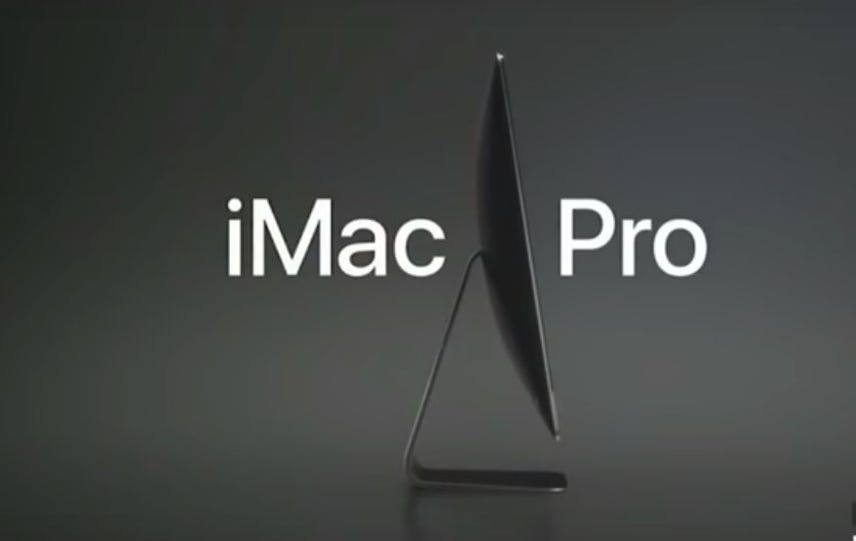 No matter how you price it, the new iMac Pro is spendy. Fully-equipped, it pops eyeballs at a nose-bleedingly expensive $13,199. Even the base unit, at $4,999, is pricey. But is the iMac Pro really the most expensive Mac ever?

No. As it turns out, accounting for inflation, the original Mac 128K introduced by Steve Jobs back when 1984 wasn't going to be like 1984, was more expensive.

First, let's do the basic math. The original Mac was priced at $2,495 in 1984 dollars. Thirty four years later, that would be $5,919 in present day dollars, accounting for inflation.

Since the current-day iMac Pro starts at $4,999, let's upgrade it. For eight hundred bucks, we can either double the RAM from 32GB to 64GB or the SSD flash storage from 1TB to 2TB. That leaves us at $5,799, still under the equivalent-in-today's-dollars price of the original Mac. If you want to be completionist, we could throw in a Space Gray Magic Trackpad for $149, but that would put us $29 over, at $5,948.

Let's start with what you see first: the display. On the original Mac, you got a 9-inch black and white display (not even shades of gray) with a resolution of 512x342 pixels. Total pixel count was 175,104 pixels.

The iMac Pro has a 27-inch 5K Retina display at 5120x3880, with support for one beeellion colors. Total pixel count is more than 14 million pixels.

Not counting the change from monochrome to the iMac Pro's incredible color gamut, we're looking at an 8,400 percent improvement in display capacity.

It's almost impossible to comprehend the performance difference of that, compared to the positively ancient 8Mhz 68000 pushing data across a 16-bit data path. The architectures are radically different, the data management, caching, and, well, everything is radically different.

It's like comparing an old penny-farthing high-wheel bicycle to the upcoming 2020 Tesla Roadster. There's really no comparison.

That said, let's oversimplify and just compare base processor speed, and then add in the cores. At its most basic, 3.2Ghz is 400 times faster than 8Mhz. Of course, we know that you can't even compare 3.2Ghz to 3.2Ghz and get any kind of equivalence, but let's just take that 400x difference and multiply it by 8 cores.

This, too, isn't exactly Apples to Apples. 128K to 32GB is 250,000 times larger. But that doesn't even begin to account for the memory path or memory speed, which is like comparing the speed of a snail to a Formula One race car.

CNET: iMac Pro puts the soul of a Mac Pro in an iMac body

The iMac Pro uses DDR4 ECC SDRAM at 2666Mhz. The RAM in the old Mac 128K was so slow, well, I can't even find its speed. It just doesn't matter. It crawled, even then.

Of course, if we take advantage of the extra money in our then-dollars-to-today's-dollars budget and apply it to RAM, just double everything. 128K to 64GB is 500,000 times larger.

Raise your hand if you remember the 400KB floppies the original Mac had? Raise both hands if you recall how slow they were, even in the context of those days. Yeah. They were pretty much unbearable. But hey, it was a Mac.

Now, we all know about the size of hard drives these days. You can pick up a 10TB drive for around $300. But we're talking about SSD flash onboard the iMac Pro, so we're looking at less storage but more speed. Way, way more speed. By any standard, that storage is fast. Blazingly, insanely fast.

Life in the future

There's so much more we could compare. We could compare Thunderbolt 3 and 10 gig Ethernet. We could compare the production of 4K, 5K, and even 8K video compared to the black and white dots the original Mac could barely put out. We could compare the huge library of applications, the entire world of VR and augmented reality, the incredibly powerful graphics libraries, and the amazing creations we're able to build with modern computers. Heck, there wasn't even the Web back in 1984.

But forget all the specs for a moment. I'd like you to take away two things from this article.

First, current Macs, and even the iMac Pro still have the DNA of that first Mac.

If we could somehow send an iMac Pro back in time to 1984, a Mac user living back then would be able to sit down and immediately use the machine.

Second, when it comes to computing power, our buying power has exploded exponentially.

No matter how you slice it, the amount of capability we have today for the same amount of relative money as back in 1984 is mind-blowing. There's a lot to legitimately be unhappy about in today's world. There's even some justification for the old "it ain't what it used to be" mentality.

But when you compare the original Mac to the iMac Pro, and realize that the iMac Pro is -- based on relative spending power -- actually cheaper, maybe this modern world isn't all bad, after all. At least in terms of what we can do digitally, we've come a long way.