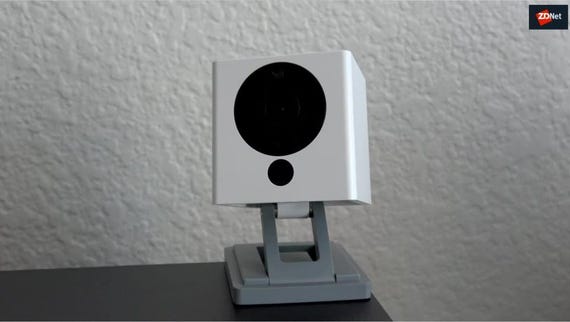 The leak occurred after an internal database was accidentally exposed online, Wyze co-founder Dongsheng Song said in a forum post published over Christmas.

Song said the exposed database -- an Elasticsearch system -- was not a production system; however, the server was storing valid user data. The Elasticsearch server, a technology for powering super-fast search queries, was set up to help the company sort through the vast amount of user data. The Wyze exec explains:

We copied some data from our main production servers and put it into a more flexible database that is easier to query. This new data table was protected when it was originally created. However, a mistake was made by a Wyze employee on December 4th when they were using this database and the previous security protocols for this data were removed. We are still looking into this event to figure out why and how this happened."

The leaky server was discovered and documented by cyber-security consulting firm Twelve Security and independently verified by reporters from IPVM, a blog dedicated to video surveillance products.

Song showed his dissatisfaction with how the two parties, Twelve Security and IPVM, handled the data leak disclosure, giving Wyze only 14 minutes to fix the leak before going public with their findings.

"We were first contacted through a support ticket at 9:21 a.m. on December 26 by a reporter at IPVM.com. The article was published almost immediately after (Published to Twitter at 9:35 a.m.). It was published in conjunction with a blog post from a private security company also published on December 26th. We were made aware of this article at ~10:00 a.m. from a community member who had read the article."

The Wyze exec denied that Wyze API tokens were exposed via the server. In its blog post, Twelve Security claimed they found API tokens that they say would have allowed hackers to access Wyze accounts from any iOS or Android device.

Second, Song also denied Twelve Security's claims they were sending user data back to an Alibaba Cloud server in China.

Song didn't deny Wyze collected height, weight, and gender information. He did, however, deny others.

"We have never collected bone density and daily protein intake," the Wyze exec said. "We wish our scale was that cool."

For now, the three parties involved in the disclosure of this leak appear to be at odds in regards to the specifics of this particular leak. Either way, Wyze said it decided to forcibly log out all Wyze users out of their accounts and unliked all third-party app integrations -- two steps that will generate new Wyze API tokens and Alexa tokens once users re-log in and re-link Alexa devices to Wyze accounts.