IP Australia's Alex is more than just a chatbot

The patent office is investing heavily into cognitive computing, with its chatbot providing much more to the business than only being a first point of contact for consumers.
Written by Asha Barbaschow, Journalist on Feb. 11, 2019 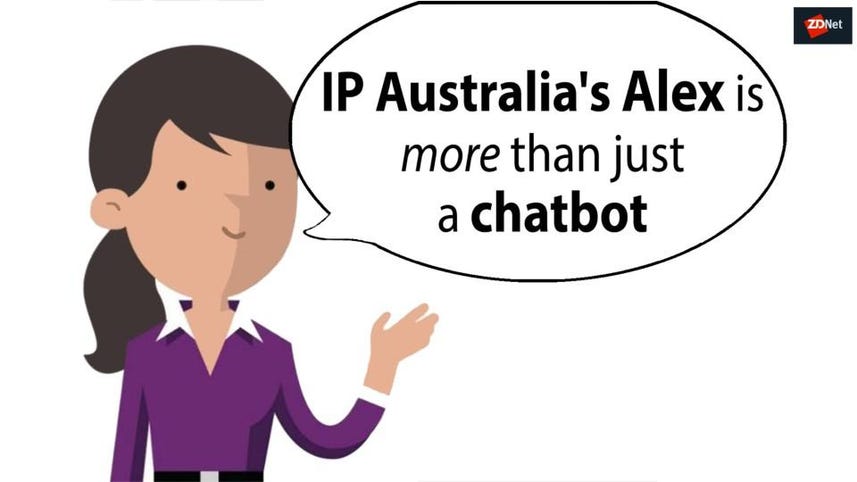 The agency was stood up in 1904 as the Australian Patent Office.

The government entity went from having around 12 percent digital transactions available in 2012 to 99.6 percent currently, and is now working on bringing the last possible 0.2 percent online.

Speaking at Criterion Conferences' Improving the Customer Experience across Government event in Sydney on Tuesday, IP Australia director of Digital Services, Innovation and Technology Craig Stokes said that despite the abundance of digital transactions available, there is still a call centre, and it is vitally important to the business.

That call centre is aided by a chatbot, Alex, which is actually the first step in heading down the artificial intelligence (AI) path, Stokes explained.

Two and a half years ago, Alex was borrowed from the Australian Taxation Office (ATO), with IP Australia replacing its green shirt with a purple one. Any government business that is interested in using Alex will change the colour of the t-shirt, with the DTA recognising Alex as the "government helper".

"AI is the biggest area we're looking at now, trying to work out where AI comes into the world of good customer service," Stokes explained. "When we were looking for AI solutions, it has to be helping the customer and the business, it's pretty fundamental. If you're not doing that, why do you bother?"

Alex takes around 40 percent of the organisation's active customer interactions.

Internally, the AI performs automated checks to run a comb over a trademark examiner's work, as well as for basic assessments before it gets to the patent examiner.

It also performs: Application prioritisation when a new request is received; patent auto-classification, which previously saw an individual sift through all documentation to determine which class the particular patent falls under; and Trademark Assist, which Stokes said is the most customer-focused piece of AI.

Alex started with trademarks, as Stokes said this area is what 80 percent of inquiries to IP Australia are about.

"Unsurprisingly, one of the biggest values out of having a chatbot is that it shows off where you don't have information, where processes are broken, what you're doing wrong," he explained. "Even if the chatbot can't answer it, you've captured that data, you can analyse it, and go back to it."

Now, Alex trawls through manuals, procedures, and legislation, in addition to previous interactions and information that is available on the IP Australia website. Stokes considers Alex the buffer before the call centre.

There are two call centre staff members operating the web chat all day for IP Australia. When Alex gets a question that it doesn't understand, it throws it off to a web chat operator, and they have 90 seconds to return the answer.

Before implementing Alex 2.5 years ago, IP Australia staffers were taking 12,000 calls per month.

"Now I'm not saying Alex was the only intervention we had, but it was one of the main ones. Acting on the insights we were getting from Alex, we're now down to 5,000 calls per month and still dropping," Stokes said. "The value for money and return on investment is quite good."

He said the insights gained from the initiative, as well as the fact that it made other processes simpler, has meant implementing a chatbot as the start of an AI journey has been very beneficial.

IP Australia's plan to fix the 'spaghettification' of its data

The government entity is five months into its business intelligence and analytics project to make data an asset, looking to a future where it can share data with global trademark agencies.

After building a business case and working alongside the ATO to develop the platform, the department decided not to go live with its virtual assistant pilot.

How to use AI chatbots to connect with customers (TechRepublic)

Security
The modular Framework laptop just got a major update