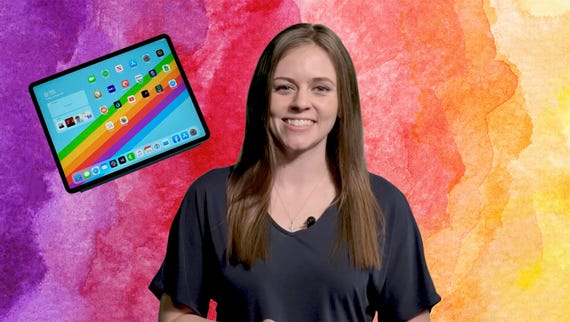 How to turn your iPad into a work computer
Watch Now

Apple has launched a new iteration of its iPad Pro, with a more powerful chip and even a LiDAR scanner for augmented-reality applications. And the Cupertino giant also has something else in store – a new "Magic Keyboard", which brings laptop-like features to the device, and sits well with Apple's claim that "your next laptop is not a laptop". 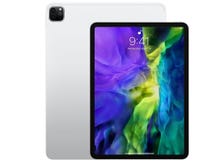 The new keyboard – which is branded in the same way as the "Magic Keyboard" already available for MacBook devices – uses Apple's scissor-switch mechanism and is backlit. It also includes trackpad support – a feature so far unseen in iPads. But the star of the show is the keyboard's hinges, which Apple says "allow smooth adjustments of the viewing angle up to 130 degrees."

With the Magic Keyboard attaching magnetically to the iPad, the hinges will let users display the screen at various different angles. While previous keyboards allowed only for two positions, therefore, users will be given a much wider 130-degree window to adjust their device. According to the company, the end-result looks like the device is "floating", rather than sitting behind the keyboard.

Another feature is the USB-C port that is built into the keyboard to charge the iPad, and which means that, along with the port on the iPad itself, users will have a grand total of two USB-C ports. In other words, using accessories such as external drives and displays while also charging the device won't be off-limits anymore.

The Magic Keyboard works with the just launched iPad Pro, but can also connect to last year's iPad Pros. It will be available to purchase from May with layouts for over 30 languages, and as with many things Apple, it won't be cheap. Starting at $299 for the 11-inch iPad Pro, the keyboard will reach $349 for the 12.9-inch iPad Pro.

In comparison, the Smart Keyboard Folio, which stays attached to the device via the Smart Connector, and is widely used with iPads, comes at $179 for the 11-inch and $199 for the 12.9-inch.

It remains to be seen how the new iPad Pro, along with its innovative keyboard, performs compared to similar technologies that are already popular among consumers, such as Microsoft's Surface, for instance.