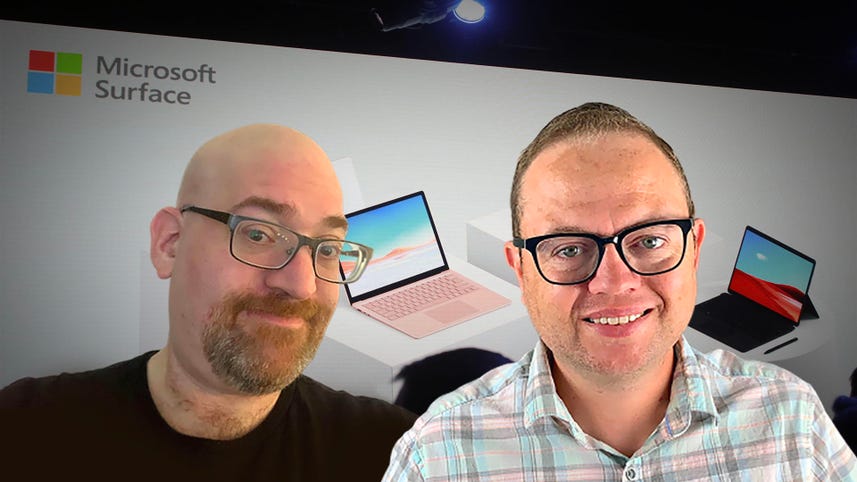 At its Oct. 2 fall hardware event, Microsoft took the wraps off a number of new Surface PCs and peripherals, as expected. The new devices, which will be ready to ship this month, feature Intel, AMD, and Arm processors.

Surface Pro X is an Arm-based Surface tablet with two USB-C ports. Rumors said this device would be based on the Qualcomm 8cx processor. It's actually based on a custom Arm chip codesigned by Microsoft and Qualcomm called SQ1. The device has two USB-C ports, a 13-inch display, a Surface "Slim Pen" that is housed inside the keyboard, and a removable hard drive. Microsoft is claiming this device has 13 hours of battery life. Microsoft says it has an integrated AI engine, which lets computation happen "on the edge" and using the cloud. Pricing starts at $999 and shipments begin in November 2019.

This is not a fully redesigned Surface Pro (which was originally scheduled to arrive this year and codenamed Carmel), but rather a minor update to the Surface Pro 6, which Microsoft launched last fall. The Pro 7 will include both USB-A and USB-C ports. It features an Intel 10th generation Core processor. The Pro 7 starts at $749. It is orderable as of today and will ship on Oct. 22.

This device comes in two models: There's a 15-inch one aimed more at "consumers" and featuring an AMD processor, which Microsoft codesigned with AMD; and a 13-inch model running an Intel 10th-generation Core processor. Alcantara-covered keyboard is now optional (huzzah!), too. The Intel-based 13-inch Laptop 3 starts at $999; the AMD-based Laptop 3 starts at $1,199. Both devices are available for preorder today, Oct. 2, and will ship on Oct. 22.

(Note: As rumored, none of the new Surfaces features Thunderbolt 3, which supports data transfer speeds of up to 40Gbps, and allows users to connect two 4K monitors on a single port.)

Codenamed Joplin, these have 24-hour battery life, Microsoft officials say, and are integrated with Spotify and Office apps (Word, Teams, Outlook and PowerPoint), which allows users to interact with music and apps by touching and manipulating the buds. The buds will start at $249 and be available this holiday season, Microsoft officials said.