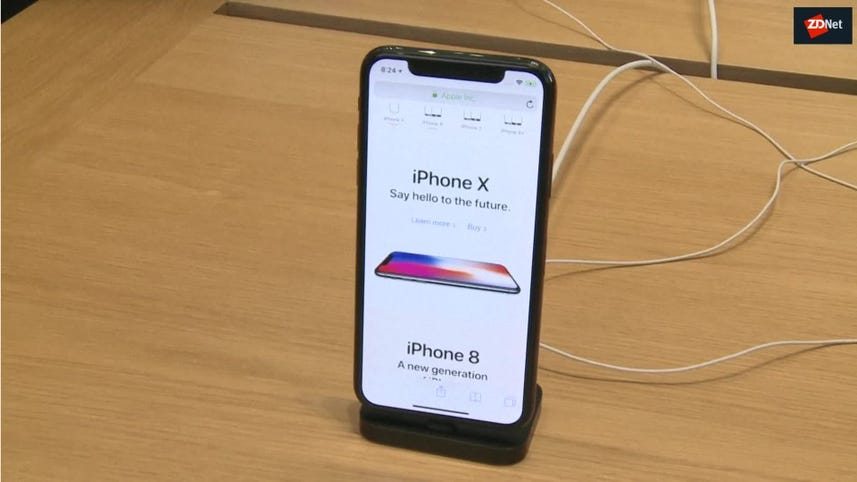 Apple is expected to sell "fewer than 14 million" iPhone X handsets in the first quarter of 2018, or less than half the 29 million Apple is estimated to have sold in the previous quarter, according to analyst firm Canalys.

"iPhone X in Q4 2017 shipped 29 million units. So, following that with less than 14 million units in Q1 2018 actually represents a much faster decline than we typically see in iPhone seasonality," Canalys analyst Ben Stanton told ZDNet.

Galaxy S9 and S9+ sales to the US reached 2.8 million in the first month, according to Canalys.

Despite slowing iPhone X sales, Counterpoint Research recently reported that the iPhone X accounted for 35 percent of worldwide smartphone profits in Q4. The only non-iPhones in the top 10 most profitable devices were Samsung's Galaxy Note 8 and Galaxy S8 Plus.

Canalys' Stanton reckons a slowing worldwide market for smartphones will prompt Samsung to introduce discounts on the S9 to make it the leading Galaxy phone by shipments.

"Its regional teams are being rated on volume, with management eager for the S9 to out-ship the S8," wrote Stanton.

"With some regional teams already electing to discount the Galaxy S9, it is clear that as the worldwide market slows, Samsung will sacrifice margin to defend its share."

Even Apple's iPhone SE takes a larger share of worldwide handset profits than any model from Chinese makers.

Apple has a new robot that can recover about 1kg of gold and 7.5kg of silver from every 100,000 old iPhones.