Even Apple's iPhone SE takes a larger share of worldwide handset profits than any model from Chinese makers.
Written by Liam Tung, Contributing Writer on April 18, 2018 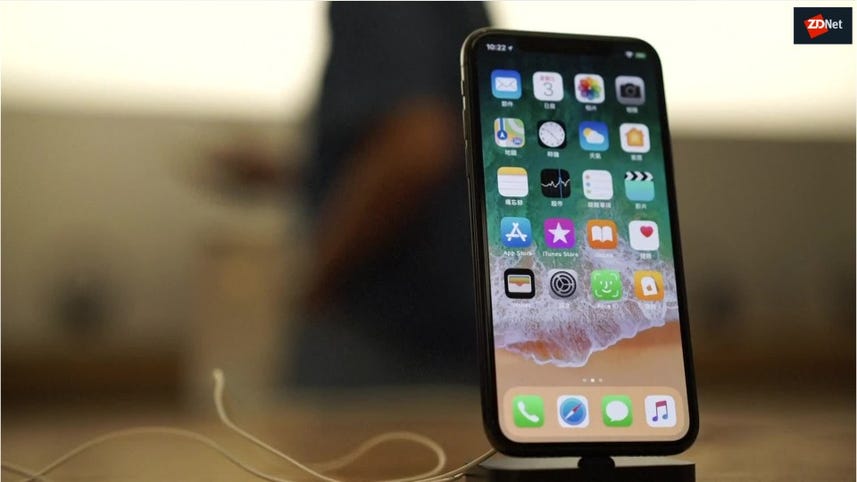 Video: For the iPhone X, the price is a whole lot more than the sum of the parts.

The iPhone X accounted for 35 percent of worldwide smartphone profits in the last quarter of 2017, despite reports of slower than usual sales and even though it was only available for two months.

The estimate comes from a new report by Counterpoint Research, which says the iPhone X generated five times more profit than the combined profits of over 6,000 Android OEMs during the quarter.

Taking into consideration all iPhone models, Apple raked in 86 percent of global handset profits, with the iPhone 8 and iPhone 8 Plus accounting for 19.1 percent and 15.2 percent, respectively. Meanwhile, last year's iPhone 7 and iPhone 7 Plus together accounted for 11.2 percent of profits.

This continues the pattern of Apple dominating handset industry profits while Android OEMs fight over as little as 10 percent of the remaining profits.

Of the top 10 phones by profitability in the quarter, the only non-iPhone devices in the list are Samsung's Galaxy Note 8 and Galaxy S8 Plus, which had a share of 3.9 percent and 1.7 percent, respectively.

Apple hasn't revealed how many of the $1,000 iPhone X units it sold in Q4 2017, but said in its Q1 report that it has been the top-selling iPhone since it began shipping in November. Apple reported $61.5bn in iPhone revenues for the quarter, up 13 percent year over year. Analyst firm Canalys estimated it shipped 29 million iPhone X units in the quarter.

"Additionally, the longer shelf life of all iPhones ensured that Apple still has eight out of the top ten smartphones, including its three-year-old models, generating the most profits compared with current competing smartphones from other OEMs."

Apple's success means even iPhones that are two generations behind the current models are still more profitable than new handsets from Chinese OEMs, which collectively generated revenues of $1.3bn in the quarter. Huawei was the top performer in China, according to Counterpoint Research.

Despite the iPhone 8 and iPhone X, smartphone sales just ran out of steam

Even with a good performance from Apple's newest devices, smartphone sales dropped dramatically in the last three months of 2017.

iPhone sales disappoint despite all the hype

iPhone sales slip 1 percent compared to the year-ago quarter despite all the hype surrounding the iPhone X.