For many in the IT industry, the dream is to set up a tech start-up and grow it into the next Google or Apple. Individual start-up scenes are thriving in EMEA, but from staffing to rent, exit potential to government support, there are huge differences between countries. Which country is right for your fledgling tech company? ZDNet examines some of the major hubs in the region, and what each can bring to the start-up table.

For the uninitiated, Estonia may not immediately seem like an obvious place to start a start-up: a small country in the north east of Europe, Estonia's population of just under 1.3 million is less than the number of people living in Manhattan.

However, the country, which recalimed its independence after the collapse of the Soviet Union 21 years ago, has already got some notable achievements under its belt when it comes to tech. 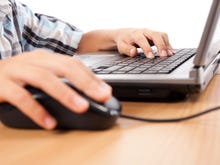 Estonia is known for its widespread, free Wi-Fi connections, its commitment to e-government, building its future IT skills base and other internet-related services. So key is online infrastructure to Estonia, in 2000, the country's parliament passed a law that declared internet access a fundamental human right and started a massive programme to bring web connections to previously ignored rural areas.

In recent years, both the state and the private sector have been encouraging the growth of the local start-up scene - a trend that has already begun to bear fruit.

The country's biggest success story so far has definitely been Skype. Although many Estonians like to think about Skype as "our own" company, it was actually founded by a Dane and a Swede. Nevertheless, the software was originally developed by three Estonian software engineers who were also behind the once-popular Kazaa file-sharing software.

Even though Skype has passed through the hands of US companies eBay and Microsoft, it still maintains a significant presence in Estonia, with a development centre that employs over 400 well-paid IT specialists, and many former employees going on to set up their own companies using the knowledge and experience they acquired working for Skype.

It's difficult to estimate how many start-ups are currently in operation in Estonia due to a fairly rapid expansion in their numbers in the last few years - according to Enterprise Estonia, 10 to 20 new tech start-up companies are set up every year. And, according to the Wall Street Journal, Estonia produces more start-ups per head of population than any other country in Europe.

The most successful start-ups in Estonia are online service providers, or those who work in the fields of social networks and software development (although there are many examples of companies that have chosen a different path to success).

In the social field there's Zerply, a business network for creative professionals, and GrabCAD, which has been called 'the Facebook for engineers'. The latter has been successful in two prestigious start-up competitions, Techstars and Seedcamp, and has raised millions of dollars in Silicon Valley funding, including an investment from Yammer founder and serial investor David Sacks.

In software development, there's also ZeroTurnaround, a rare example of a self-funded Estonian start-up that has broken through on the global scale. The company provides time-saving tools for Java programmers, and its customers include Bank of America, American Airlines, Lufthansa, Oracle, IBM and others.

The other big name on the scene is Pipedrive, which creates business management software and has customers in over 70 countries in the world. One of the pioneers of Estonian start-ups, Erply, is also gaining momentum globally with its software for the retail sector.

Estonia has also spawned a number of interesting online services companies, including Transferwise – which, like many other Estonian start-ups, was co-founded by a former Skype engineer – a money transfer business that has already got backing from IA Ventures and Index Ventures. Another example is Fortumo, which is focusing on mobile payment systems and has partnered with Rovio, Badoo, Digital Chocolate and others.

The boom in the number of start-up entrepreneurs in Estonia is influenced by a number of factors, including tax and how companies are registered in the country.

Estonia has one of the most liberal tax regimes in the world, whereby companies only have to pay corporate income tax on their dividends

Estonia has one of the most liberal tax regimes in the world, whereby companies only have to pay corporate income tax on their dividends

Setting up a company is also both really easy and really cheap in Estonia. In recent years, the government has been encouraging people to start their own businesses and has simplified the paperwork would-be business owners have to complete. Right now, people can establish a private limited enterprise online in 30 minutes and the initial payment (a minimum of €2,500) doesn't have to be paid when the company is founded, although the founders do have to specify the date when they'll make the payment.

There's also some other government support for would-be start-up owners: Estonia has some state-backed organisations and foundations that provide informational and financial help for entrepreneurs and start-ups such as the Estonian Development Fund and Enterprise Estonia.

And, for those seeking a community, Estonia has that too: there is a healthy number of start-up conferences, seminars and other related events being held regularly, with the start-up community mostly based in the capital city of Tallinn. 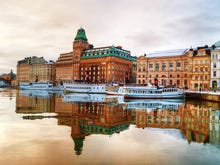 Among the focal points of the community is a science park next to the Tallinn University of Technology called Tehnopol, a business hub that houses over 150 technology companies; while in the city centre lies Garage48 Hub, a community-led co-working space for over 20 companies.

Tallinn also has several accelerator programmes for start-ups based in the city such as Startup Wiseguys and Gamefounders, as well as a competition for young entrepreneurs called Ajujaht ('Brainhunt' in English).

(And, if Talinn doesn't appeal, there's always Estonia's other start-up centre, in the country's second city of Tartu, which has its own start-up scene.)

Despite its burgeoning start-up social scene, the size of the talent pool in Estonia could be an issue for new tech businesses, despite the staffing costs being relatively low compared to other European centres. While in recent years the state, universities and local IT companies have heavily promoted IT studies by creating new scholarships for students and tempting people into the field with incentives such as free laptops, it's a trend that comes in response to Estonia's skills shortage. According to recent research, the country is currently in need of over 2,000 IT specialists.

The skills issue is one of the biggest problems for technology start-ups in Estonia, along with a lack of angel investors and venture capital, so it's common for the most the successful enterprises to try to move to Silicon Valley, New York, Boston or other business and tech hotspots as soon as they can.

"Entrepreneurs start their companies in Estonia and then move to other places which have money and talent they need," Jevgeni Kabanov, the founder and CEO of ZeroTurnaround, says. 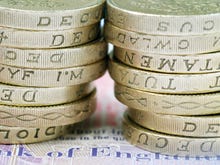 "The availability of funding in Estonia is decreasing, but without it, it's impossible to enter bigger foreign markets. The government should certainly keep investing in start-ups because it's also sending a positive message to foreign investors," Kristjan Hiiemaa, founder of Erply, added.

"Actually, it has happened already," said Hiiemaa. "Our holding company is based in London and our biggest market is USA. Our development team will always be based in Estonia, but our US team is also growing really fast. But the most important thing is that the company is being led by an Estonian team."

Thanks to its working culture and rapidly growing entrepreneurial culture, Estonia is still one of the best places in the world to found a start-up, according to Kabanov, who plans to keep the connection with the birthplace of his company alive.

"We're definitely not going to move our company completely out of Estonia. We're still boys from Tartu," he says with a smile.

Join Discussion for: Is Estonia the best place to start your start-up?