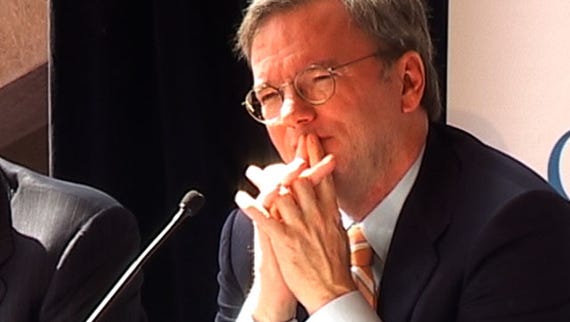 Is Google sharing your information with US govt?
Watch Now

Google CEO Eric Schmidt revealed yesterday that the US government has made "requests" for the search giant to share information about its users -- and that Google would comply if the requests were legal.

During his flying visit to Sydney, ZDNet.com.au asked Schmidt whether, if Google was sharing information with the US government, the company would admit to it.

"That's a good question," he said. "The US government has attempted to get us to give them information and we have a very strong legal system in the United States -- as you do -- and that legal system is really important, in terms of limiting random explorations by governments.

ZDNet.com.au asked if the Patriot Act bypasses "normal" procedures. "Let's not have a debate about the Patriot Act -- there is Patriot 1, Patriot 2 ... There is a lot of litigation in the courts about all of that," Schmidt said.

"We are subject to US law.

"The good news is that we are very aggressive about making sure that any requests we get are absolutely legal," he added.