Is Google the Center of the Universe?

It's not even a year since the triumphalism of Jeff Jarvis's Google 'reverse engineering' book 'What Would Google Do?' hit the book shelves, but it seems an age ago now.
Written by Oliver Marks on Nov. 24, 2009 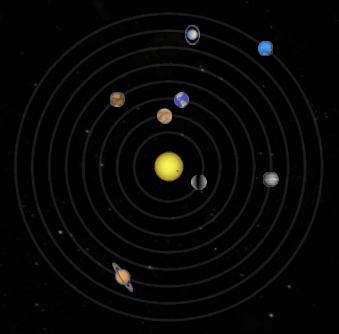 It's not even a year since the triumphalism of Jeff Jarvis's Google 'reverse engineering' book 'What Would Google Do?' hit the book shelves, but it seems an age ago now. Jarvis's publisher Harper Collins claims this book is 'all about you' in their promo blurb - how you can apply Google thinking to your business ideas.

There's no 'preview' available of Jeff's book on Google books so I'll have to check it out of the library again when I have time to refresh my memory. (Interestingly Google books front page looks rather like the pseudo retail experience of the San Francisco Central Library, with latest purchases on display for checkout if you can navigate your way past the homeless and unemployed lining up to use the free internet).

Jarvis has been blogging about the 'Murdoch/Bing sillliness' (Publisher Rupert Murdoch's claims he will block Google from indexing News Corps materials and do a deal with Microsoft, so consumers will have to use their new Bing search engine to find Murdoch owned content) and says this plan won't work.

He may well be right, but with Wikipedia losing momentum the zeitgeist of the times is changing. From 'topnews.us' (Not a Murdoch title but reporting on a Murdoch owned Wall Street Journal article):

Statistically speaking, Felipe Ortega, a Spanish researcher who analyzed Wikipedia’s editing-history data of almost three million active contributors in 10 languages, noted that in the first quarter of 2009, as many as 49,000 editors of the English-language Wikipedia quit the site, as compared to a net loss of 4,900 editors during the same period last year.

While the Wikipedia founder Jimmy Wales, the chairman emeritus of the foundation, has acknowledged that participation to the site is apparently declining, the foundation’s executive director Sue Gardner specified that the “easy work” of contributing, as in the “gold rush” early days, has now become a thing of the past!

In a recession like the current one, the curious use of the term 'gold rush' by Gardner takes on a new meaning. Maybe some of the ex editors are now at the San Francisco library waiting to use an internet connected computer, having failed to find any gold in their crowd sourced collaboration activities. Was there ever any?

Meanwhile Seth Godin, the normally on point 'writer, speaker and an agent of change' blogs pithily

Rupert Murdoch has it backwards

You don't charge the search engines to send people to articles on your site, you pay them. If you can't make money from attention, you should do something else for a living. Charging money for attention gets you neither money nor attention.

Suggesting Rupert Murdoch does something else for a living is pretty hilarious stuff.

News Corp. leaving Google would be a mosquito bite on an elephant’s ass, unnoticed by Google or by the audience. For there will always be – as Murdoch laments – free competitors: the BBC and Australian Broadcasting Corp, which he and his son complain about, not to mention the Guardian, the Telegraph, NPR, CBC and any sensible news organization worldwide.

This silliness is emblematic of the end of the Gutenberg age, the industrial age, the age of control, the age of centralization, Murdoch’s age. The problem here is that Google-virgin Murdoch simply does not understand the dynamics of the link economy. He roars against them. Google et al do not take his content, they send it audience and value. It is up to him to exploit that. The business failure here is Murdoch’s, not Google’s.

The BBC and Australian Broadcasting Corp are both state owned entities (and major employers) while NPR and CBC aren't exactly 'free' in the Google sense. The UK's Guardian and Telegraph newspapers are both trailblazing online but relying principally on revenue from newsprint sales.

At this moment in time the Murdoch media ecosystem of consumer channels arguably dominates political destiny in several countries as well as supplying the advertising eyeballs needed for mass market campaigns.

Google is essentially a contextual advertising channel (adwords appear when you search for things in their search engine, merchants rely on search over the old method of looking in the Yellow Pages phone book alphabetized by category).

The Google land grab to capitalize on their period at the center of search is entirely understandable, and encompasses giving you everything from books they've scanned to software they've copied (or developed or bought) for nothing. The whole business model is arguably about you seeing contextual advertising as your part of your search Faustian bargain.

Say what you will about Murdoch's empire, ethics and politics, but you can't argue about the fact they employ over 60,000 people in an era when shedding jobs is the 'Wall Street juice' of a jobless 'recovery'.

Meanwhile books which 'ask and answer the most urgent question of today: What Would Google Do?' may be interesting, but fail to understand the difference between building trusted media brands which people will pay to consume, and link economies, which don't appear to be providing a living for many people right now.

Speaking of link economies, I'll let Dilbert have the final link on this post. Riboflavin.