Calm down folks, this isn't as crazy as it sounds. In fact, Microsoft's been quietly putting a lot of the groundwork for such a switch in place.
Written by Adrian Kingsley-Hughes, Contributing Writer on April 12, 2016 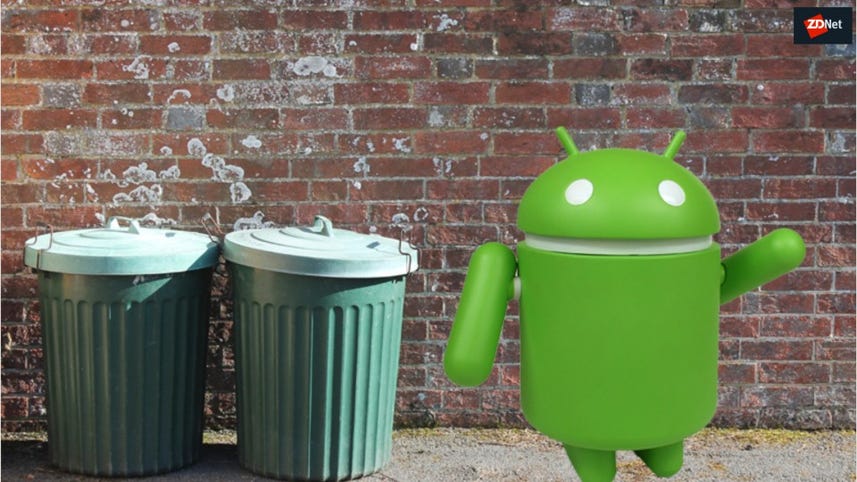 Windows Phone has all but died on the vine, and with less than 2 percent market share, it is unlikely to gain any new ground given the pummeling it is receiving from the twin mobile titans of iOS and Android.

But one of those foes actually offers Microsoft a possible lifeline, and a way to make a bigger impact in the mobile space. It's time for Microsoft to dump Windows Phone and start making Android smartphones.

Calm down folks, this isn't as crazy as it sounds. In fact, Microsoft's been quietly putting a lot of the groundwork for such a switch in place.

First off, Microsoft has been working hard to bring a whole array of its tools and services to the platform. Office, OneDrive, Skype, along with all its cornerstone services, are already available to Android users (and, for that matter, iOS users too). And Microsoft is adding to this list all the time, such as with its acquisition of SwiftKey (which, ironically, was an app that was never made available for Windows Phone).

I've used many of these apps, and Microsoft has done a wonderful job of bringing its products and services to both the Google and Apple ecosystems. The Office suite of apps is particularly respectable, and beats pretty much everything else on offer on Android.

Computers you can hold in the palm of your hand

Even Cortana is now ready for Android, offering a respectable alternative to Google Now.

And Microsoft is also very involved in the wider Android ecosystem. Not only is it squeezing patent money from a whole raft of Android device makers (at the same time getting those hardware manufacturers to bloat out their devices with apps such as Office), it has also invested money into CyanogenMod, the custom Android ROM maker, again as a way to get its products and services onto Android devices. Add to that the recent acquisition of Xamarin, a software company specializing in tools to create native apps for Android, iOS, and Windows.

As you can see, the Redmond giant has its fingers in a lot of Android pies, and many of the pieces for switching mobile platforms are already in place. One of the few 'app gaps' that currently exist is that Microsoft doesn't have a browser for Android, but I wouldn't be surprised to see a version of the Edge browser making an appearance in the Google Play store at some point (beware that the "MS Edge Browser" currently in the Google Play store has nothing to do with Microsoft).

One question that's probably on a lot of readers' minds is this - how can Microsoft differentiate its Android smartphones from, well, pretty much every other Android smartphone out there? Simple. It just needs to offer an alternative to Google. In fact, there's nothing stopping Microsoft from doing what Amazon did with the Kindle and forking the Android codebase and doing its own thing with the platform, with or without help from CyanogenMod.

Don't underestimate how powerful a "not Google" Android smartphone could be, especially when the firm behind it has some serious apps and services in place to support it (unlike the mess that the likes of BlackBerry and Amazon made of entering the space). There's no reason that an Android-powered Lumia couldn't be tightly integrated with Microsoft products and services, and would come with the added benefit of a far more buoyant app ecosystem.

Rumor has it that Microsoft has several Surface branded smartphones in the works, but that they won't see light of day until sometime in 2017. The problem is that it's hard to see how Windows Phone can make it until 2017. Even if the platform can limp for another year or so, it's very likely going to be hemorrhaging both market share and customer goodwill the entire time. Also, given that the Surface brand is quite strong, why risk tarnishing it with yet another Windows Phone failure?

Microsoft makes some great hardware - the current lineup of Lumia handsets are remarkably well made - but the Windows Phone platform just isn't capturing the imaginations of consumers or developers alike. Android, for all its faults (*cough* updates *cough*), has the traction, and is holding its own against iOS very well. The combination of Lumia hardware and an Android operating system would put Microsoft in a position to compete against the likes of the Samsung Galaxy or Google Nexus hardware.

Microsoft needs to do the right thing and brush Windows Phone into the trashcan, and reboot its mobile aspirations with a platform that has a chance of standing up to the competition.

And, just as with ripping off a Band-Aid, it's better done fast.

Just get it over with.