I've seen a lot of mobile platforms come and go, and it's now pretty clear that nothing can touch the duopoly created by iOS and Android.

Cyanogen's recent hasty exit from the market, along with the failure of Microsoft to make any headway in the arena despite throwing billions of dollars at the problem show just how well Apple and Google (you could also throw Samsung, the only really profitable Android hardware maker, into that list too) have it all stitched up.

The thing about the mobile marketspace is that it seems deceptively big. With smartphone unit sales close to 1.5 billion in 2016, you'd think that a third player would only need to carve off a small slice of that to get a good foothold in the market.

Plenty have tried -- from Cyanogen to Tizen to Firefox OS to Windows Mobile -- and yet all failed, and failed miserably.

Just as Windows and macOS have desktop computing stitched up, and the browser market is a three-horse race between Chrome, Internet Explorer, and Firefox, the maturity of the mobile market, along with the long list of those who tried and failed to shake things up, should act as a warning sign to any company wading into this arena.

Billions of dollars have been burned trying to shatter this duopoly, and they would have been better spent on carving out new markets and niches (such as AR/VR, voice assistants, or AI).

While iOS and Android may have between them won the mobile war, the real winner is Apple with iOS. Apple has less than 20 percent of the mobile hardware market, but pulls in in excess of 80 percent of the revenues and profits. In the Android camp, besides Google, the only player making any real money is Samsung, with most losing money by choosing to make Android smartphones.

And yet Android is key to Apple's success, because its dominance, especially at the low-end of the market, makes it impossible for new players to get a foothold. It's a symbiotic relationship, and it wouldn't be in Apple's interest for Android as a whole to fail. Also, while the hardware players are frantically trying to make a few bucks from Android, they're not interested in investing much time in new platforms because they're far more likely to fail.

So stop getting all excited when a new player enters the market. It's all over. Instead focus on what new areas are opening up outside of smartphones. 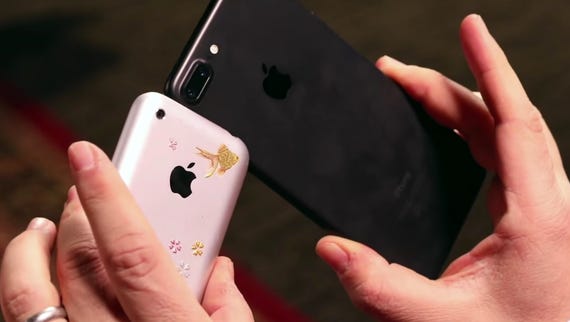 Join Discussion for: It's time to stop dreaming: iOS and Android...