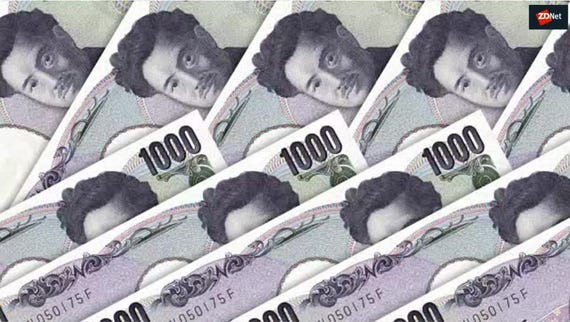 Camil Moldoveanu is a four-time world champion in Brazilian jiu-jitsu and one of Eastern Europe's most promising tech entrepreneurs.

He thinks competition in business and competition in sport are not so different. "As Mike Tyson put it, 'Everybody has a plan until they get punched in the mouth'," he tells ZDNet.

Moldoveanu is CEO of re.flex, a Romanian startup that aims to help people recover from injury. His team is developing a motion-tracking wearable that guides patients during the last stages of physiotherapy rehabilitation, helping them to do exercises at home effectively.

So far, the wearable has been tested by patients who have had total knee or hip replacement, meniscus reconstructions, and who have also undergone surgery to repair ligament tears.

The patient attaches two re.flex devices to each side of the injured joint. During the patient's exercises, the wearables collect data and give feedback in real time, issuing an alert if the exercises aren't being carried out correctly. The doctor can track the patient's progress online and change the routine if necessary.

"The physiotherapists who've been using re.flex are amazed by how well the device is working and how easy it is for patients to use it," Moldoveanu says.

The wearable tracks up to 20 parameters of the knee and hip movement, such as flexion, extension, rotation of the shin, speed, acceleration, abduction or adduction.

"Unlike other solutions that use Microsoft Kinect sensors, our product can track movement even when the patient lies down on a mat, and half the exercises for the knee require that posture," Moldoveanu says.

Founded two years ago by Camil Moldoveanu and his long-time friend Andrei Kluger who serves as CTO, the startup is valued at €3m ($3.7m), a substantial figure for Eastern Europe.

Re-flex is already working with several clinics and hospitals in Germany, the UK, and Romania, and is looking to expand its client base this year.

The startup targets clinics and hospitals, promising cost reduction and better care of their recovering patients. It also enables healthcare facilities with multiple locations to check how staff members follow a customized protocol.

Moldoveanu began thinking about re.flex in 2015, after he won the European title in Brazilian jiu-jitsu's +100kg category. During the competition, he severely injured the meniscus in his right knee, but he only did four weeks of recovery instead of eight.

"Nobody could explain to me why I needed to do eight weeks since I felt my knee was strong enough," he says. "When you self-report at the doctor's office, you're asked: 'Hey, have you done all your exercises?'. And you say: 'Yes, of course'."

By talking to doctors, he found out that about three-quarters of the patients don't finish recovery. Most stop when the pain is gone. And half of those get injured again. Which is exactly what happened to him. His injury worsened, and he had to undergo surgery followed by six long months of recovery.

In this unhappy experience, Moldoveanu found inspiration. He believed technology could ease the recovery process and help patients like him.

He had a degree in computer science, he owned a small software outsourcing company in Bucharest, and he knew a thing or two about performance in sports, so he decided to build a startup.

"I soon discovered that there's a strong correlation between performance in sports and performance in business," he says. He still thinks the world championships he attended have been the toughest training an entrepreneur could get.

Brazilian jiu-jitsu is based on the idea that a weaker person can defend themselves against a stronger one by taking the fight to the ground and using joint locks and chokeholds.

Moldoveanu said this combat sport has guided his career as an entrepreneur from the very beginning.

He remembered that he and his coach made a list of all the things an athlete needs to fight for a medal. "There are seven of them: talent, discipline, the right mindset and attitude, money, a bit of luck, a good team, and perseverance, which is the most difficult to master."

Moldoveanu said most of the martial arts practitioners he has talked to were only born with one or two of those. "During their career, they struggled to grow the others. It's the same in business."

In jiu-jitsu, there are two kinds of fighters: those who tell themselves they are the best, and those who focus on their vulnerabilities, he says Like most athletes, he initially tried the first approach, but failed miserably. "Whenever the opponent was better than me, I was left with no plan at all."

Now he uses a different strategy: "I try to find satisfaction in the worst-case scenario. If I go to a competition and all goes south, I can still make new friends, maybe visit a new place, and discover new things I want to improve at."

This approach helps him silence the inner voice that keeps reminding him of his vulnerabilities, whether he's fighting for a medal or in discussions with an investor. To deal with pressure, Moldoveanu also tells himself that he only has to do what he learned in training.

Sports and business are trial-and-error processes, and there's no such thing as winning all the time, he says. "In jiu-jitsu, when you lose a match, you watch it, you learn as much as you can from it, and then move on."

At the office, he has the same attitude. "I tell my team: worst-case scenario, if re.flex doesn't work, we're all going to be a little bit smarter. I wouldn't call this failure."

He often shares his plans with the team, describing the road ahead and breaking it into smaller sections, another strategy he learned at the gym.

"If you tell an athlete to do 300 push-ups, they'll probably leave the room. But if you tell them they have to do 10 series of 30 push-ups each, it suddenly sounds much better. And at the end, they'll be amazed at what they can achieve."

Moldoveanu might be among the best Brazilian jiu-jitsu fighters in the world, but his startup career is just beginning. Still, he thinks he might have what it takes to be a gold medalist in technology as well. And, worst-case scenario, if nothing works, he'll learn something and move on.

Want to learn programming? This startup pays you cryptocurrency to study Python

A scheme teaching veterans to code helps them retune to civilian life and serve their country through technology.

With high salaries, low living costs, and warp-speed internet, Bucharest is an appealing destination for techies.

Join Discussion for: Jiu-jitsu and tech startups: How this world...