The Russian-based security vendor met with the prime minister's office to tout its new transparency centre initiative and proactively prevent the Australian government from following the United States in banning its use.
Written by Asha Barbaschow on June 25, 2018 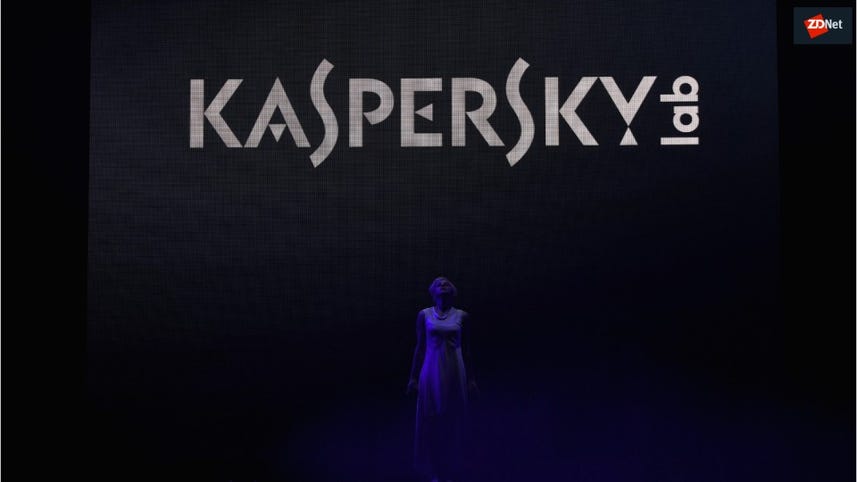 After announcing last year it would be opening a transparency centre in Switzerland, Kaspersky Lab has been touring the globe trying to claw back trust, following the United States government publicly denouncing support of the cybersecurity firm.

Speaking with journalists in Sydney on Tuesday, Kaspersky Lab APAC managing director Stephan Neumeier said his company met with representatives from the Australian government this week, in attempt to prevent a similar situation unfolding down under.

"The information was very well-received by the prime minister's office, meeting went very, very well -- bottom line is we don't want to have the same situation here in Australia that we have in the US and we keep the dialogue with them, inform them of what we do. If there are concerns in the future and the transparency centre is up and running, we are going to invite them to Switzerland to see for themselves what we have done and see how the products work.

"At the end of the day, every country has to [make] its own decisions."

By the end of 2019, the Russian-based firm will have the transparency lab up and running in Zurich, with the facility storing and processing all information for users in Europe, North America, Singapore, Australia, Japan, and South Korea, with more expected to follow.

The source code of Kaspersky Lab products and software will be available for review by "responsible" stakeholders; R&D will also be moved to Zurich. The company is also arranging for the data storage and processing, software assembly, and source code to be supervised by a third-party -- an unnamed member of the big four management consultancy firms.

Neumeier said a similar data processing centre will be opened in the future in Asia-Pacific, and another one in North America.

The United States government in September banned all federal agencies from using Kaspersky software over concerns about the Russian-based company's ties to the Kremlin.

Expanding further on the impact the US ban on its software has had, head of the CEO Office of Kaspersky Lab Anton Shingarev said the situation his company found itself in last year is "very unusual and very unexpected", but he said it isn't just about Kaspersky Lab as it affects the entire cybersecurity industry, too.

"The whole cybersecurity industry -- actually, the whole IT industry -- is changing ... because of the changes in the global geopolitical world, other companies will follow Kaspersky Lab," Shingarev said.

"It was pretty unexpected when it started last May; it quickly escalated to a pretty serious situation in the United States and Europe; one of the main reasons is geopolitical turbulence."

While Homeland Security has banned its software from being used, company chief Eugene Kaspersky previously said he isn't particularly concerned because his company's products weren't extensively used by US government in the first place. Shingarev and Neumeier on Tuesday confirmed around $50,000 in lost revenue from the US government as a result of the ban.

The trickle-down effect it is having is more concerning, they both conceded.

"Our R&D is mostly in Russia ... our software developers are mostly based in Russia and this backfires on us as Russia is involved in political conflict. Internal situation in the US also doesn't help us; conflict within the administration, within the intelligence community, is painful for us, because they use the story with Kaspersky Lab as just one in their own favour for their own purposes," Shingarev added.

"The allegations are wrong and false. Competitors abuse the situation; unfortunately for us ... we know they come to our customers spreading bad words about us.

"The importance of IT security is getting higher, now presidents are talking about [cybersecurity]; not just niche guys and geeks working in IT, and we detect one of the most sophisticated espionage operations ... and this causes great problems for many stakeholders in politics."

Shingarev said Kaspersky Lab found itself in a really hard situation last year, but it is now trying to use the "complicated and negative situation" as a push to change.

With its Australian headquarters currently in Melbourne, Kaspersky Lab will also be soon opening an office in Sydney.

The company also announced signing a memorandum of understanding with Swinburne University in a bid to enhance cybersecurity education by providing a "train-the-trainer" program.

Quoting the Australian government, Kaspersky Lab said estimates suggest the country needs another 11,000 cybersecurity specialists over the next decade.

Federal agencies have 90 days to remove Kaspersky Lab software from their systems.

The Russian cybersecurity firm has formed a new online cyber safety partnership with Crime Stoppers that aims to teach Australians how to be safe from online crime.

The Australian government has joined the United Kingdom and the United States in blaming the Kremlin for NotPetya attacks.

How artificial intelligence is unleashing a new type of cybercrime (TechRepublic)

Rather than hiding behind a mask to rob a bank, criminals are now hiding behind artificial intelligence to do their attack. However, financial institutions can use AI as well to combat these crimes.