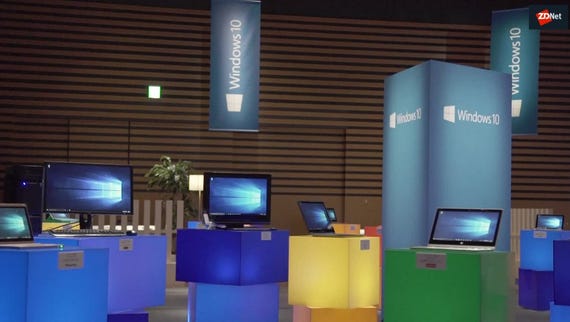 Microsoft has been telling users to upgrade to Windows 10 because of its superior in-built defenses against attacks, compared with Windows 7. That advice would be true if it properly implemented the defense known as Address Space Layout Randomization (ASLR).

ASLR is used by Android, Windows, Linux, iOS and macOS to prevent attacks that rely on code executing at predictable memory locations by loading programs at random addresses.

It's been used by Microsoft since Windows Vista to counter memory-based attacks. However, Microsoft introduced an error in Windows 8 when implementing a feature known as Force ASLR or system-wide mandatory ASLR.

This feature is meant to randomize executables even if an application hasn't enabled support for ASLR. It can be switched on through Microsoft's Enhanced Mitigation Experience Toolkit (EMET). As of the Windows 10 Fall Creators Update, EMET became part of Windows Defender Exploit Guard (WDEG).

But as Will Dormann of Carnegie Mellon University's CERT/CC discovered, enabling system-wide ASLR in Windows 8 and newer only does half the job it's meant to, resulting in programs being relocated but to the same address every time.

Dormann made the discovery while researching the recently discovered vulnerability stemming from Microsoft Equation Editor, or EQNEDT32.EXE, which was compiled 17 years ago, long before ASLR was supported on Windows.

In theory, an admin could force ASLR on EQNEDT32.EXE by enabling system-wide ASLR in EMET or WDEG.

Not only is the feature "worthless" in Windows 10, but Windows 7 with EMET actually does a better job of enforcing ASLR than Windows 10, according to Dormann.

"Windows 8 and newer systems that have system-wide ASLR enabled via EMET or Windows Defender Exploit Guard will have non-DYNAMICBASE applications relocated to a predictable location, thus voiding any benefit of mandatory ASLR. This can make exploitation of some classes of vulnerabilities easier," wrote Dormann in a CERT/CC advisory.

Dormann notes there is no solution to this problem, but has offered a workaround in the advisory that admins can follow.

ZDNet has contacted Microsoft for its comments and will update this story if it receives a response.

Ed Bott's extensive collection of Windows 10 tips, organized by category. This page includes the most popular tips for networking and security.

Are you tired of clicking through categories to find a specific Windows 10 setting? If you know the right commands, you can create shortcuts that take you to specific pages with a single click.

Join Discussion for: Key Windows 10 defense is 'worthless' and...